The newest addition to my healthy salad dressing collection is here: it’s made with brown German mustard, grated shallot (or onion) and white wine vinegar. It is full of bold bright flavor and pairs with a variety of salad ingredients. It was inspired by the salad dressing I loved on a recent trip to Germany. It is whole-30 compliant, paleo, sugar-free, vegan and gluten-free. 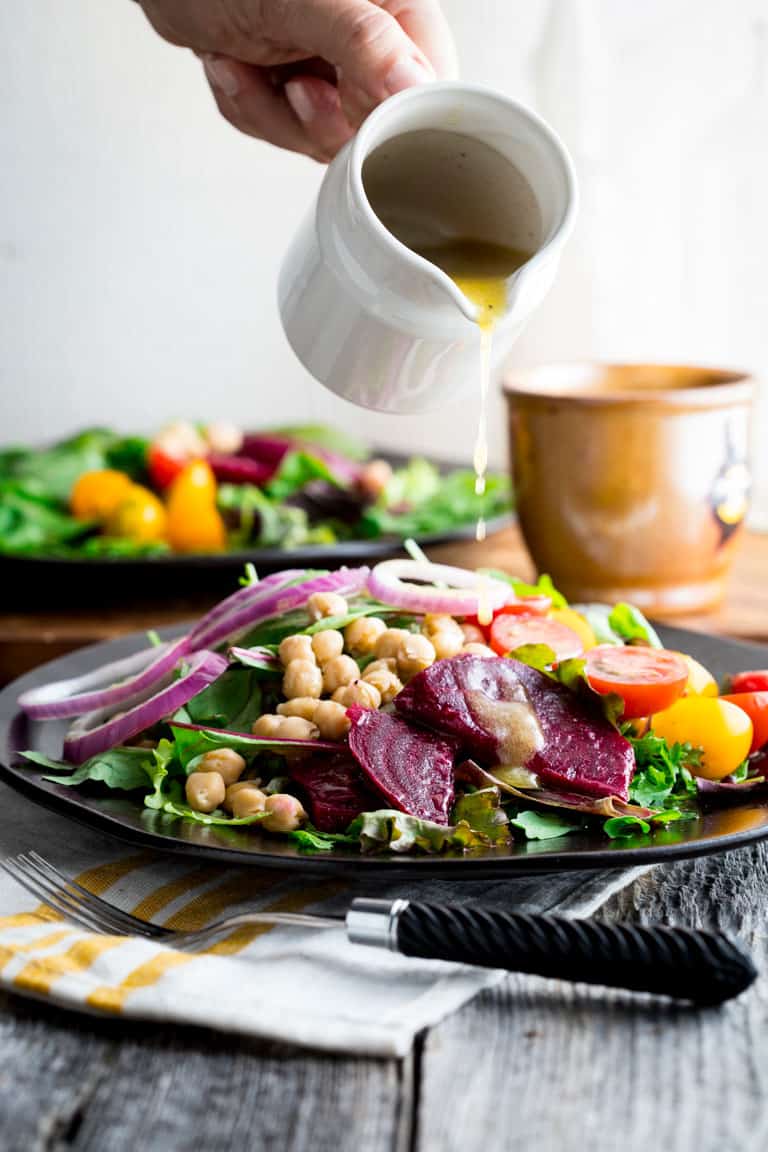 If you a) don’t follow me on Instagram (you should be) and you b) don’t subscribe to my email list (you should be) then you probably c) had no idea that I took a month off from cooking and shooting and spent time with my family and d) took a trip to Europe with my husband while my kids were at sleepaway camp.

So let’s catch up about that! We went first to the Mosel in Germany and then to Alsace in France. We were gone a total of 8 days (not nearly long enough if you ask me) and had a spectacular time being together without our kids. I love those girls to death, but I love my husband too, and it was so nice to spend time with him just the two of us- with no responsibilities other than making it to our dinner reservations on time. 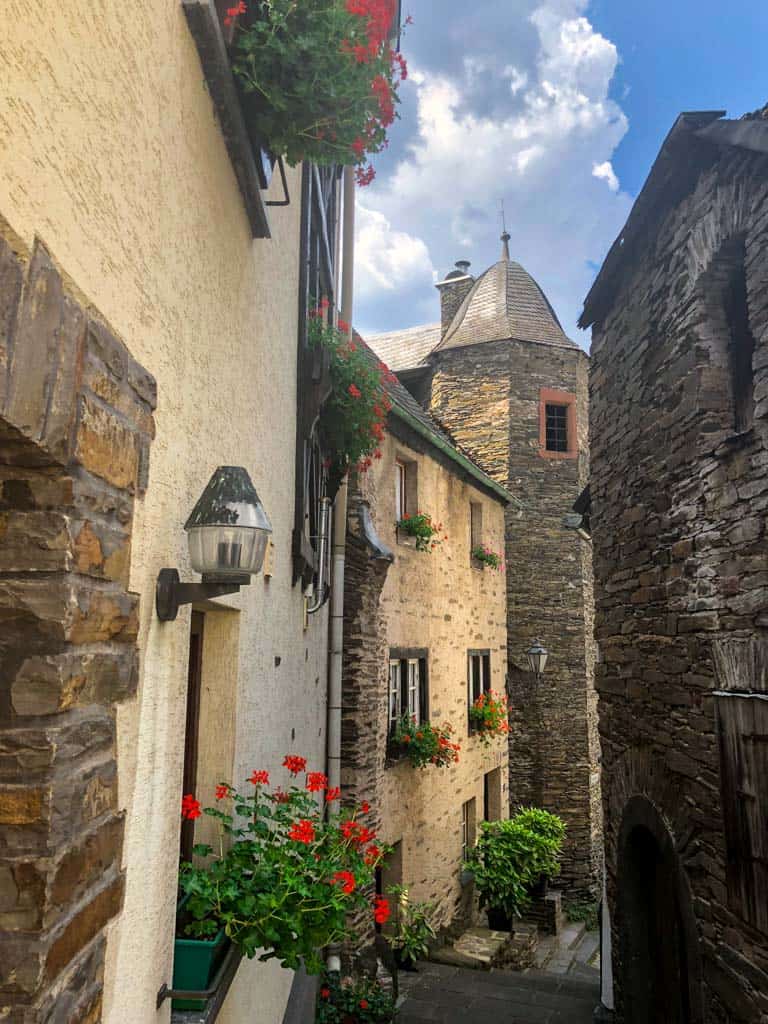 The Mosel (or Moselle) is an area a little North and to the West of Frankfurt named for a surpentine river that runs through the bottom of the valley. It is flanked by hillsides covered with vineyards and has idyllic little villages all along the river, which pop up ever two or three kilometers. All of them filled with half timber Hansel and Gretel houses and buildings. There’s a very well maintained bike path that follows the river all the way from France to where the Mosel meets the Rhine! So there is plenty of recreating to do during the day. And there is lots of wines to sip by evening! 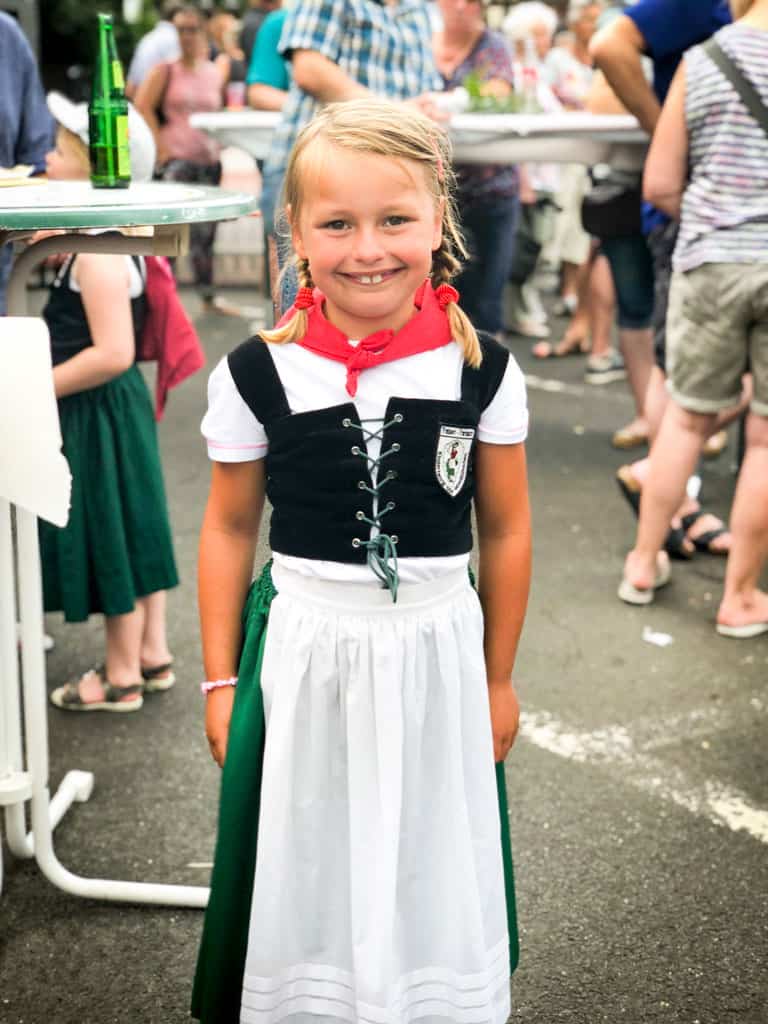 We biked, and hiked, and shopped and tasted wines. We visited and toured a Castle (they didn’t allow photography) and a mustard mill where they cold grind mustard. We got to learn all about it, and sample all the different blends. We learned that the cold grinding process preserves the strong mustard oils because the stone doesn’t heat up and singe them.  It made our eyes burn within a few minutes of the grinding process. I brought home several jars. We also went to a wine festival and watched an actual May Pole lifting ceremony! This little cutie above was in a traditional dance performance and was so proud to show me her clothes. I melt! 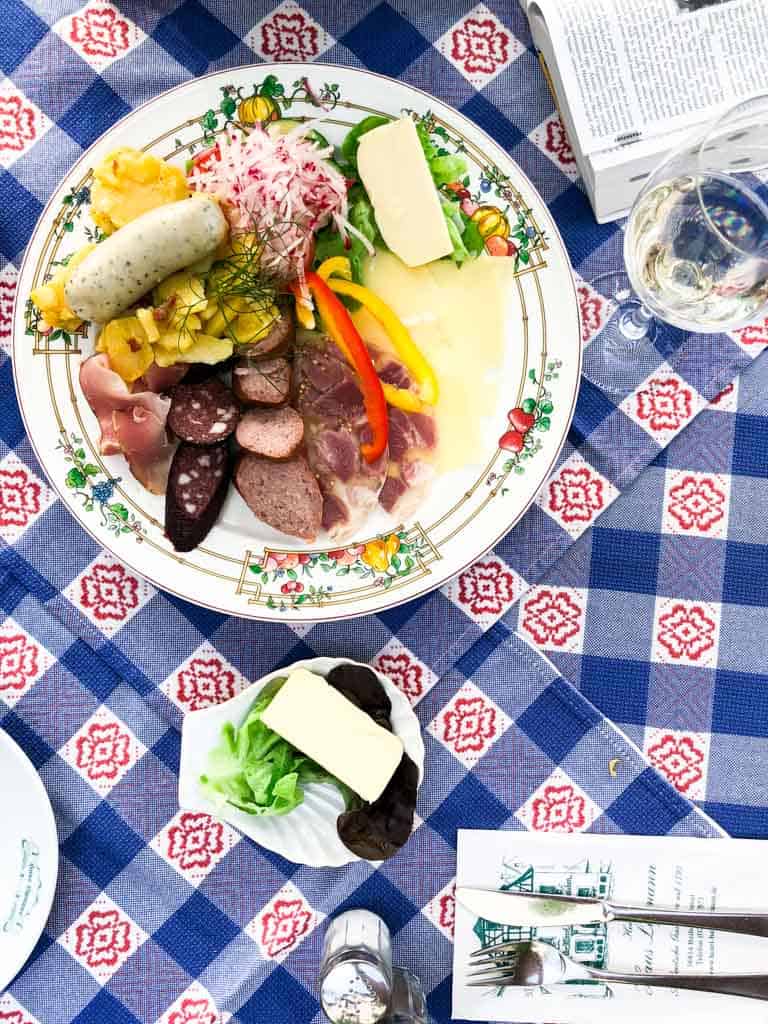 This above photo was a sausage sampler plate at Haus Lipmann in Beilstein. The white sausage on the top left on top of the warm German potato salad was the only sausage that was served warm on this dish. It was very soft with a snappy natural casing and had herbs and spices in it. I think it was a knockwurst, but I am not sure. Let me know in the comments below if you know the name of it. We ordered this as an appetizer before an afternoon stroll and then had to roll ourselves out of there. That evening we didn’t have dinner until very late, and all we wanted was salad. The one I had that night was an arrangement of beautiful whole butter leaf lettuces with shaved red onions and finely crumbed very salty bacon on top. And the dressing will be forever embedded in my dreams!

I wouldn’t have expected to fall in love with a salad dressing in Germany, but that’s just what happened. I mean, I thought Germany was known for it’s sausages (it is!) and schnitzels (and beer!) not for their salads. How wrong was I?! After that first salad I took it upon myself to order them everywhere we went. And I was delighted that they continued to be stellar! They were often beautiful massive composed art pieces with a bit of this and a bit of that, almost like a buddha bowl. Several had pickled beets on them, and one I tried had some sauerkraut on it! Most had hard boiled eggs. They were all laced with refreshingly bright salad dressing made with (local) white wine vinegar and tons of robust German mustard in them. 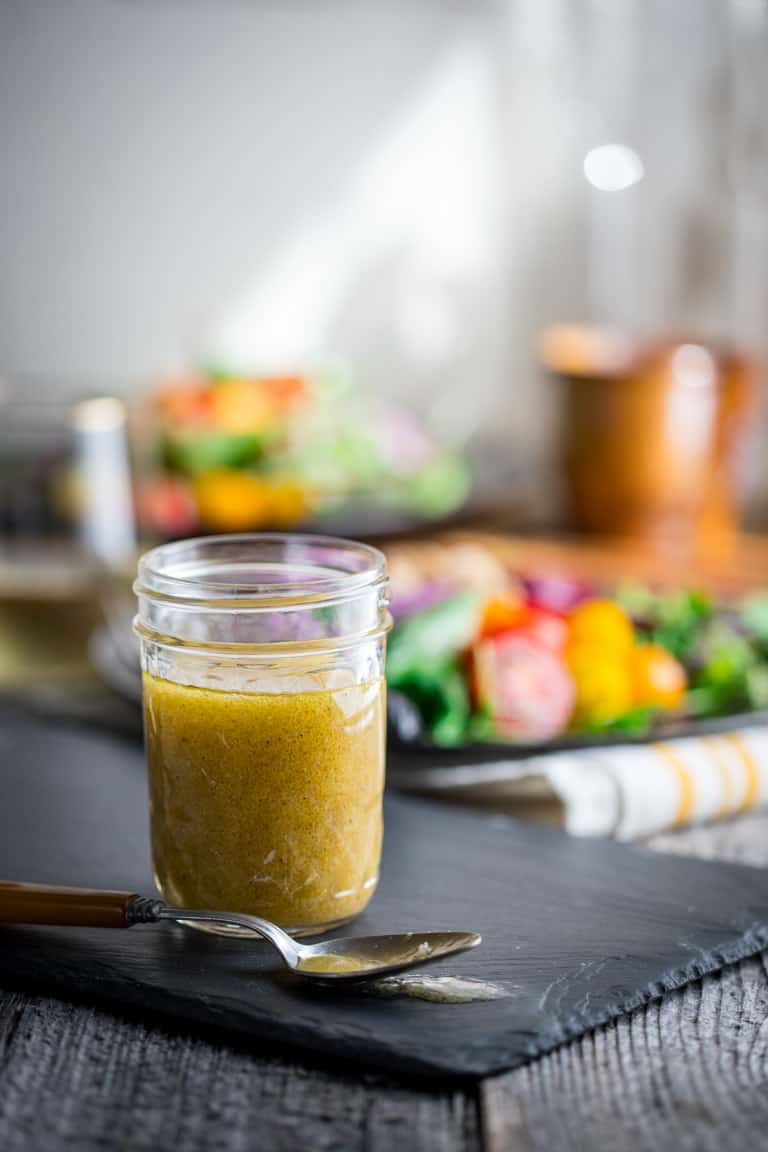 Which brings me to my new recipe today! German Mustard Salad Dressing. I should say up front, don’t worry you don’t need to go to the German mustard factory if you want to make this. I also tested it with brown deli mustard and it is also great that way. But if you can find German mustard, all the better. 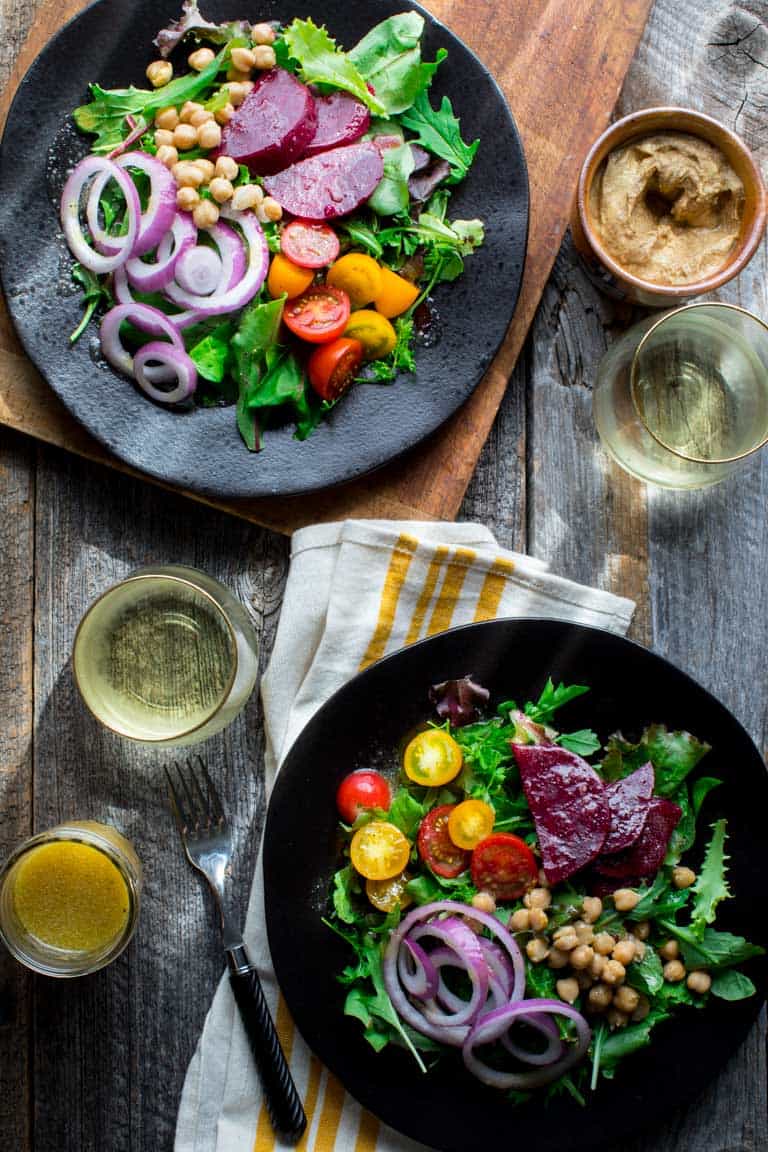 Tip: If after refrigeration it becomes solid, bring to room temperature by setting the jar in a warm water bath for 10 minutes.
Whole 30: Do not use the sugar to keep it compliant.