Cauliflower rice recipe made with scallions, butter garlic and a little rosemary. A simple low-carb side dish with only 54 calories per serving to pair with so many different flavors. It is grain free and vegetarian friendly. 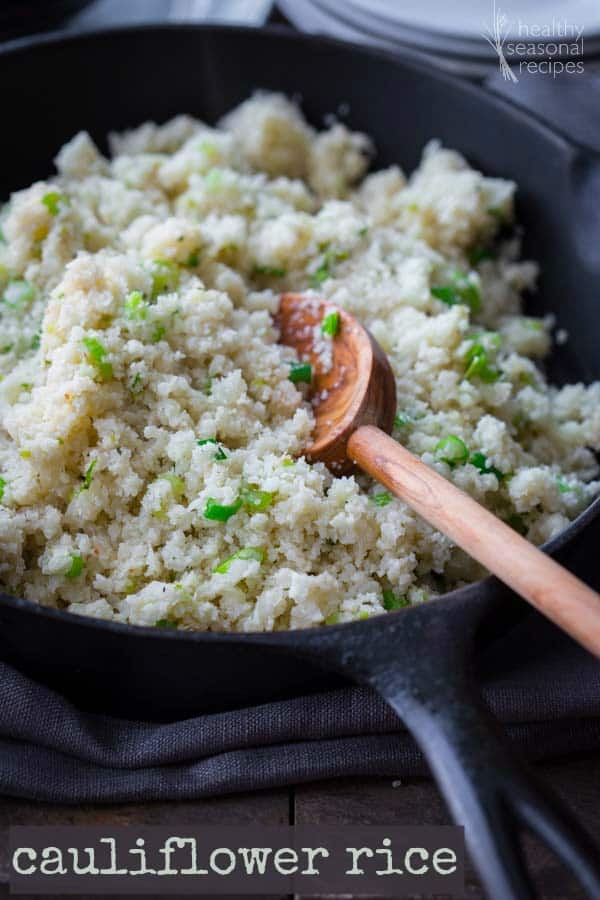 Years ago, when we were unbearably sleep deprived and in the thick of having a newborn, Jase and I, for a brief time used this silly tacky contraption for our daughters crib that played light and music and allowed us to catch 3 and a half minutes of sleep while our daughter was dazzled by it in all its seahorse and bubble glory. We called it the Fisher Price Mom. Is there such a thing as that for puppies? Or like Baby Einstein or an exersaucer for puppies? Something? Anything! I need that. 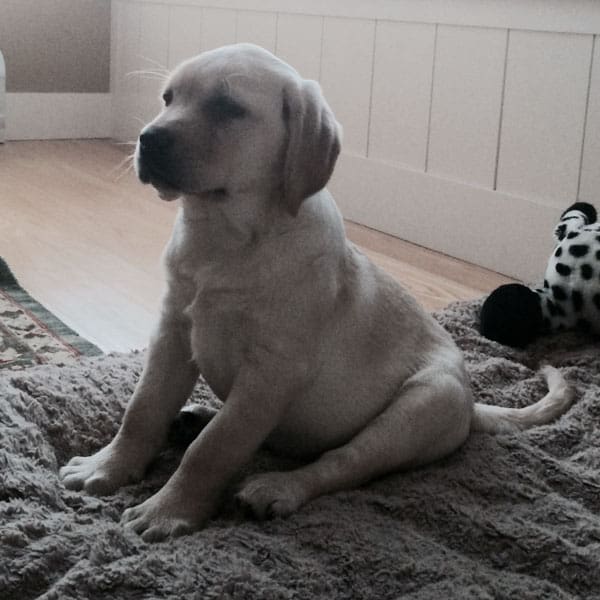 I am deep in the weeds of having a new puppy, and it is a miracle that anything of value is happening around here on the blog. My prose are not exactly flowing and all my energy is going to Bissell-ing up messes, trying to take puppy for a walk (but she just runs her collar and leash into the snow bank in an attempt to free herself of it) and generally avoiding puncture wounds. 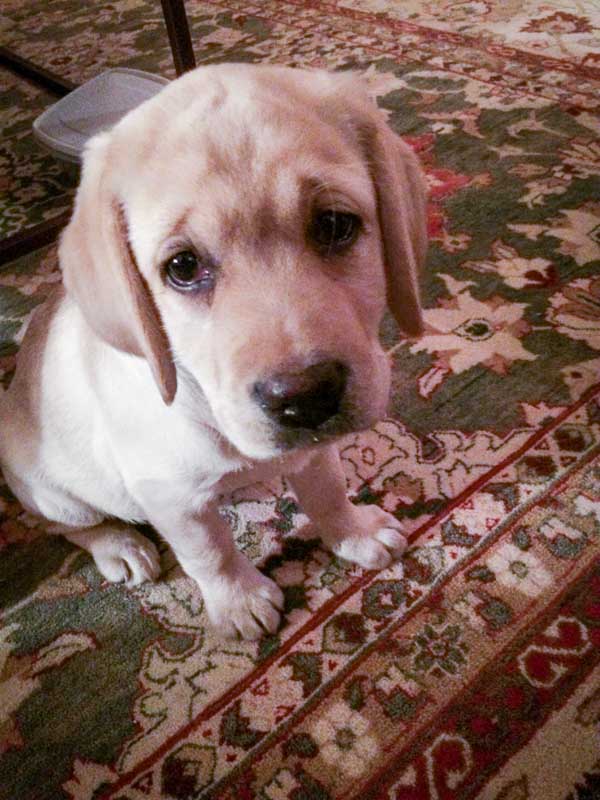 Oh, did I tell you we decided on a name finally. Judy T. Which is short for Judith Tahini. We chose Judy because we thought it was funny to name her a non pet name, one that was way more human than yellow lab. And Tahini since that’s what color she is. 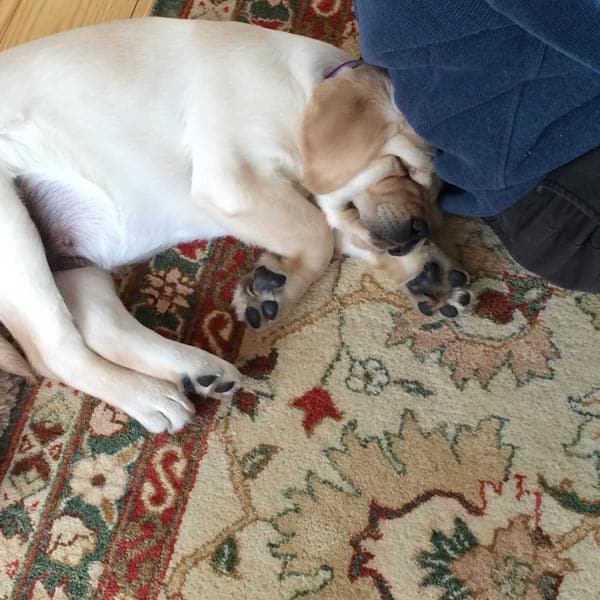 She was super duper mellow the first many days we brought her home. Turns out though that she actually had a little tummy bug called Coccidia, and she actually felt crappy. So we gave her some meds and now she feeling frisky as all get out. Which is a nice way of saying she is a little freakin’ terror. My little one came up with the nickname “Wound Hound!” for her. Thank goodness she is so adorbs. Though now she is so wild I can’t get any pictures of her except of those the inside of her sharp-as-heck-teeth-filled-mouth-as-she-attempts-to-eat-my-phone. 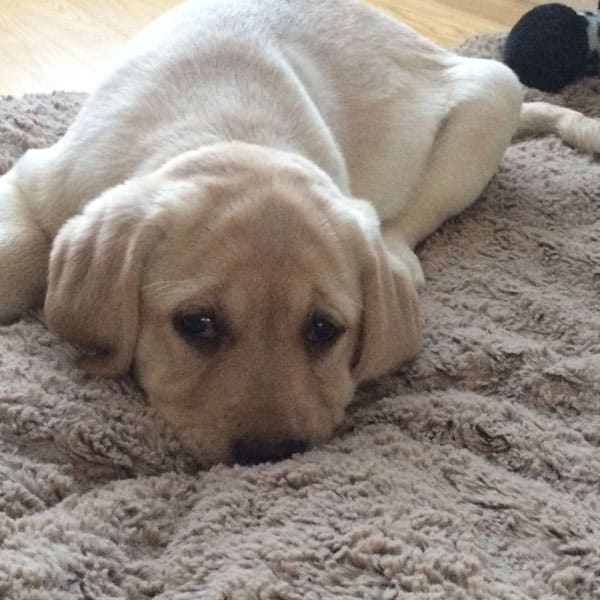 Because I am lacking in brain power to devote to a seamless segue from puppy rearing into this cauliflower recipe, I am just going to clunkily thunk a photo of it down between paragraphs. 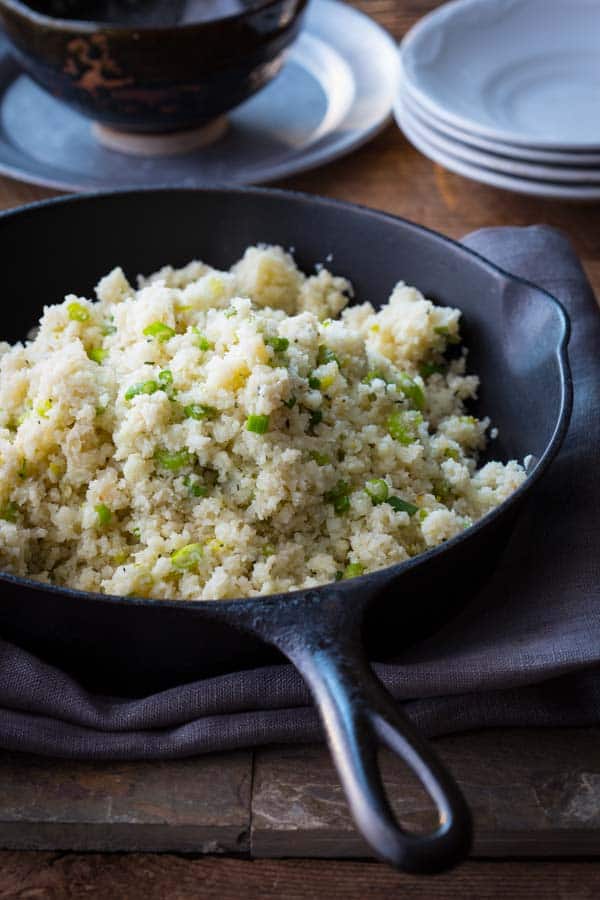 Sorry dudes, I know I am capable of better than that. I hope the above cute photos make up for that.

When I was putting together this round-up of 15 healthy cauliflower recipes last winter I came across the idea of cauliflower rice here and there, and for some reason, I didn’t try it. Maybe I thought it was too involved, or that it would be too cauliflowery (is that a word?) or maybe I just have way too many things that I am always wanting to try and I am constantly running out of runway every single day. 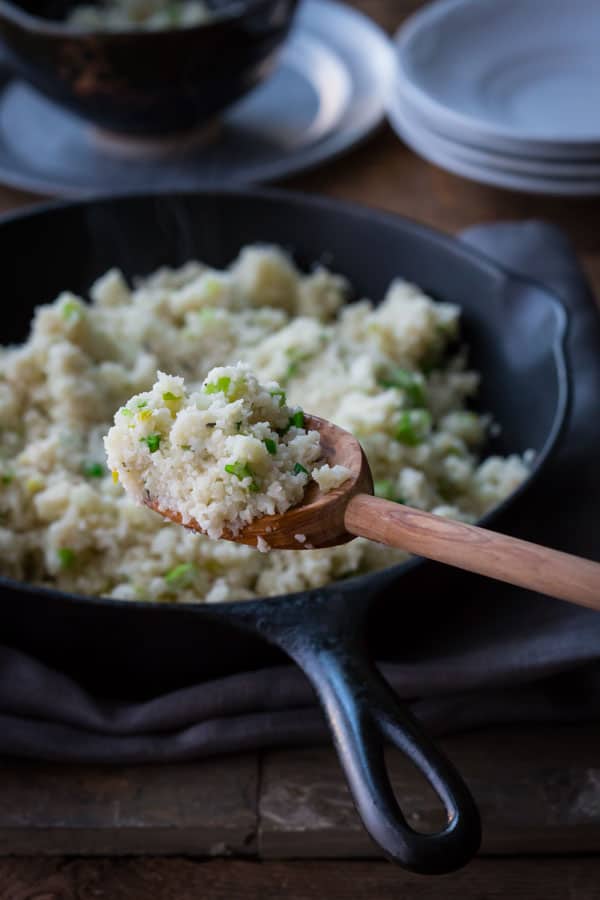 But then last week I saw this simple cauliflower rice recipe on Enjoy Every Bite and it just looked so easy and simple. And like it would go with just about anything. And the real reason I finally decided to make it is that I happened to have a head of cauliflower in the fridge right at that moment. So I made it, and I was like, damn, why did I wait so long to try this? It was great!

So I figured I better share a version of it with you here, and let you know that you shouldn’t wait 14 months before you try it.

Here’s how to make Cauliflower Rice

What To Serve with Cauliflower Rice

It is totally neutral in flavor, and really a blank canvas for whatever you want to pair with it or add to it.

I think it would be wonderful with this Tofu Marsala or this Skillet Chicken and Cheddar Chive Sauce. I use it instead of rice to serve with Chicken and Veggie Stir-fry too. Feel free to mix up the seasonings in the “rice” itself. I think adding sun dried tomatoes and pesto to it would be great too. 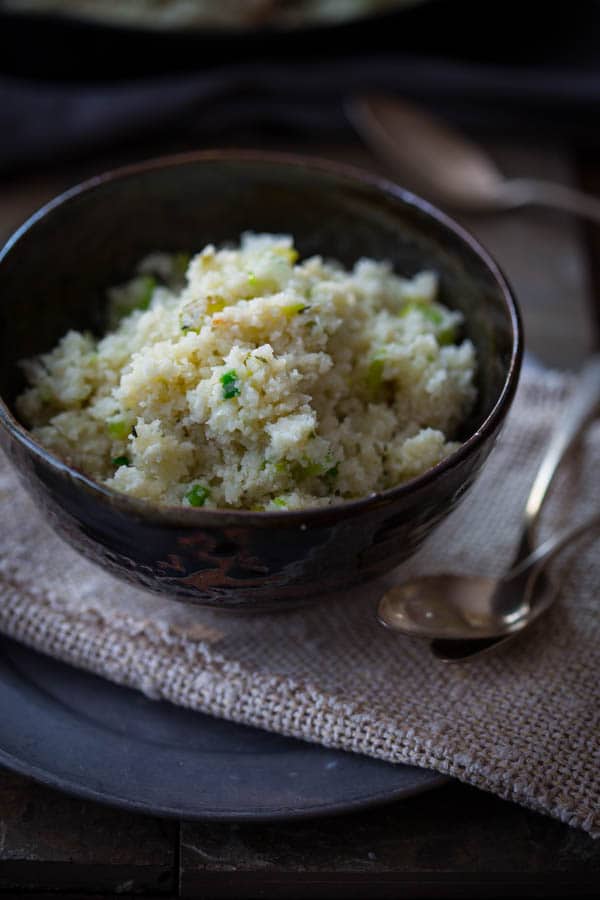 How to achieve the best Cauliflower rice texture:

To cut the cauliflower up before sautéing it, I cored the head, and cut it into chunks. Then I pulsed it in the food processor in three batches. A few pieces stayed large, so I pulled them out, dumped the granulated “rice” into a bowl and reprocessed the large chunks.

Is Cauliflower Rice Good For You?

This cauliflower rice recipe has only about a third of the calories of the same volume of white rice. Consider swapping out lower calorie sides that fill up your plate and belly with fiber and volume.

Do you know of good puppy distractions?

Have you made cauliflower rice before?

What flavor combos would you like to try with this recipe?

Cauliflower rice is a plain and simple low carb vegetable side dish and rice alternative. It’s ready in 20 minutes or less and is also gluten free and wheat free!