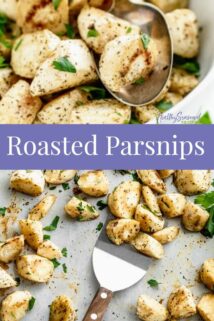 Today I have a super simple recipe for roasted spring-dug parsnips with oil, herbs and salt. This technique of cooking parsnips is as easy as can be, plus they’re a naturally gluten-free and paleo side dish. 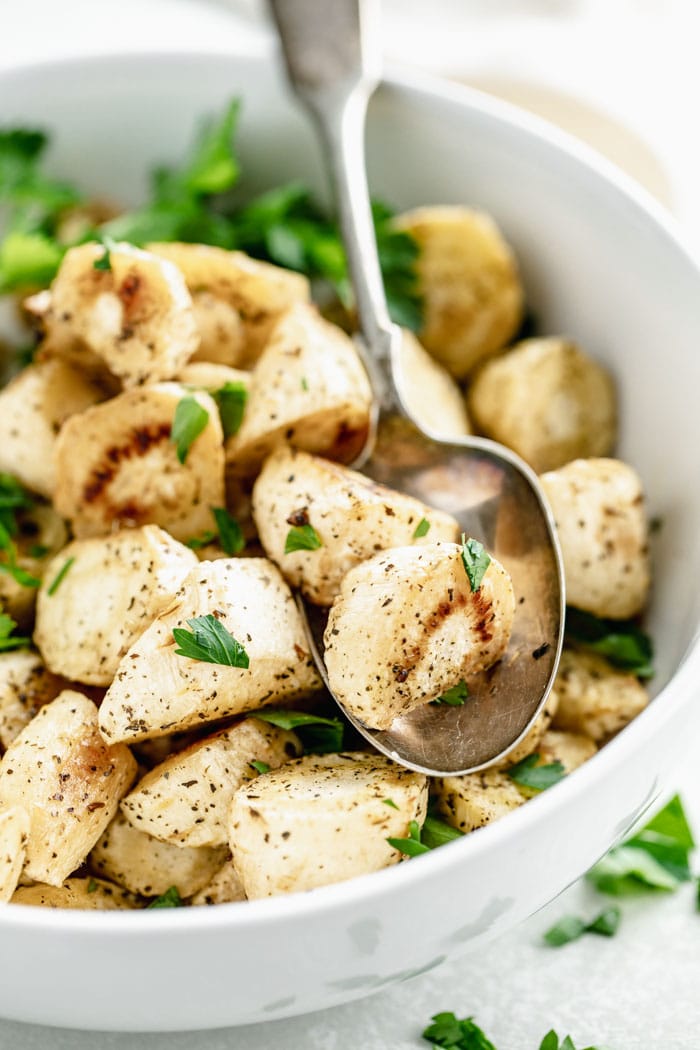 This post was originally shared on March 12, 2015. I have updated the photos and some of the text today.

What Are Spring Dug Parsnips?

I always thought of parsnips as being a fall vegetable. I was sort of right since that’s when they stop growing. But I was also wrong too. Because while you can get harvest them in the fall, and find them in the store all through the cold season, they are even better in the spring.

When I was working on this Farm to School Cookbook project years ago, Abby (the director of the project and locavore guru) told me that parsnips are worth seeking out in the spring. They are even called “Spring-dug Parsnips.”

This means that they are technically ready/edible in the fall, but instead of overwintering them in storage, they stay in the ground and are dug in the spring. What happens is that spending the winter in the cold soil makes their starches convert to sugars making them perfectly candy like come spring.

You guys have to seek some out. Or maybe you’ve started getting them in your CSA these last few weeks or so. I got some from ours I was so excited to make something with them. 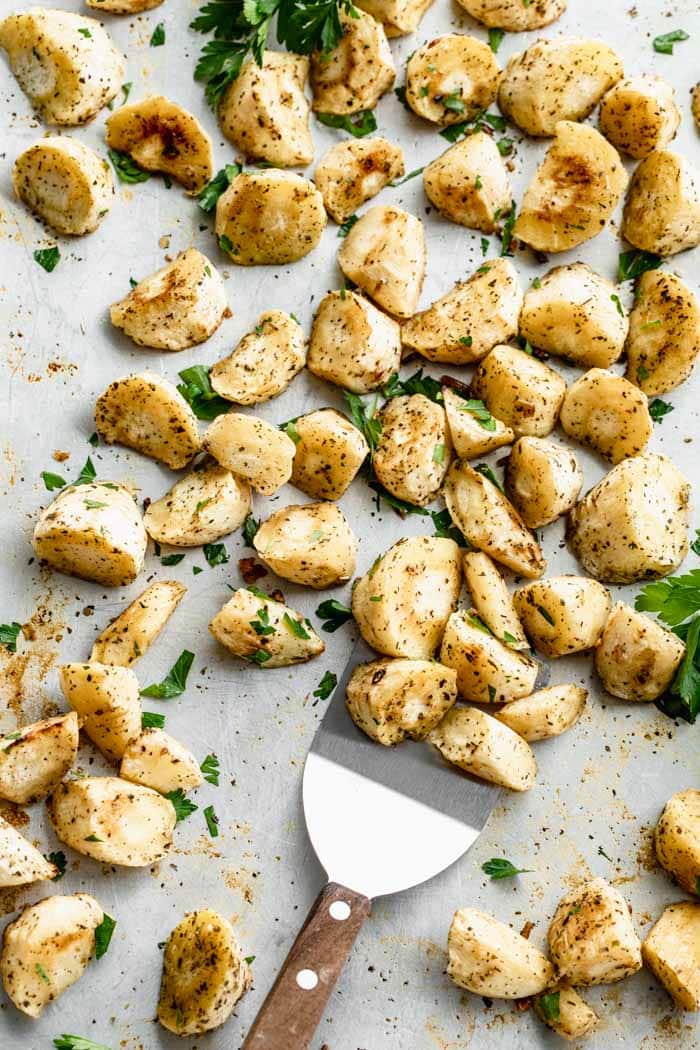 What To Make With Parsnips

I toyed around with the idea of making my Morning Glory Parsnip Coffee Cake which is a recipe from my cookbook. I know that sounds strange, but think of it sort of  like carrot cake, and you’ll get the picture. But I am kinda swamped these days, and I didn’t really have the time.

Last year I discovered mashing parsnips and carrots together. OMG- you must try that friends! I also love adding them to soups, like my Cream of Cauliflower soup, or my Paleo Chicken Soup last week. They add a lovely sweetness!

That’s when I was reminded of my mission to bring you easy and low maintenance recipes, like my Simple Sauteed Swiss Chard and this basic Steamed Cauliflower recipe. You all always love these basic veggie side dishes and roasted veggies like these roasted turnips. So I decided to do that instead.

Plus, I didn’t want to mess with the simple perfection of these parsnips. Did I mention they taste like candy?!

So all I did was peel them, toss them with oil, salt and herbs and roast them until they were tender. Mercy they are good! I single-handedly ate half a batch of these in less than 24 hours. Oops! That’s a pound of parnips! #Ilovecarbs 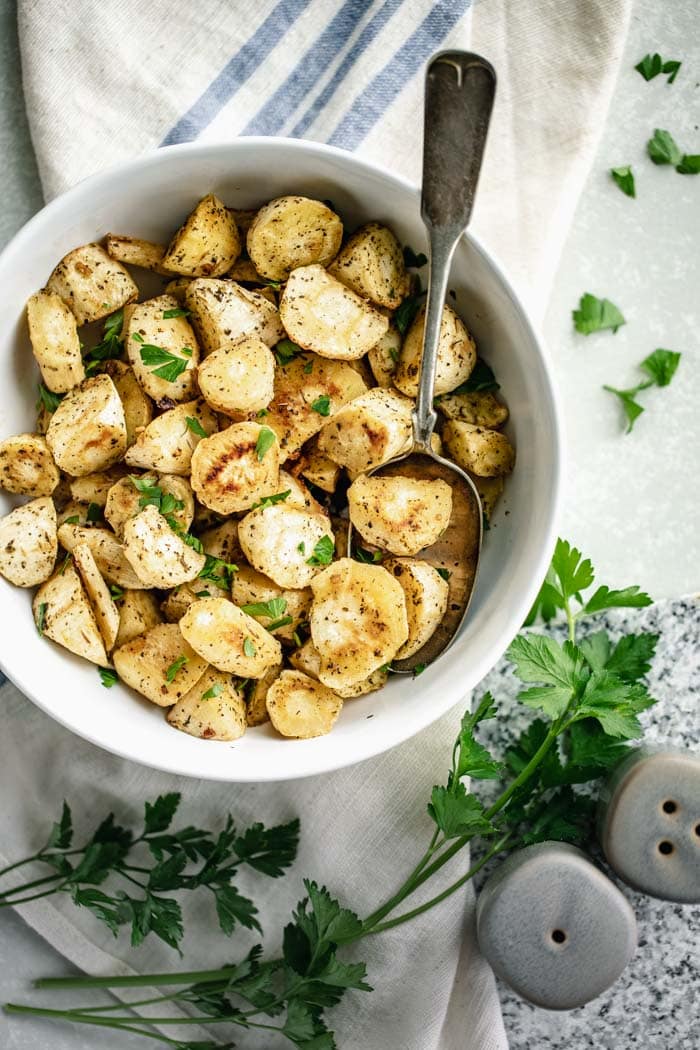 How To Buy Parsnips

How To Make Roasted Parsnips 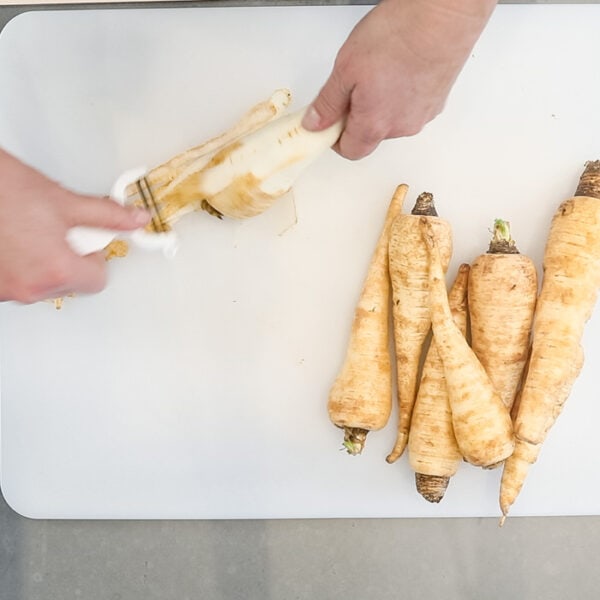 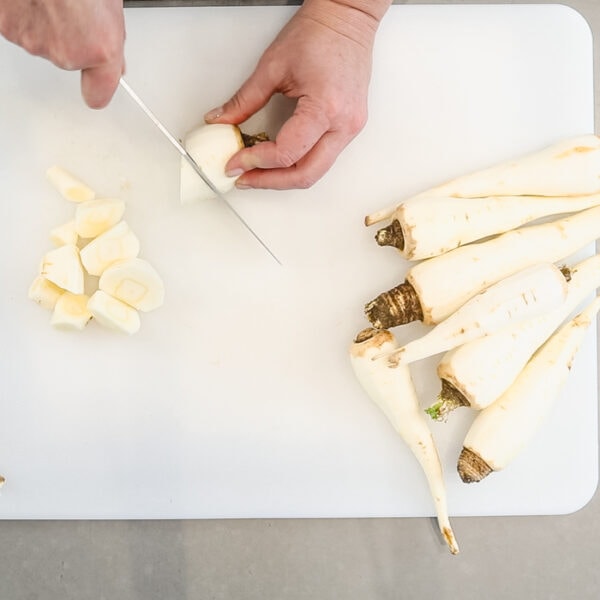 2. Cut the parsnips on a slight bias using an oblique cut 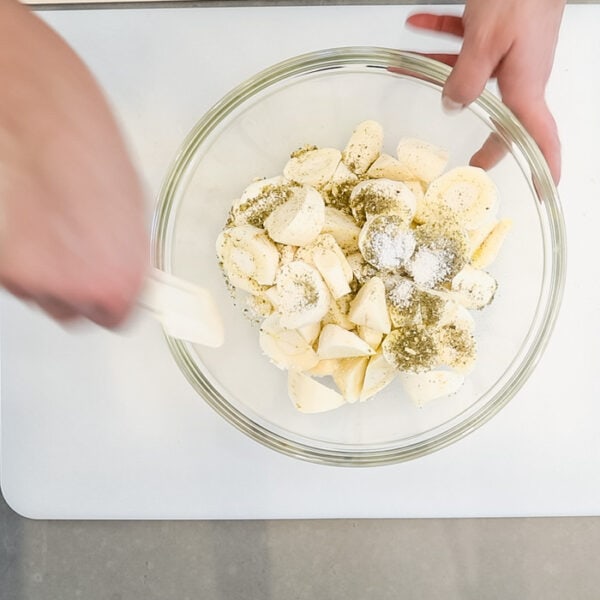 3. Toss the parsnip chunks with oil and seasonings 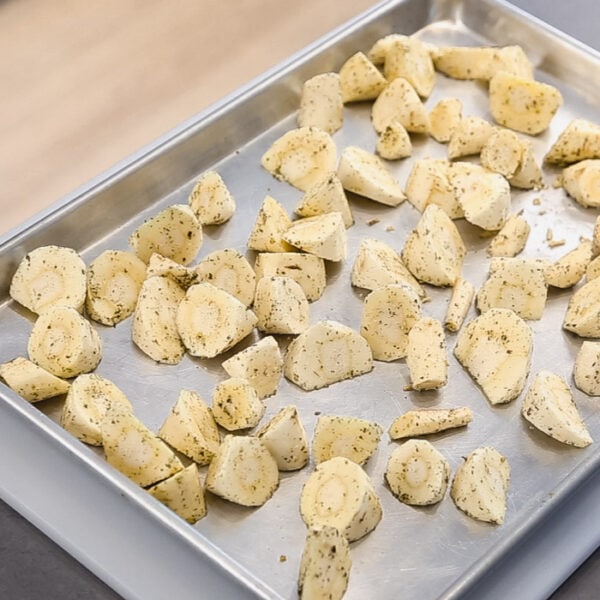 4. Spread the parsnips on a rimmed baking sheet and transfer to the oven

What To Serve With These Roasted Parsnips

Make Ahead Tips For Roasted Parsnips

You can cut the parsnips up to four days ahead. Just store them in a resealable glass container in the fridge to keep them cold and dry. When you’re ready to make them, toss them with the oil and seasonings just before roasting them.

Thank you for reading. If you make this recipe, please come back to leave a star rating and review! Please join me on instagram too!

Here is a simple recipe for roasted parsnips. Simply toss them with oil, herbs and salt and let the oven roast them into a perfect sweet and savory side dish. 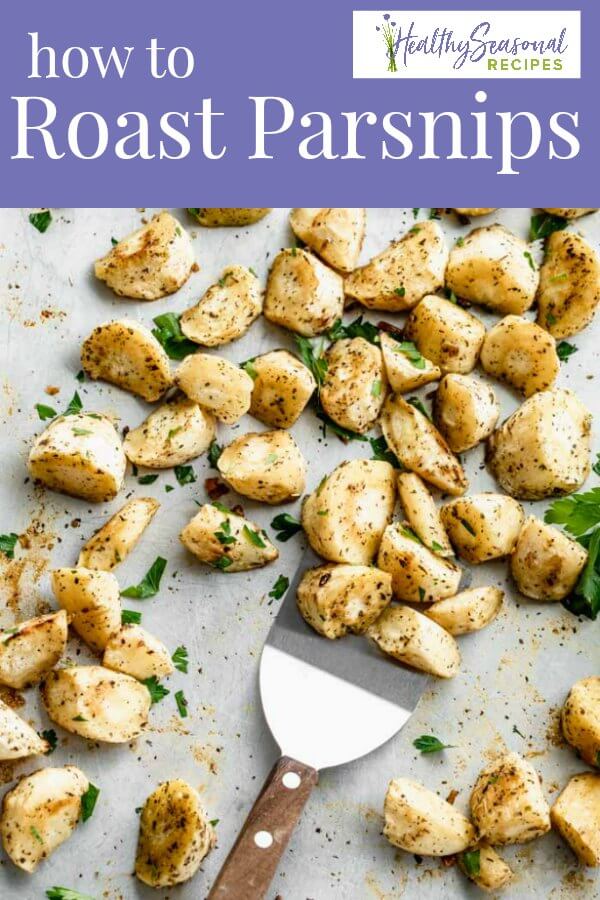 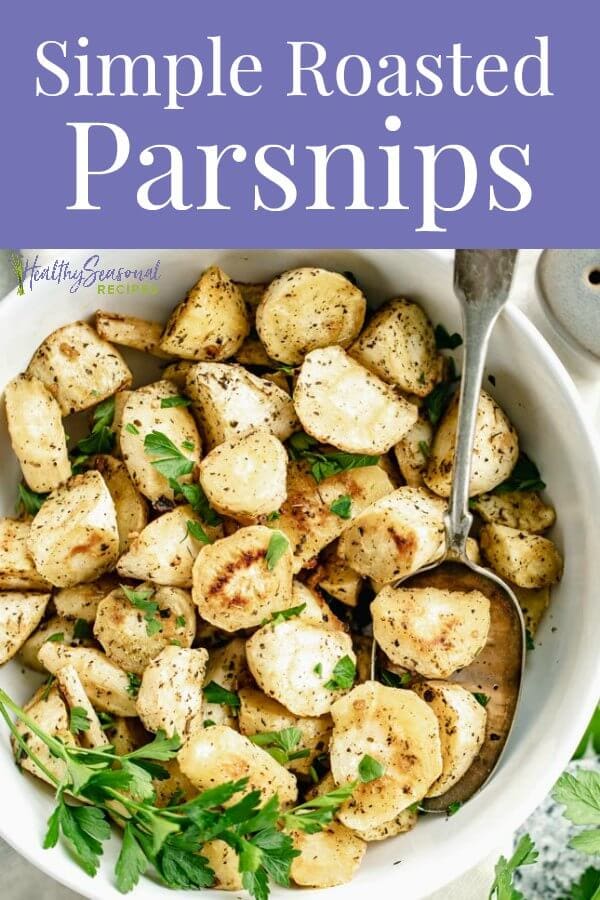