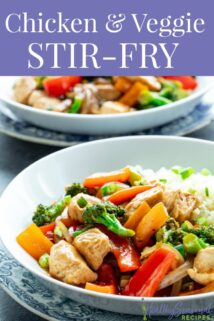 Forget about take out! This easy and healthy Chicken and Veggie Stir-fry is a 30 minute veggie-heavy dinner the whole family will love. It’s grain-free and soy-free so that means it’s Paleo friendly! It’s loaded with broccoli, peppers and boneless skinless chicken breast. 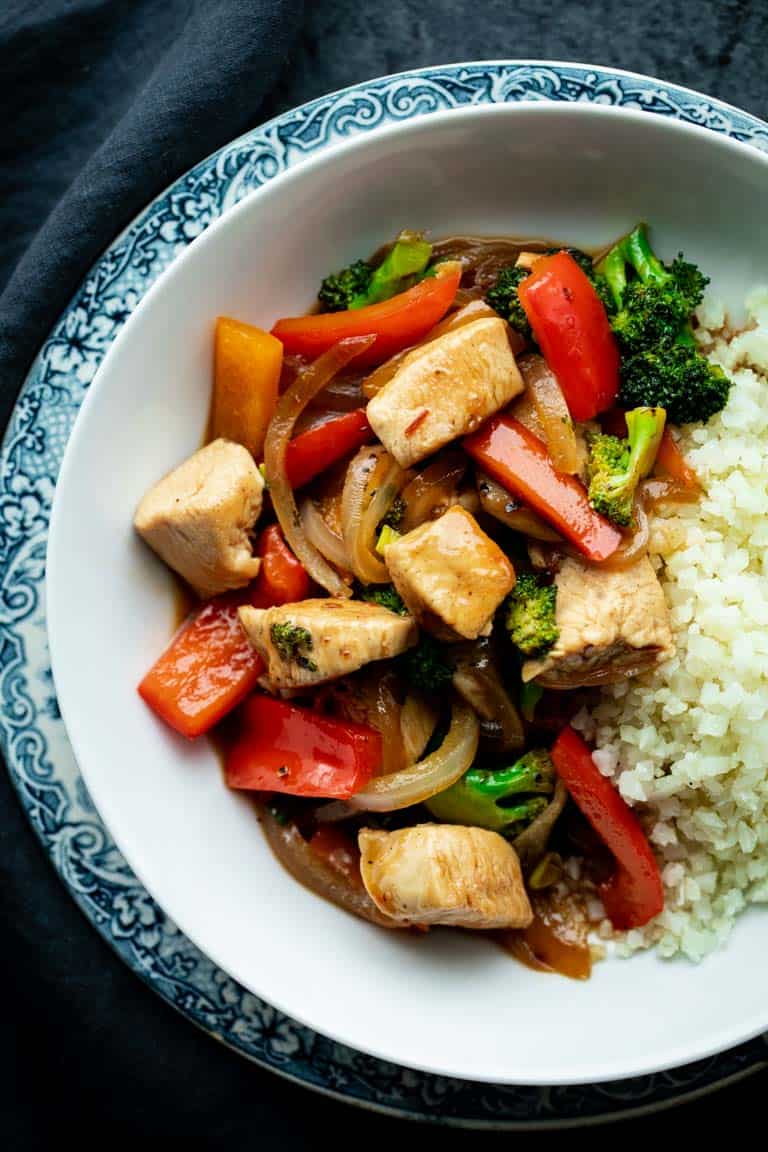 This year I am thrilled to be partnering with one of my favorite brands, La Tourangellle Artisan Oils. I have been in love with their oils for years, and have even featured them here on Healthy Seasonal Recipes in an unofficial capacity before. I have always loved them for their high quality, heart healthy pure oils. Not to mention for their drop-dead gorgeous packaging! But recently I learned there is even more to love. La Tourangelle is family owned and was originally in France. Now it operates using the same 150 year old techniques at a mill in California- the only one of its kind here in the states!

Anyway, I could gush on and on forever, so I am going to try to stay somewhat focused today. I have a super simple paleo-friendly stir-fry with chicken and veggies in it. I thought it would be a great healthy recipe to share during the January paleo challenge my husband and I are doing.

Speaking of which, eating paleo (aka grain-free and dairy free) this month is going great! Jase told me this morning he has already lost 8 pounds! And my belly issues have improved! It’s amazing! Thank you so much for all of your support during this time! I am so grateful for you guys! 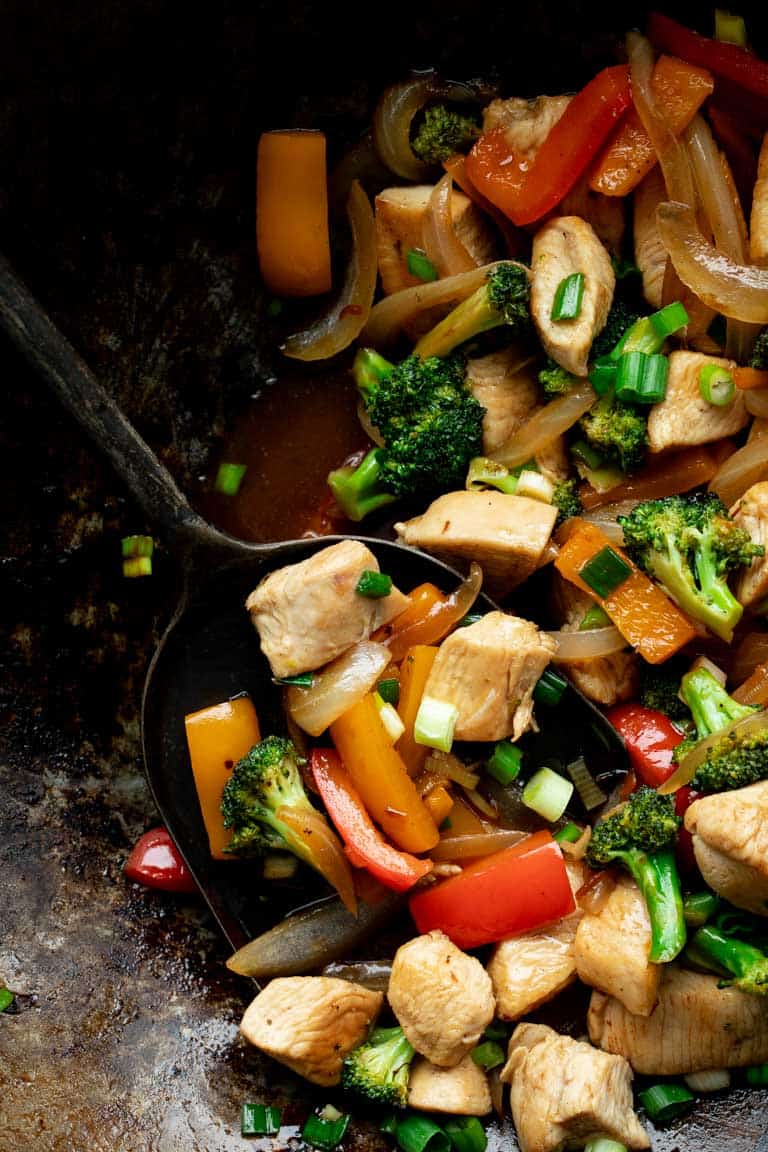 Anyway, back to this recipe…

One of the things I wanted to talk about is about why I used two different oils in it. But first, we have to talk about smoke point. 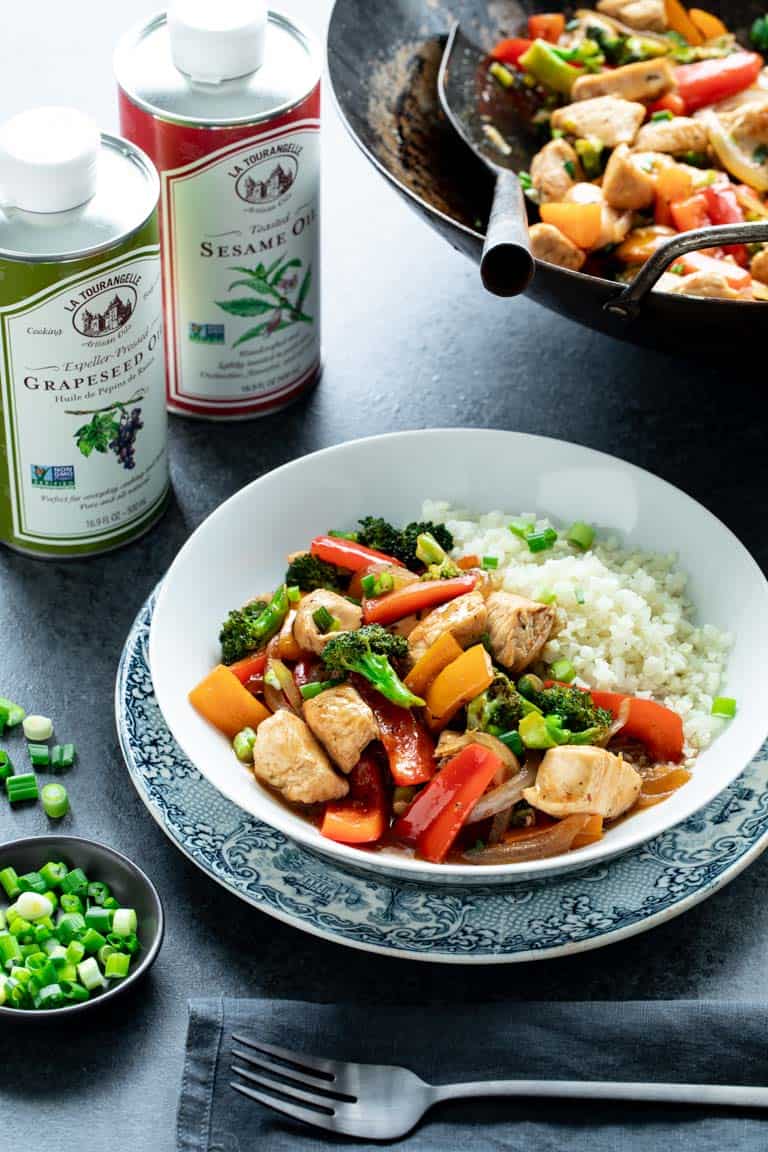 The Smoke Point of Oils

Do you know what the smoke point of oil is? That’s the temperature at which an oil starts to go from being a liquid to a vapor and it gradually begins starting to smoke. You’ve likely seen this before, if you are heating up oil in your skillet, and get distracted, and all of a sudden your skillet is smoking! Well that’s because it got so hot that it reached its smoke point. When it does, the oil’s structure breaks down (which isn’t healthy) and it’ll take on a foul taste and smell. Different oils have different smoke points. Luckily you can look right on the packaging of La Tourangelle artisan oils to see which should be used at lower temps and which can be used at higher ones. There is a little thermometer letting you know which type of oil it is.

The smoke point is why I decided that I wanted to use two separate oils for this recipe. First I used grape-seed oil which is a high-heat neutral cooking oil. I used that to sear the chicken and veggies over high heat. Since it has a high smoke point, the oil is not damaged by the higher heat required in a stir-fry. And then I added Toasted Sesame Oil as a second, super flavorful, oil to add to the sauce to make the veggies and chicken flavors pop! The liquid in the sauce brings the temperature of the pan down, and prevents the oil from getting to that smoke point. 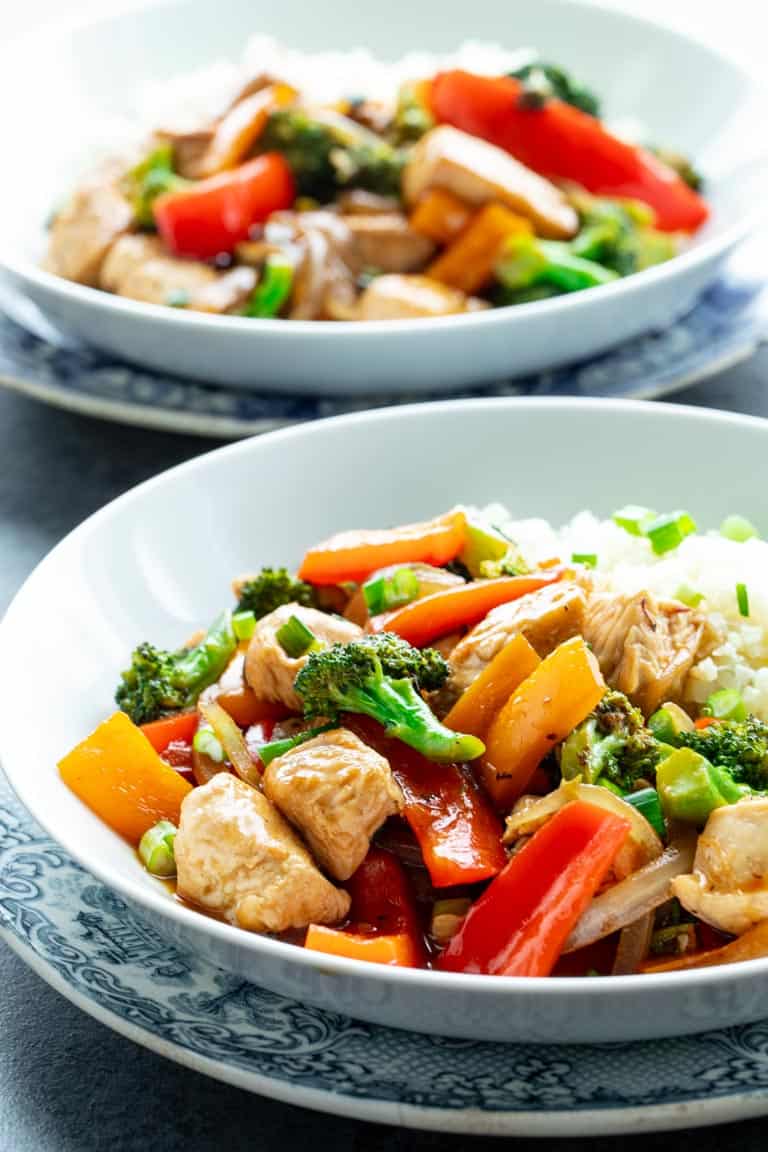 How to Make Chicken and Veggie Stir-fry

To try either of these delicious high quality artisan oils by La Tourangelle, you can pop right over here to have them sent right to your doorstep! 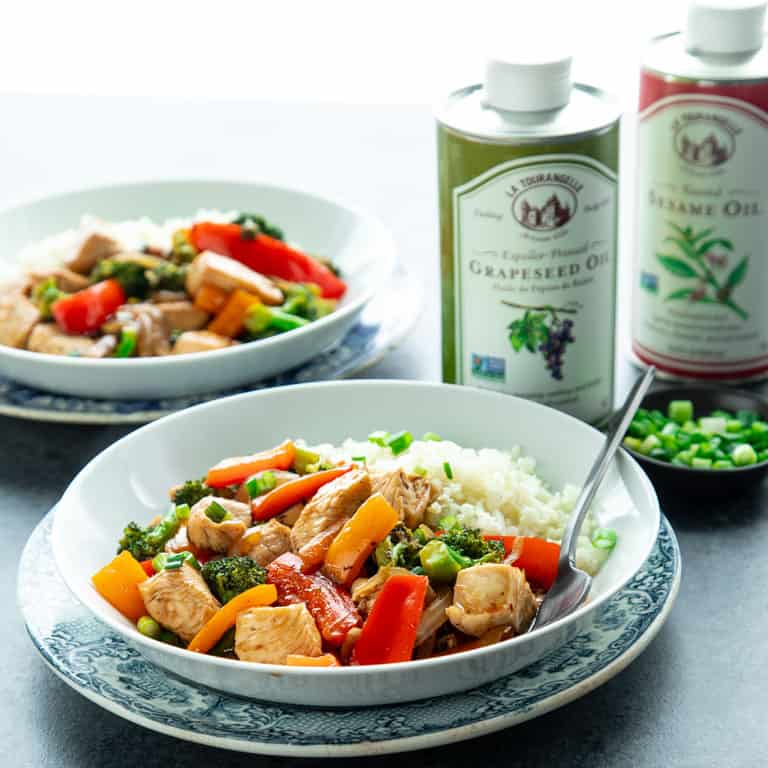 Have you ever let a skillet of oil get too hot?

Have you ever tasted oil that has gotten past its smoke point?

What kind of veggies do you add to a stir-fry that you know your family will love?

Forget about take-out! This easy and healthy Chicken and Veggie Stir-fry is a 30 minute veggie-heavy dinner the whole family will love. It’s grain-free and soy-free so that means it’s Paleo friendly! It’s loaded with broccoli, peppers and boneless skinless chicken breast. 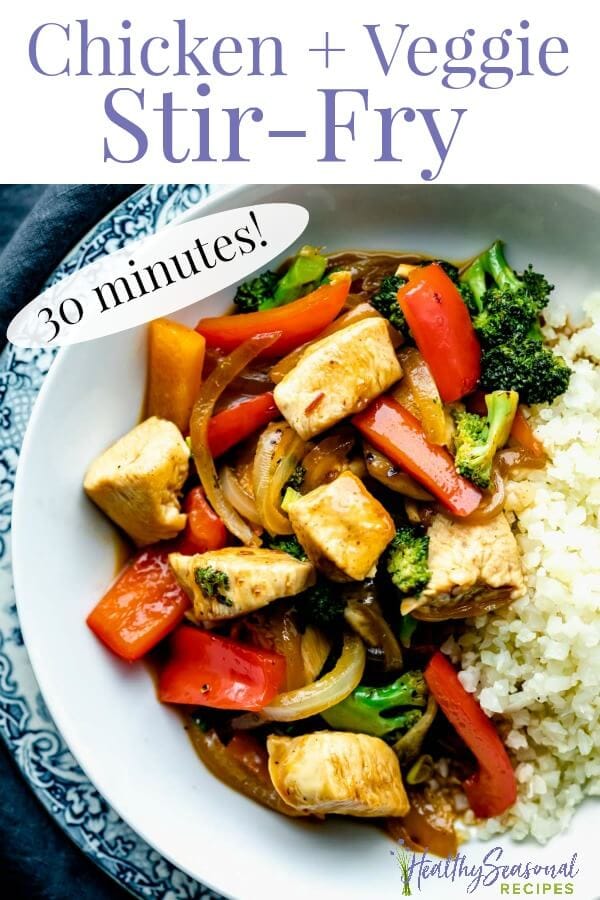 18 comments on “chicken and veggie stir-fry”