This Maple, Potato and Sausage Breakfast Skillet with Kale has traditional breakfast flavors- with a twist! Top it with a fried egg for a hearty start to the day. 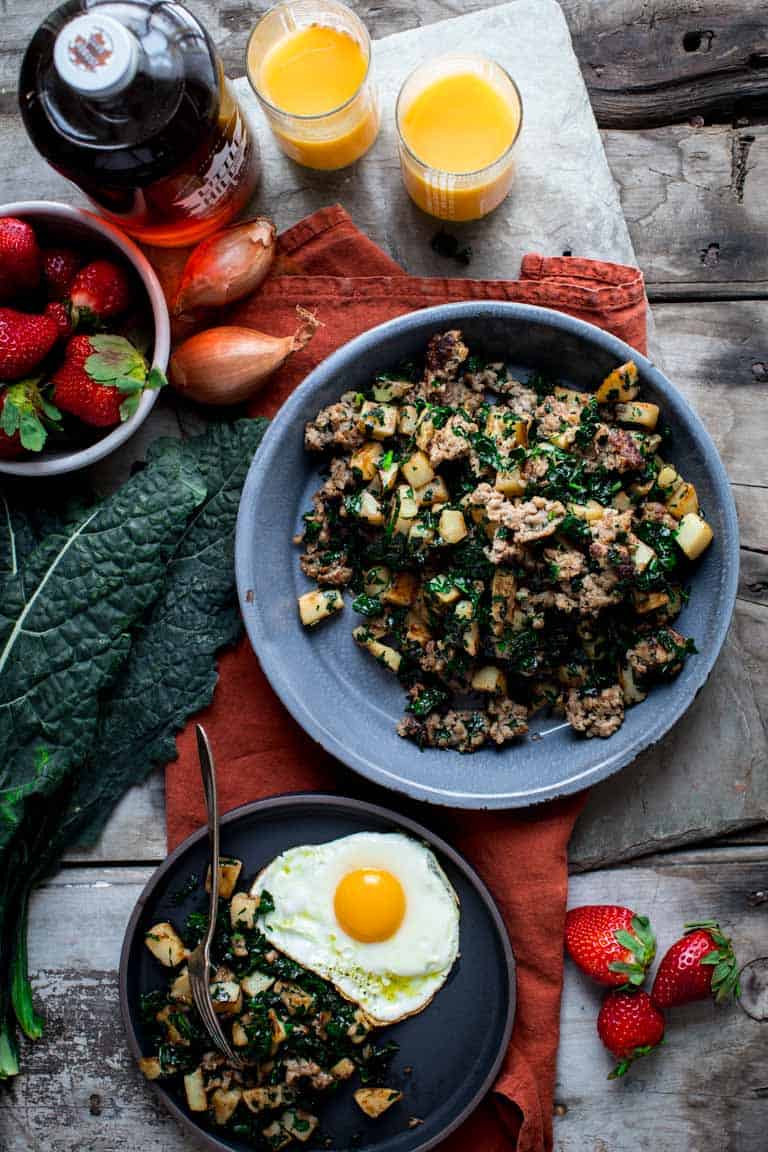 This recipe comes from my cookbook, Maple: 100 Sweet and Savory Recipes Featuring Pure Maple Syrup. I think of it as a great example of how diverse of an ingredient maple syrup is and that it goes way beyond pancakes on the breakfast table. Don’t get me wrong, maple syrup is great on pancakes, french toast and waffles for breakfast- but you can also have it for breakfast with no grain product vehicle required! 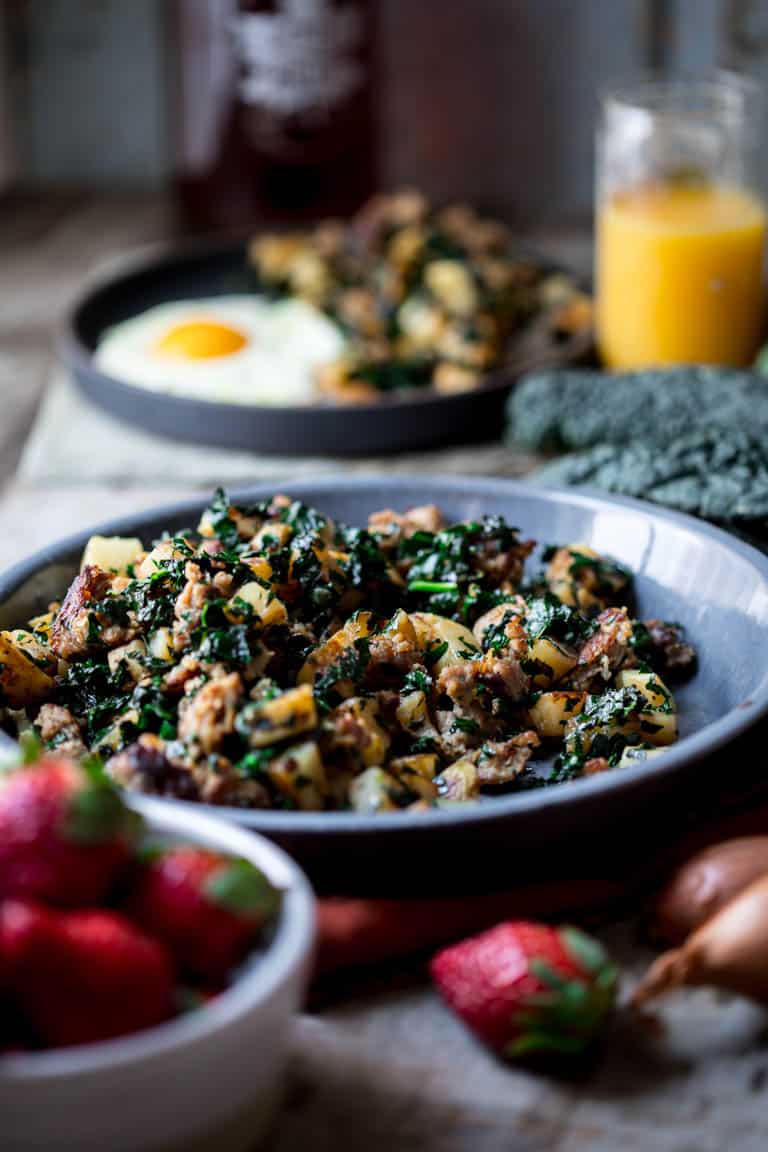 Last month, I found myself surrounded by other people who were also in agreement that maple syrup has so many fun and delicious uses other than a pancake topper. They were all sugar makers! I went to two maple conferences here in Vermont to speak to Vermont based maple syrup makers about social media and creating content to promote their maple syrup business, specifically photography tips. I also set up a table in the Expo portion of the conference to sell my cookbook. My mom came with me both weekends and we had a great time. Jase came to the second one, and attended several of the sessions as well. I was so happy to connect with others who are so enthusiastic about maple syrup. 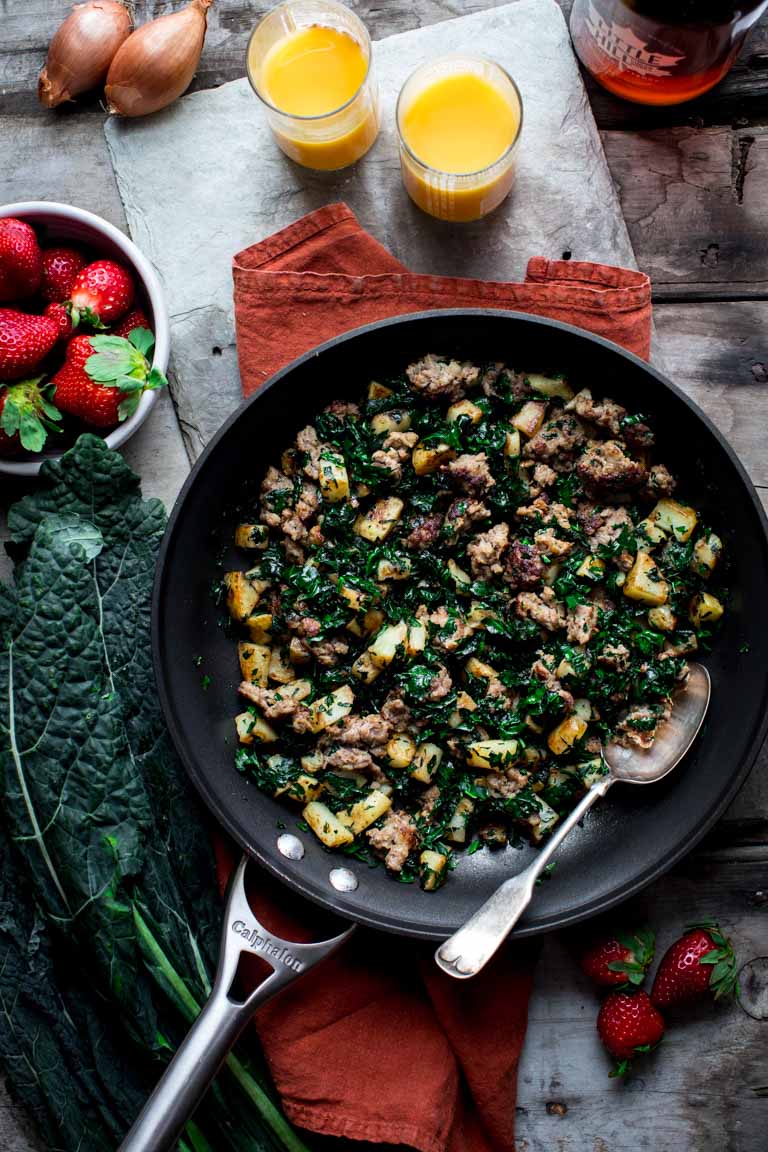 I decided to share it today because even though my book has been out for two and a half years now, it’s been on my mind because of having been at these conferences, and Sugaring Season 2018 is officially here! We are tapped and hopefully tonight are looking forward to getting out into the sugar house and making maple syrup. We’re down to a couple bottles from 2017, so it’s just in the nick of time! 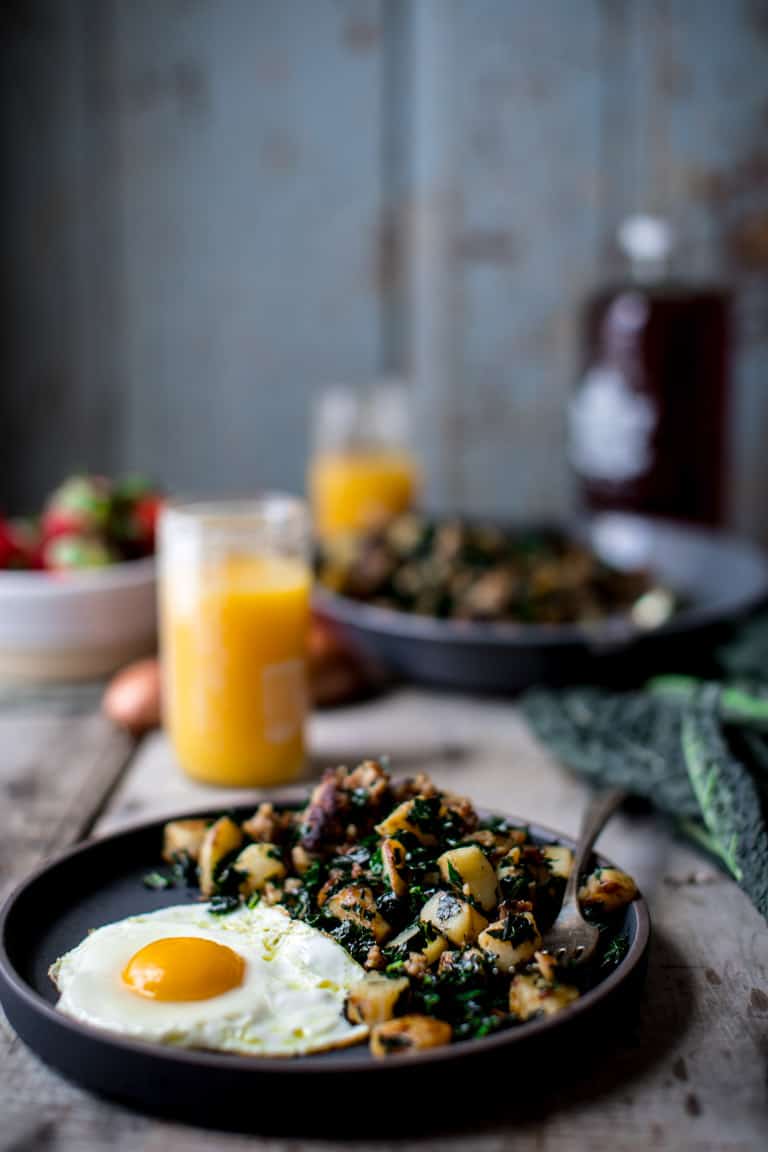 Every year, it’s anybody’s guess as to when sugaring season will really get going. It depends entirely on the weather. The sap wont run in the trees unless the days are warm (above freezing) and the nights are cold (below freezing.) That happens occasionally in late February, but most often it starts at some point in March. This year has been so strange- some folks tapped during a thawing January. I heard it recently called Global Weirding. I’d say so! 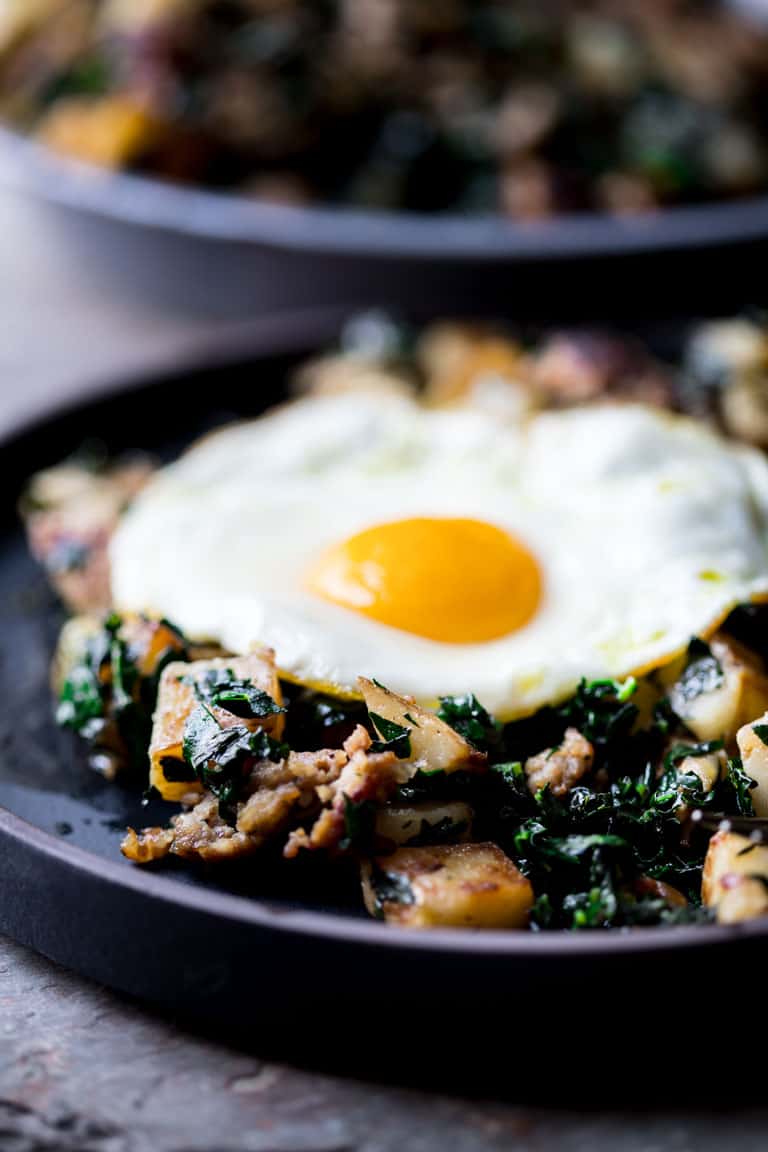 This winter has been so lacking in snow around here, that I am just looking forward to sugaring at this point. I mean if the skiing conditions are terrible, what’s the point of winter! We’re taking the kids out to Telluride to ski for school break, and unfortunately there hasn’t been a ton of snow out there either! Hopefully the sap will wait for us.

This recipe is one of the recipes that didn’t have a photo in the cookbook, and I was sad about it, because I didn’t want it to go unnoticed! But alas, there was only so many pages, and I wasn’t able to have a shot for every recipe. So I decided that this would be the perfect time to share it! Here’s how to make it:

How to Make Maple, Potato and Sausage Breakfast Skillet with Kale 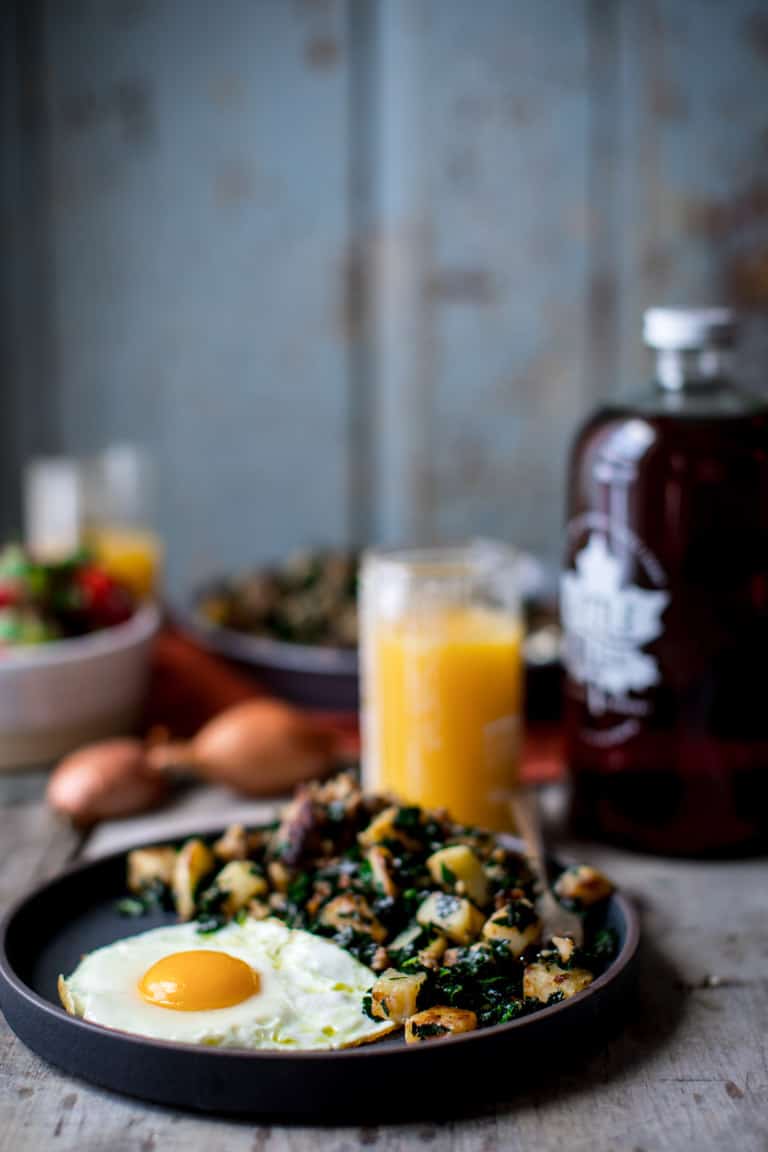 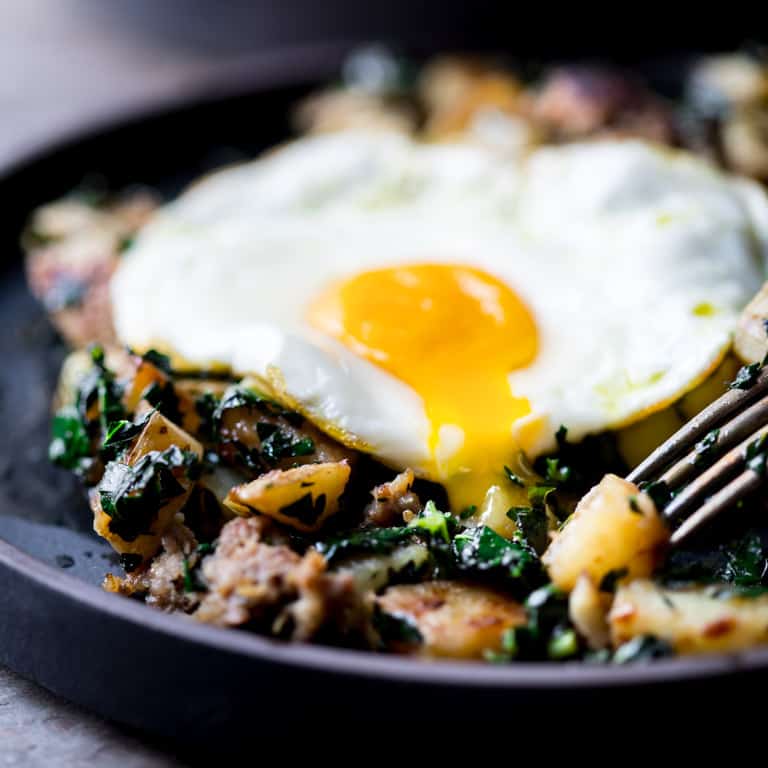 Thanks so much for reading! If you love this recipe, please rate it! Just click the star below! It’s easy and it helps other people discover the recipes you like most.

For more like this, check out this Ultimate Guide to Kale!

9 comments on “maple, potato and sausage breakfast skillet with kale”