shrimp and corn with cheese grits 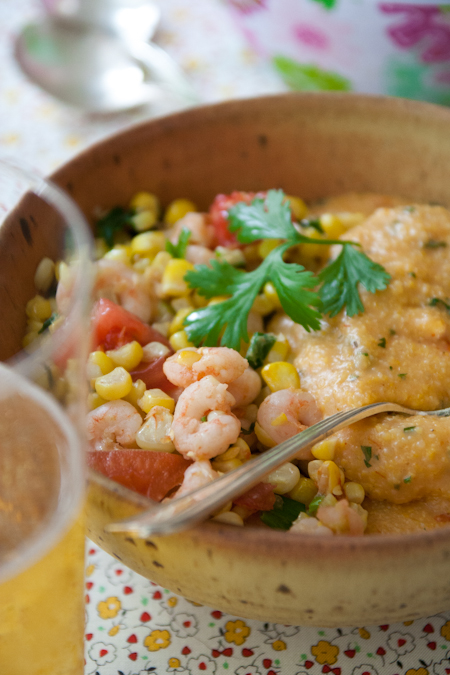 You know that old song, “I’m a little bit Country, I’m a little Bit Rock and Roll?” (I think it came out like the year I was born, so I’m pretty sure I just called myself old… Sigh…) Anyway, this recipe is a little bit Texas and a little bit Vermont. Growing up in a house with a mom from Texas and a Dad from New York, it was just as likely that we’d have grits for breakfast, as it was to have oatmeal. That sort of explains a lot about why I think this recipe makes total sense as a pairing. It’s like corn two ways or something. 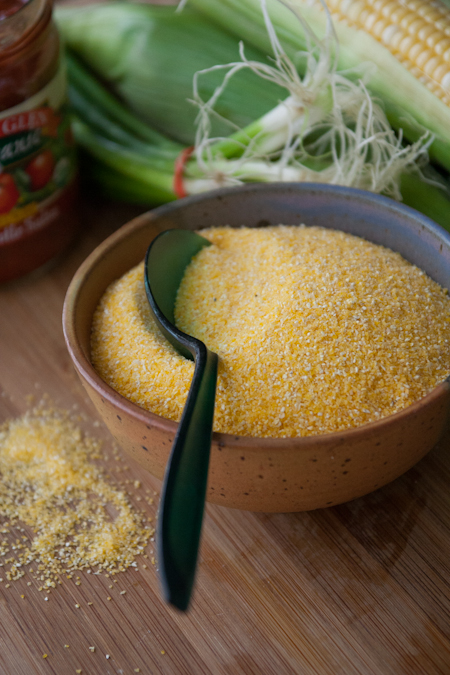 Here’s what I did. I made cheese grits with spicy salsa and cilantro. Usually in Texas you’d likely see Colby Jack as the featured cheese, but I used extra-sharp Vermont Cheddar. Using a really sharp cheese means you can get away with using less of it, saving on saturated fat and calories. 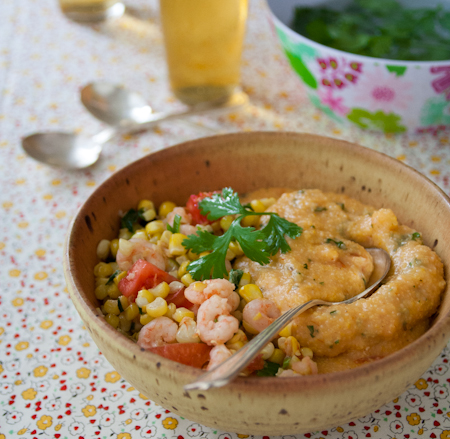 Then I whipped up a sweet corn sauté with local Vermont organic sweet corn cut off the cob, gorgeous garden fresh scallions and tasty little shrimp from Maine (they were frozen and thawed.) I may just break out in song! 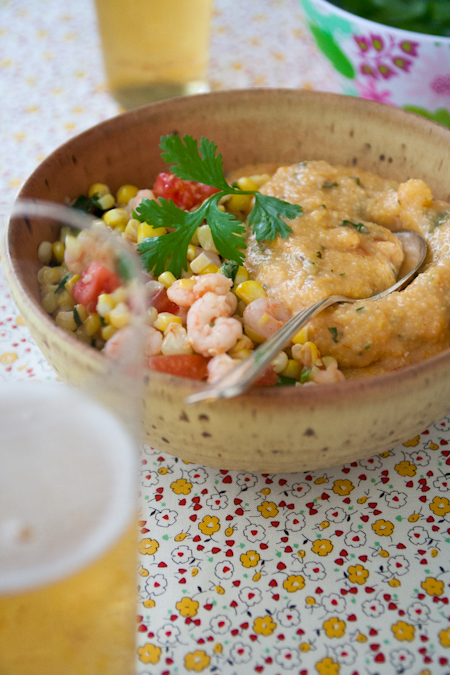 Shrimp and Corn with Cheese Grits

7 comments on “shrimp and corn with cheese grits” 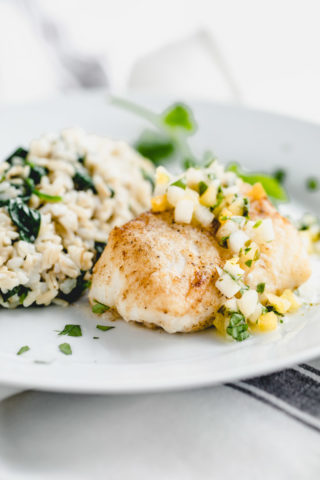 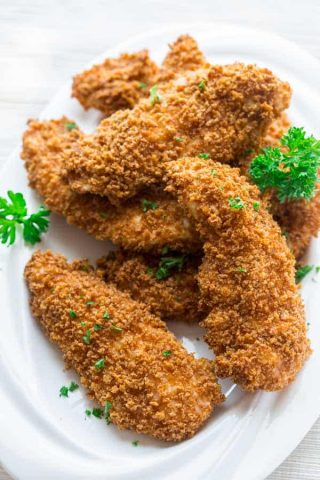