Today I have the most delicious paleo and gluten free Ginger Lime Black Cod recipe. Black Cod is also known as sablefish. I tried it for the first time when it arrived in my box of Sizzlefish. Now, you can try it too because I am teaming up with Sizzlefish to give away a box of beautiful healthy seafood delivered right to your door!  That’s right! It’s giveaway time again, woo hoo! 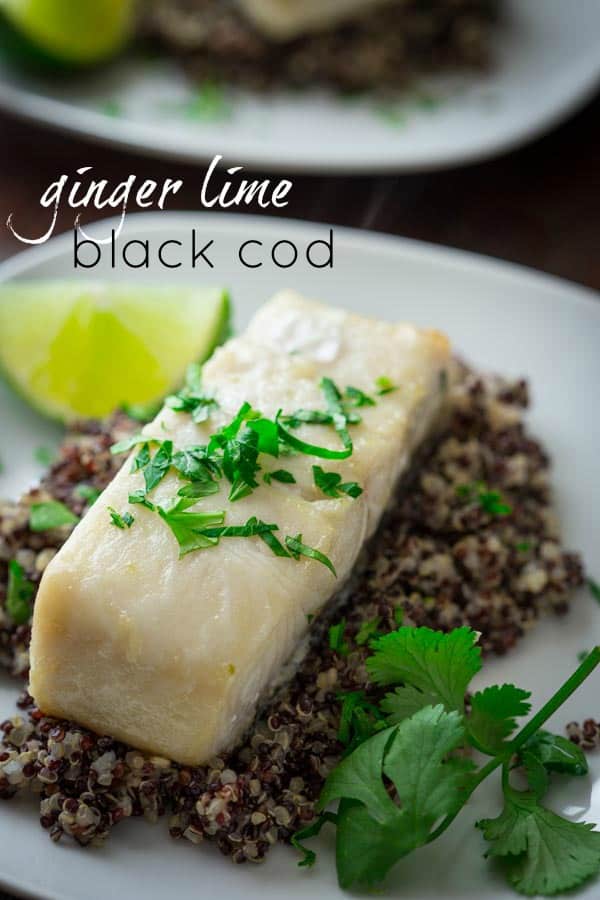 Disclosure: I was given a sample box of Sizzlefish free of charge. I was not compensated for this post in any other way.

Confession, I had never heard of sablefish, and I had never heard of Sizzlefish either. Now I know what both are. I know that sablefish is just the same thing as Black Cod, which was on my list of seafood to try, but I can’t seem to find it anywhere. I knew that it was on the thumbs-up list from Monterey Bay Aquarium and I had seen an amazing recipe in Bon Appetit that I actually had torn out and pinned to my wall for a year. I wanted to show you what I was talking about, and just spent twenty minutes digging through all sorts of old files from before I moved into my new office, which isn’t new anymore, and I couldn’t find it. So you’ll just have to trust me that I was excited to have a sample of it arrive at my very frosty and snow covered door step. Sorry I’ll try to focus now. 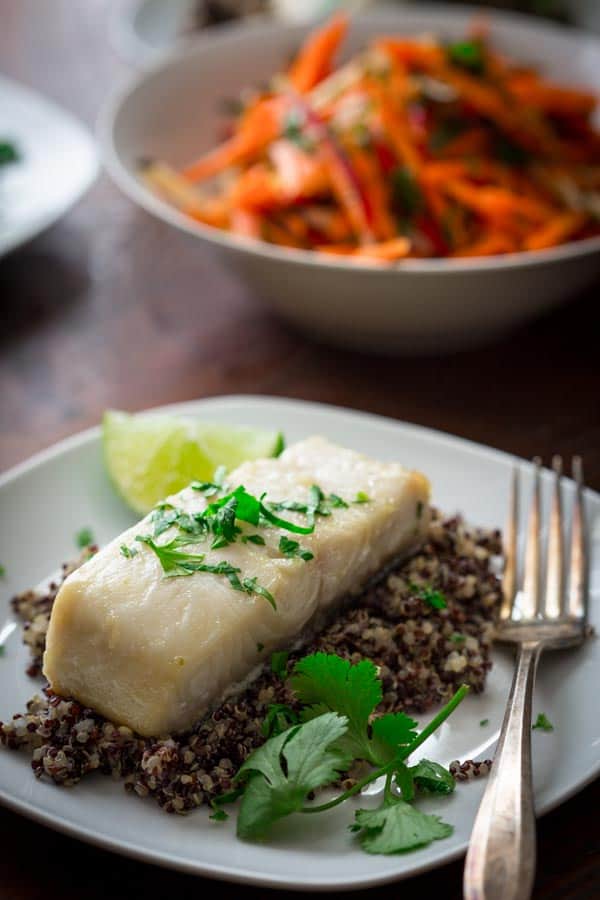 Right, fish. Which brings me to not knowing about Sizzlefish. This is a company my new food blogging and fitness diva extraordinaire/friend Lindsay told me about. Can I just say, this is one of the best things about being a food blogger… meeting all sorts of cool people from all over, and networking and being the first people to find out about and discover cool new stuff. That’s how I found out about brewing my own kombucha and about Stitch Fix. And now this Sizzlefish thing. It is 10x cooler than StitchFix (and doesn’t make your head look like its being swallowed by a giant printed cowl-necked sweater for the tenth month in a row! Sorry. Focus. Right. ) Sizzlefish, is no surprises, perfectly portioned seafood, flash frozen when it is still at its very freshest, and then packaged up and delivered right to you. They have all different types of fish to choose from, and you can choose the combo you like. Pretty convenient.

Sizzlefish is giving away a Paleo Prime pack to one of you dear readers today. To enter, leave a comment below letting me know what is your favorite way to prepare fish. Then make sure you mark off that you did on the rafflecopter widget (that’s how I pick a random winner.) You can also gain more entries on social media, just follow the instructions on the widget.
a Rafflecopter giveaway 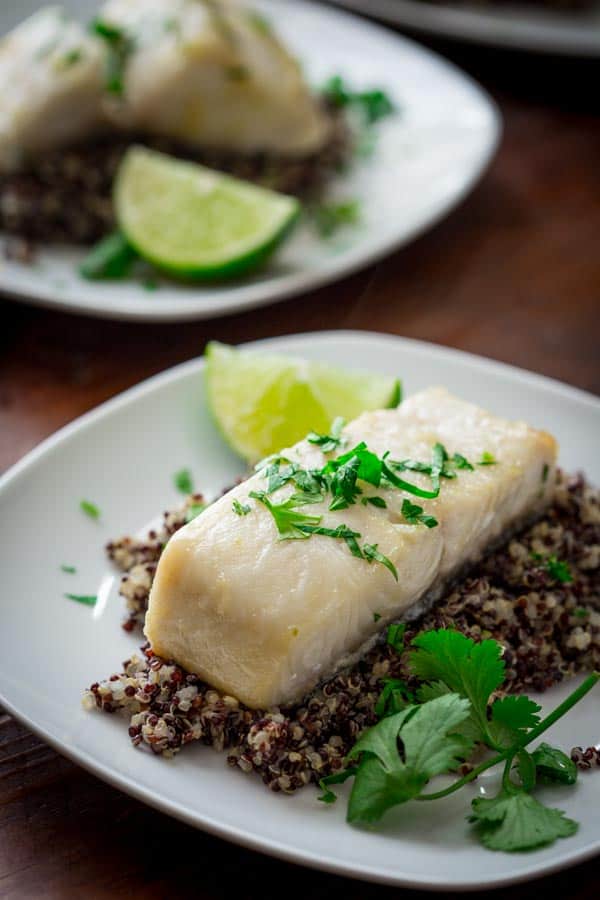 Now, onto this Black Cod recipe. Or sablefish, or whatever you want to call it. Deee-freakin-licious! That’s what I’ll call it. Lime, ginger and garlic. You really can’t go wrong there. These are the flavors of awesomeness. The fish is marinated in the awesomeness, and then baked, because that seems like the easiest thing to do. I garnished the fish with fresh chopped cilantro too. I served it with black and white quinoa and a recipe which you’ll be seeing here soon (next week I hope.) It was so delicious! I am so glad to have tried it!
Healthy Tip: Sablefish has the same levels of Omega Three Fatty acids as salmon!