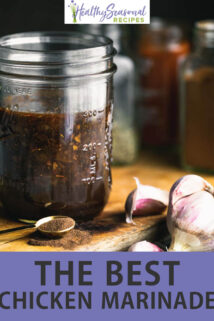 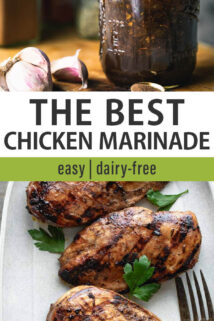 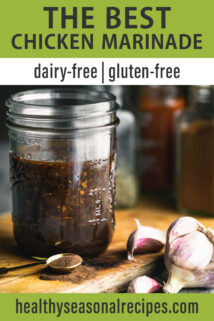 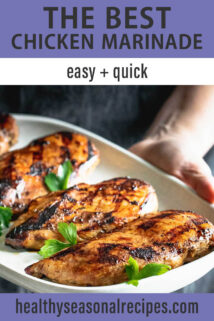 This is my very best chicken marinade of all time! You simply have to make it! This recipe, originally called Isabel’s Island Chicken Marinade, is one I have made so many times over the years I could do it in my sleep. And many readers and friends have told me how much they love it. 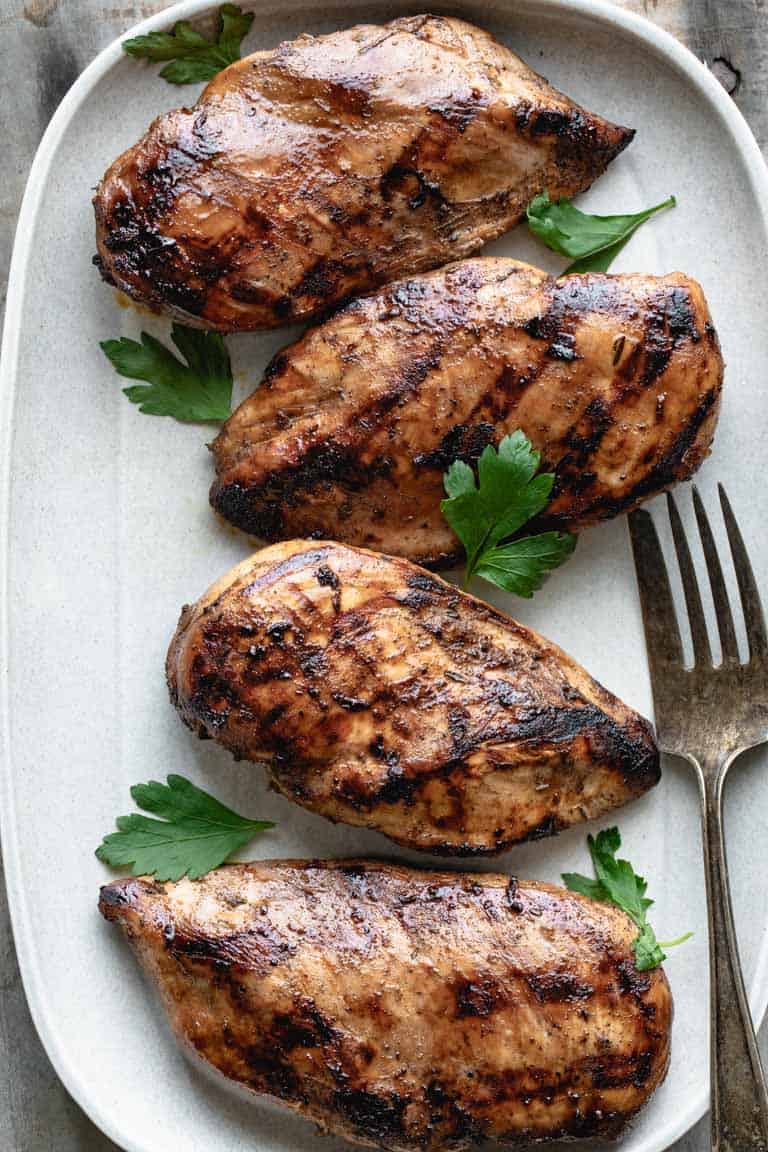 I originally shared this recipe here on February 22, 2012. I have updated the text and images today.

I often see posts by bloggers celebrating their blog’s birthday, and feel a bit left out since I don’t know when mine actually was. I actually ditched all my first posts a long time ago when I migrated my blog to WordPress ages ago. This being the case, I don’t know what my official blog birthday is. I mean I have an idea. It was the summer of 2009, and the first posts were really bad including a long, rambling and boring restaurant review with no pictures, and a recipe for Panzanella that was accompanied by a photo I had taken with my Blackberry. (Remember those?!) What was I thinking!? All I do know is my 10 year blog birthday is coming up at some point this summer, and I am celebrating it right here, right now, with this recipe.

Here’s why: This Chicken Marinade has been with me much longer than this blog. And it’s totally celebration worthy because it is one of my most prized recipes. Well, it is not mine, really. I got it from a restaurant where I worked called Isabel’s on the Waterfront. Luckily, I wrote the recipe down, because the restaurant closed down more than a decade ago.

I’ve mentioned this restaurant before. Yes, this was where I earned the nickname Brunch Spice (you can read more about Isabel’s, how I got that name, and how I learned to make kickass hollandaise sauce here.) Anyway, when I worked there, I made this AMAZING marinade recipe so many times, I had it memorized. I think I could have made it blindfolded. On our menu it was called Island Chicken Marinade, or more fondly by the crew at Isabel’s, Buccaneer’s Marinade. Today, I’m just gonna straight up rename it the Best Chicken Marinade. Because it is. 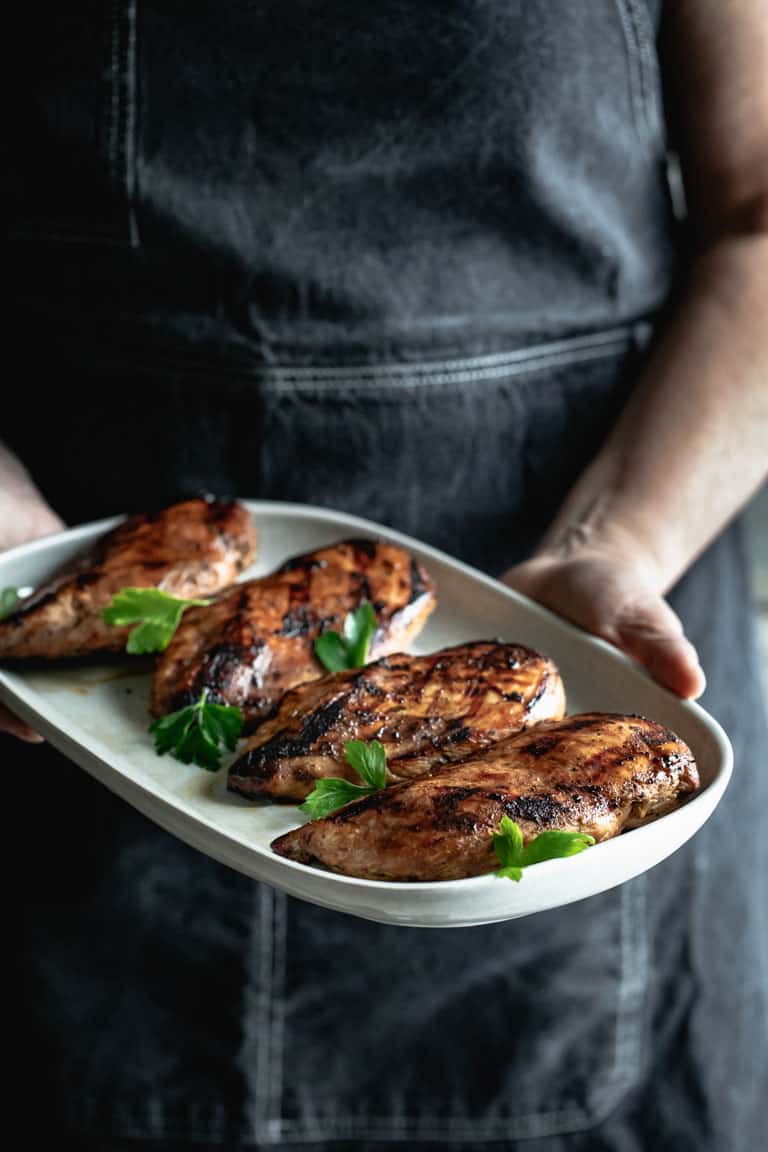 I kinda love how even though Isabel’s is gone, the recipe lives on. Not only do I make it several times a year, but I pass it on A LOT! As soon as someone tries a bite of chicken marinated in this recipe, they ask for the recipe. I serve it for parties of 100, or for dinner on a Tuesday night. I never get sick of it. Of course it is a great chicken breast marinade but it is also good with pork loin or tenderloin, flank steak, chicken thighs, scallops and even shrimp.

So here is my happy unofficial birthday present to you so you can have it and pass it on too! 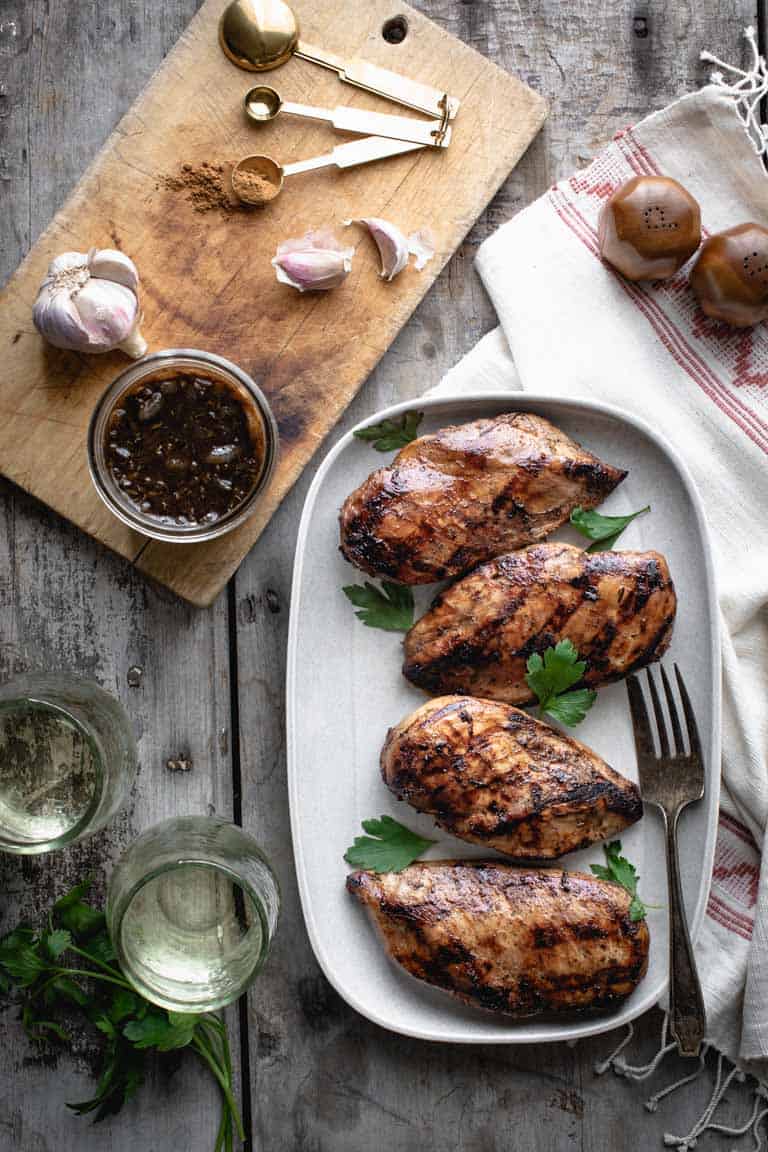 The Key Ingredients to Make Any Marinade

The most important thing a marinade has to have is salt or some sort of salty ingredient. The reason is twofold.

In addition to regular salt, sodium can be added to marinade in the form of other salty ingredients, such as Worcestershire sauce, soy sauce or tamari (like today in this recipe for the Best Chicken Marinade) or my Maple Teriyaki Marinade. Fish sauce is another salty ingredient sometimes used in marinades, like in my Thai Coconut Lime Skirt Steak Recipe.

Most, but not all marinades contain acid. These acidic ingredients are commonly added because they help to break down the outer layer of the proteins of the chicken, meat, pork or fish. They also add sour flavor which is important to balance with the other tastes of the marinade (salt, bitter, sweet and heat.) Some examples of acidic ingredients added to marinades are citrus juice, vinegar and wine.

Some marinades have fruit juices added to them which serve as both a sweetner (see below) an acid, and a tenderizer. Pineapple and Papaya are known to tenderize meat in particular. That is due to naturally occuring enzymes which speed the process of denaturing the proteins on the surface of the meat. In fact, some meat markets add papaya extract to their marinades for the sole purpose of making tougher less expensive cuts (like steak tips) more tender.

I hope I don’t have to convince you this is an important ingredient. Again, it isn’t necessary, but it adds so much impact to the flavor of the final cooked meat. You can add allium by adding in chopped garlic, onion, shallots, chives or scallions to a marinade will make it so much better.

Spices or Herbs and Other Flavors

These are the ingredients that will be the star of the show. You can go with fiery hot chilis, ginger or herbs. Here’s where you can really get creative, and make the flavors in the marinade taste unique. Ingredients that fall into this flavoring category are dried or fresh herbs, spice pastes such as Thai Red Curry, ginger and ground spices such as cinnamon or cumin.

Sugar, in the form of maple syrup, honey, brown sugar or even fruit juice can be used in marinade recipes. They help to balance the salty, sour and bitter flavors of the marinade.

Oil or Other Base

Many marinades do not have oil, so they have some other bulking ingredient (such as juice or soy sauce) this makes it so there is enough of the marinade to flow around the surface of the meat. Oil works as a neutral tasting medium to extend the marinade. Other marinade base or mediums you can use are broth, wine or cider. 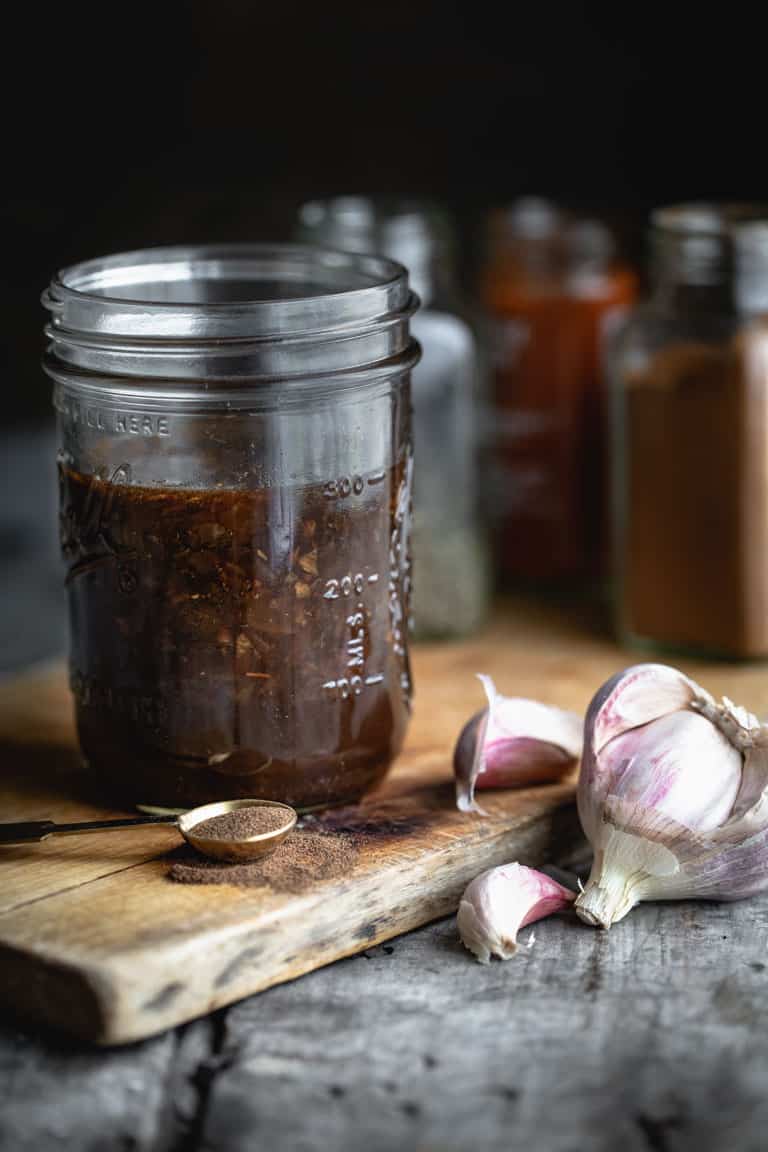 How to Make The Best Chicken Marinade

The best chicken marinade recipe (bold claim, I know)​ takes no time at all to whip up. The basic steps for making this marinade are as follows: 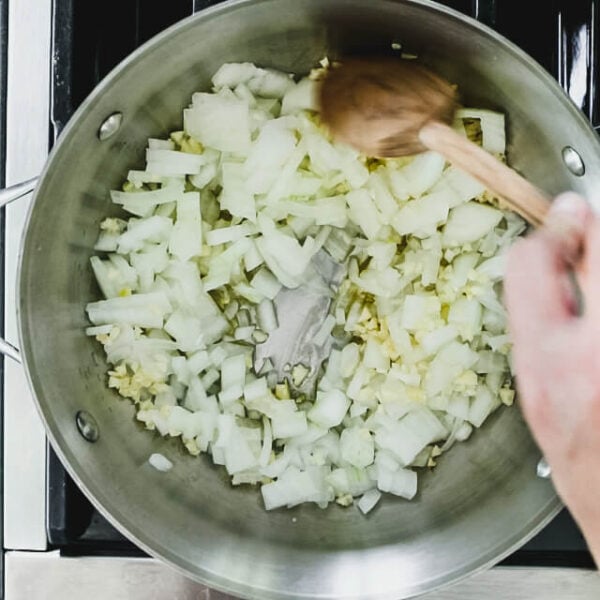 1. Sauté the garlic and onion in the oil until soft, but not browned. 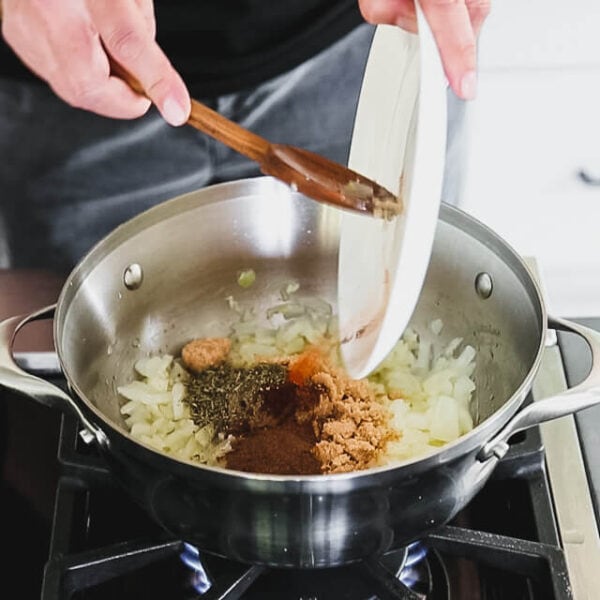 2. Add the brown sugar, herbs and spices and stir to bloom them in the hot oil and onion mixture. 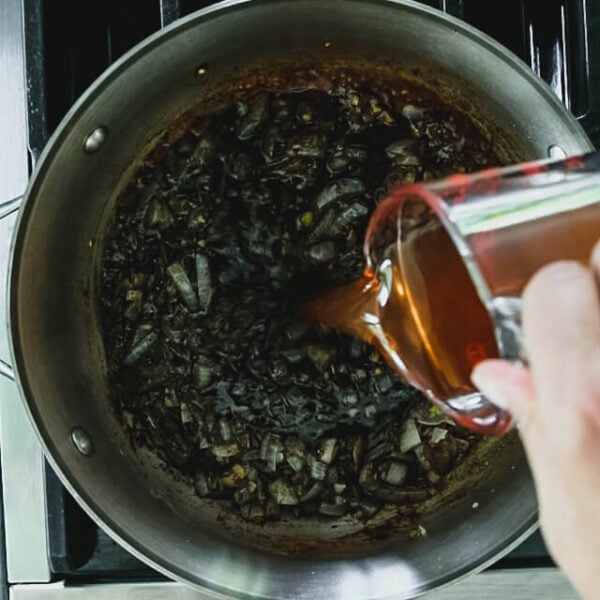 3. Add the soy sauce or tamari and vinegar and stir to dissolve the brown sugar. 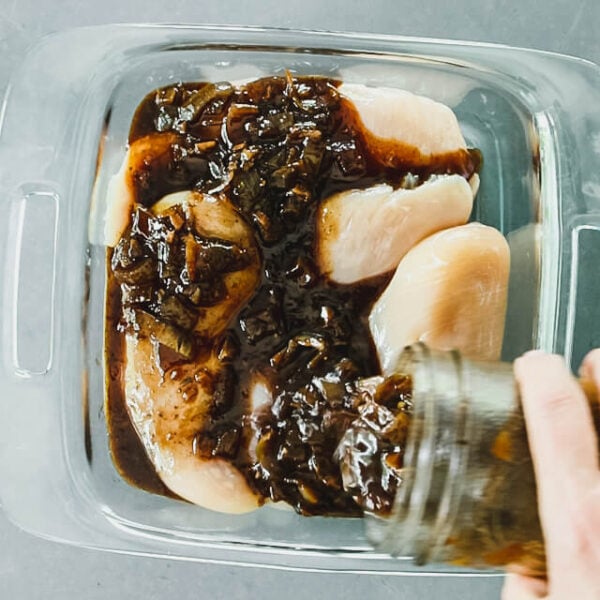 4. Let the marinade cool completely before pouring over the raw chicken. 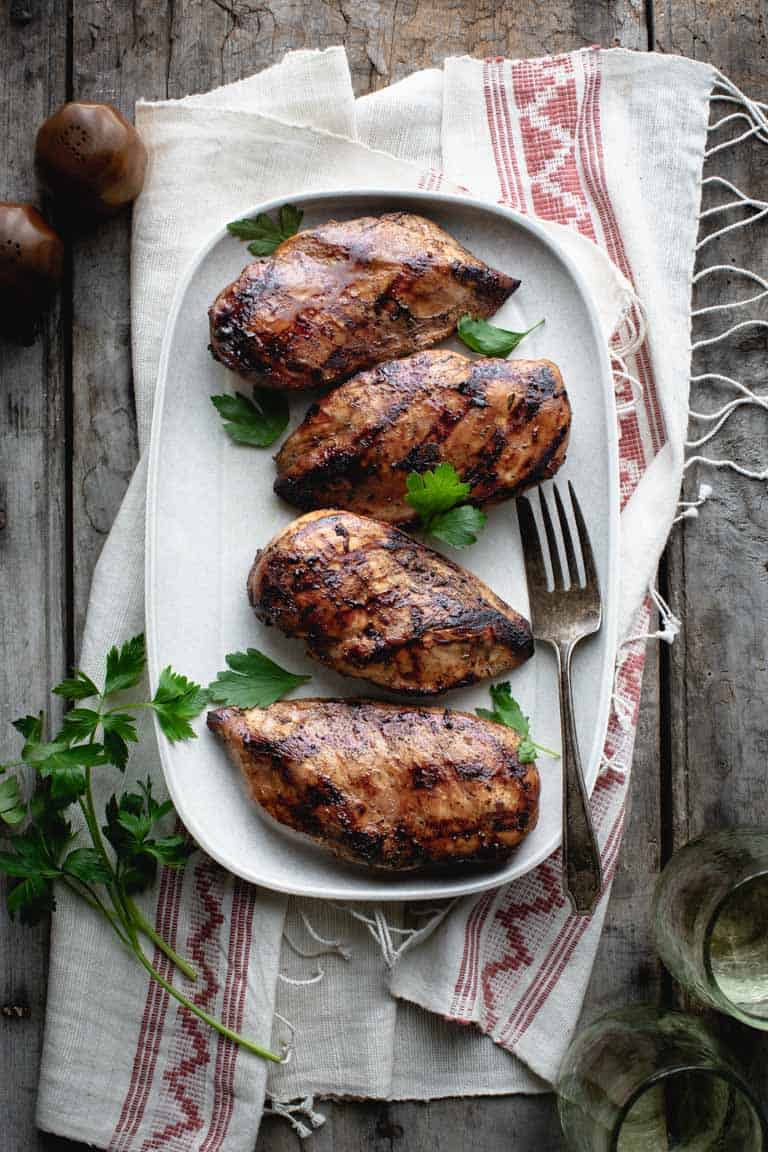 How to Use The Best Easy Chicken Marinade

How to Store Chicken Marinade

This chicken marinade recipe with allspice, cloves and onion is easily the best chicken marinade EVER. It has sweet Island spices, soy sauce and brown sugar and makes the most irresistible grilled chicken, pork, steak, shrimp or tofu.

101 comments on “the best chicken marinade”