Home » In The Kitchen » How to Dice Onion

How to Dice Onion 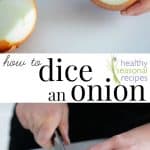 Welcome to my kitchen, and to a brand new series called “In The Kitchen.” This new series will be covering basic cooking techniques, knife skills and kitchen hacks to help make cooking from scratch easier for you. On my very first day of culinary school, the head chef of the school taught us how to dice an onion, so I thought it only appropriate for us to start this new year and this new series with the most fundamental cooking skill of all: how to cut, dice and slice an onion. Plus I also have step-by-step photos showing the best way to slice an onion.

Have I ever told you the story about when I was a personal chef, the time I turned away an otherwise perfect client because they told me the didn’t eat onions? I told them I HAD to cook with onions and it was a deal breaker for me. That’s how important I think onions are to cooking. If you agree, then you’ll want to read on to learn the BEST way to slice an onion, and the proper way to dice an onion.

What is the difference between chopped and diced onion?

The difference between chopped and diced is that chopped is looser. There may be some uneven pieces. Dice is ideally small squares of even sizes. Since there are layers to an onion, even an onion that is properly diced will fall apart into sheets, so they will not be cubes (the way diced carrots would stay cubed.)

How to Cut an Onion

Whether or not you are slicing or dicing your onion, this is the first part of the process. This technique will keep dirt and onion skin from getting onto your cut onion, and it is the safest method.

How to Dice an Onion Step-By-Step

For more information on onions including how to caramelize them, check out this Produce Spotlight, Ultimate Guide To Onions.

What is a French Cut sliced onion?

French slice is when an onion is cut from root end to stem end into pieces that run the length of the onion. This is the preferred method for slicing onion for caramelizing. Benefits of cutting an onion in the French slice method, is that the cell structure will hold the shape of the slices even as it completely softens. They will not break down to mush when cooked for a long time. You will also end up with “c”-shaped slices that are uniformly long. It is more refined because the size of the strips are relatively consistent and will cook at the same rate and provide an even texture in the final dish.

Philly Cut Onions, on the other hand, are cut into slices parallel to the equator of the onion. This is actually a term I made up, because there is no official culinary name for this type of onion cutting. But I think it is an important distinction, and being from Philly, I thought the name appropriate. This is the perferred method for making Philly cheesesteaks. When an onion is cut this way, the onion will break down more rapidly as it cooks which lends itself to fast cooking methods such as making a Philly cheesesteak on a flat top griddle. This is a method of slicing that is useful for more rustic dishes that require quick cooking time.

How to Slice an Onion

Cut with knife parallel to the onions root end to stem end, working with the knife slightly angled toward the center axis of the onion. Repeat with the second half.

ALTERNATIVELY, For Philly Cut Sliced Onions; Working one half at a time, use tip of Chef’s knife to cut out the root core, making a triangle shape.  Cut onion half crosswise into thin slices with knife blade parallel to the equator, starting at root or stem end and slicing to desired thickness across the onion. 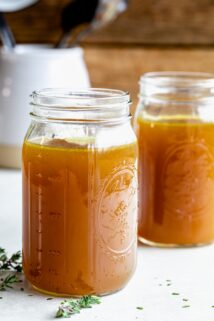 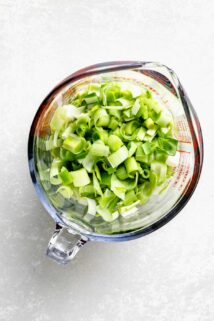 How To Clean A Leek 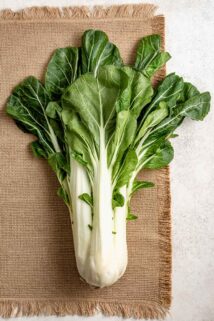 How To Cut Bok Choy 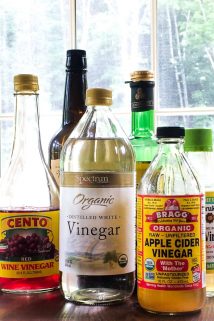 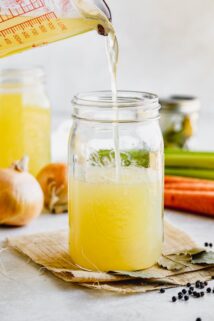 More culinary school skills and kitchen tips can be found In The Kitchen along with our Produce Spotlights.

Here are the steps to dice an onion

Keywords: how to dice an onion

END_OF_DOCUMENT_TOKEN_TO_BE_REPLACED
Cooking Tips In The Kitchen

18 comments on “How to Dice Onion”