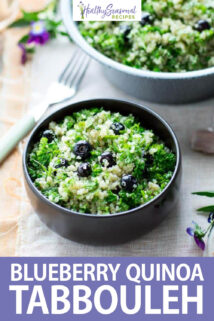 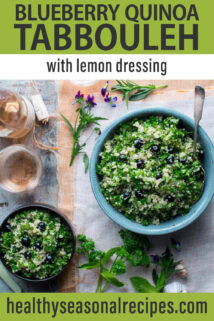 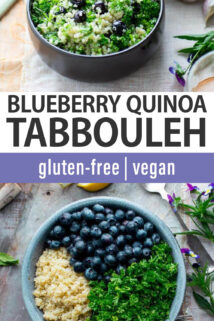 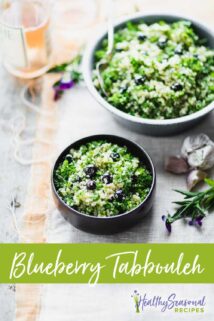 I used fresh blueberries instead of tomatoes and quinoa instead of bulgar wheat for a fresh (and gluten-free) version of Tabbouleh salad! There’s tons of fresh mint and parsley plus a generous amount of zippy lemon garlic dressing. It’s just the thing to bring to a potluck or to serve to company this blueberry season! Plus it’s naturally vegan, so everyone will be able to enjoy it. 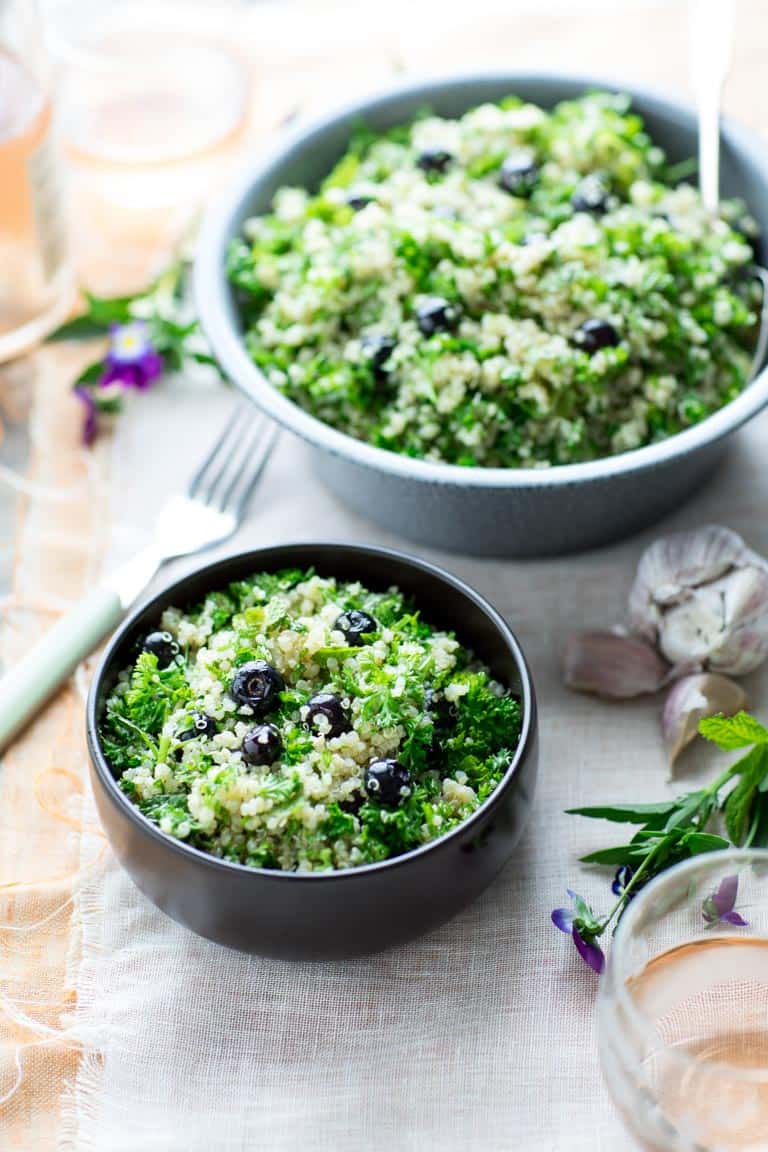 Bulgar is cracked wheat, and therefor has gluten in it. This version is gluten-free because it is made with quinoa instead. Quinoa is actually not a grain but a seed. It’s really high in protein and is easier for a lot of people to digest than whole wheat. 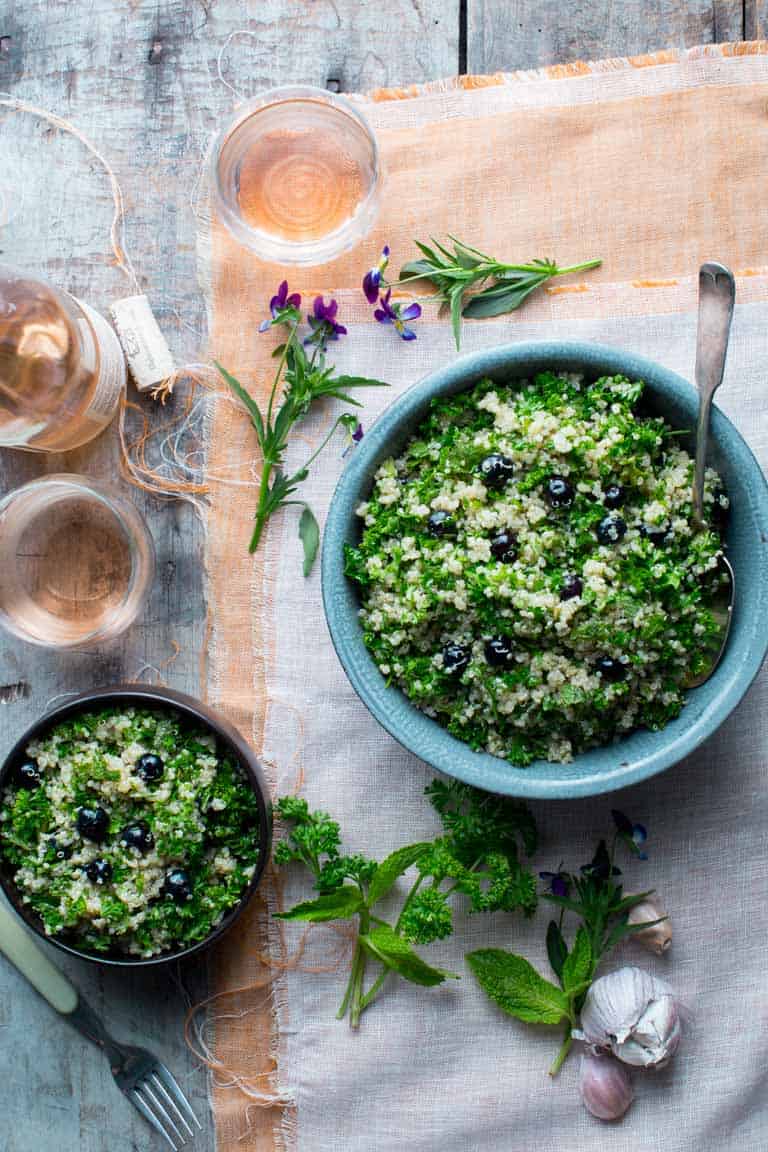 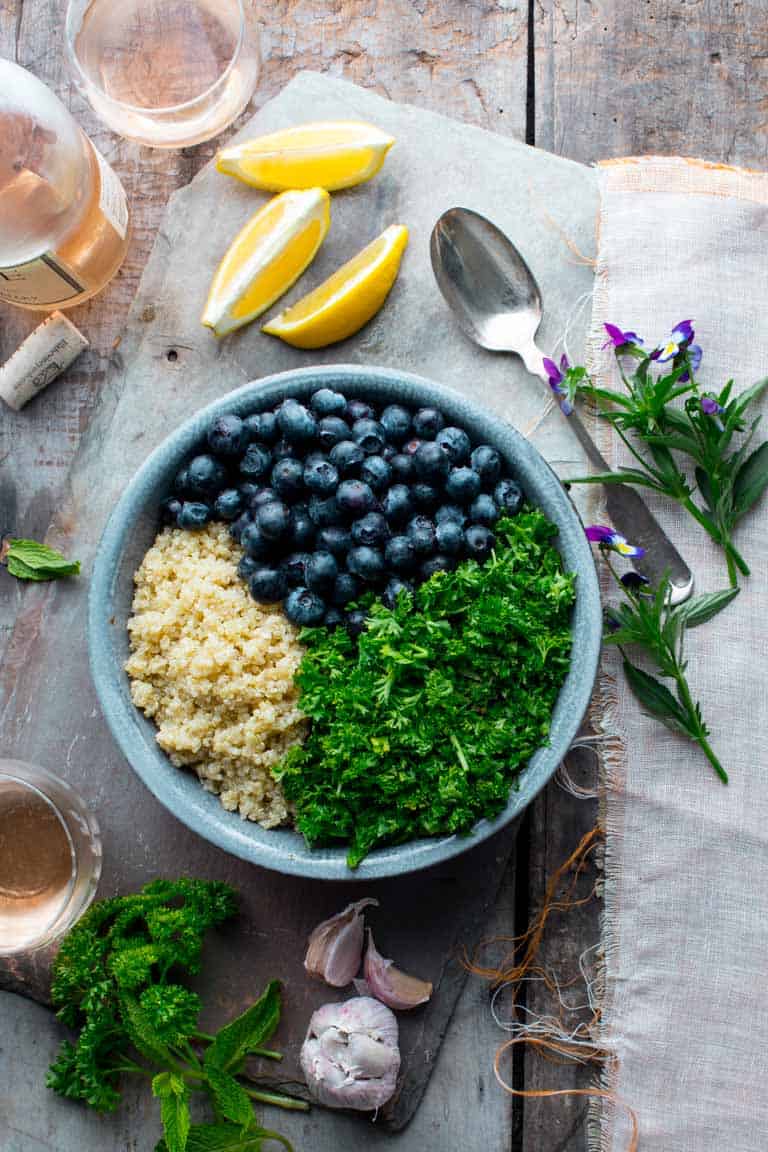 Tabbouleh made with quinoa and blueberries with lemon dressing, parsley and mint. It is naturally gluten-free and vegan.