Here is a recipe for a from-scratch whiskey sour cocktail with maple and Meyer lemon in time for this month’s healthy drinks theme for the Recipe Redux. As you know I love me a good Negroni, and no summer would be complete without a Ricky Bobby Cocktail. But there is a new cocktail I want to add to my favorites list. It is the Maple Meyer Lemon Whiskey Sour. 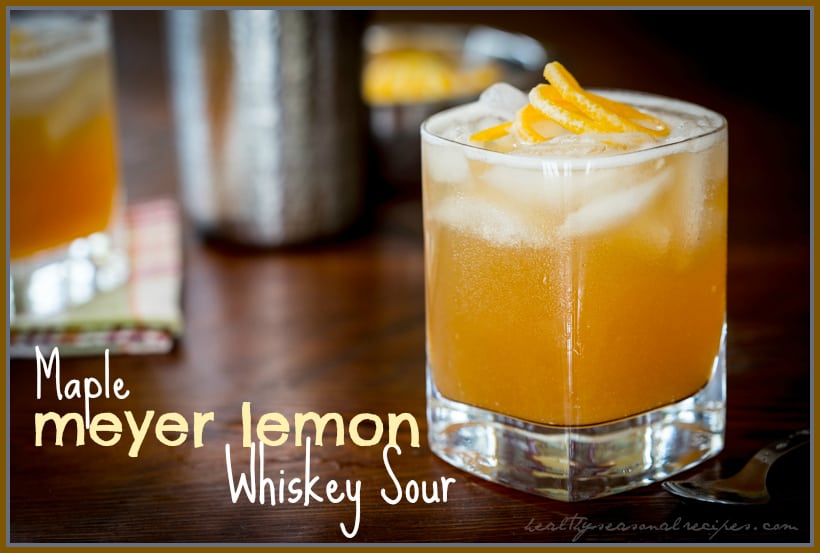 Why Sour Mix is Wack

I wouldn’t be bummed if sour mix was banished from the earth forever. I am working on reserving the word ‘hate’ for matters that really warrant the word. So I won’t use it in this case. But I really would like to. Maybe I should just say, I think sour mix is wack. It is waaaay too sweet to be called ‘sour’ and the way it hits the back of the throat makes me itch. It is sick, and I don’t mean that in a good way. Not only that, the most popular brands include the additive bha, which is a suspected human carcinogen, so yeah cancer,  I’m not into that either. [That’s when I can use the word hate.]

Anyhooo, cocktials….. Back to those…

Inspiration for Home Made Sour Mix

Jase and I went to Misery Loves Company  for dinner, and they have a really innovative cocktail list. I got the Reverse Negroni. (I couldn’t help myself.) I noticed a few of the cocktails had egg white in them, which I know is a traditional part of sour mix. It gives the drink a bit of body and makes it foam up a bit when it is shaken. So it got me all excited to try making my own sour mix. 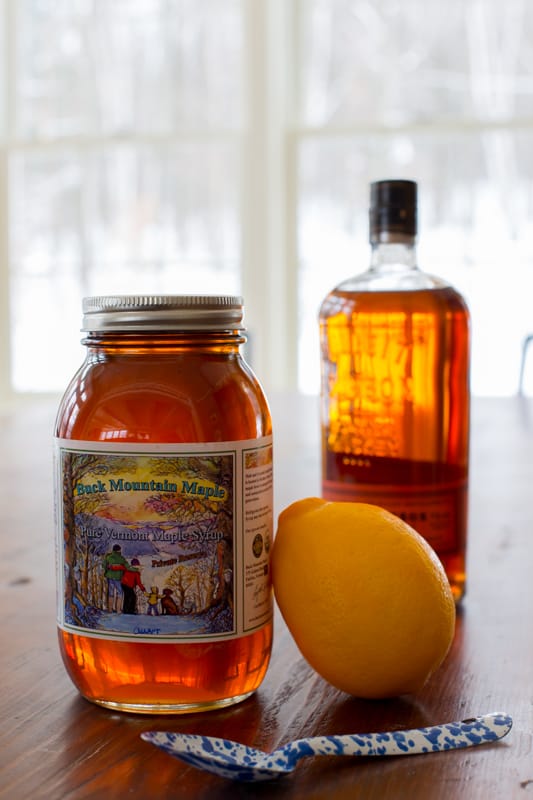 That’s why I was even more excited than I would normally get when my neighbor gave me a gift that only a foodie would swoon over. It was a giant (I mean huge) Meyer lemon. It was the biggest I have ever seen. In fact I didn’t believe it was really a Meyer lemon at first, because I think of Meyer lemons as being smaller than conventional lemons. But the person who picked it, and brought it to Vermont was right there in the room, and verified that the tree was in fact a Meyer Lemon tree. Cutting into it gave further proof, since the smell of a Meyer lemon is unmistakable. It is super fragrant and perfumey. [Is that a word?] 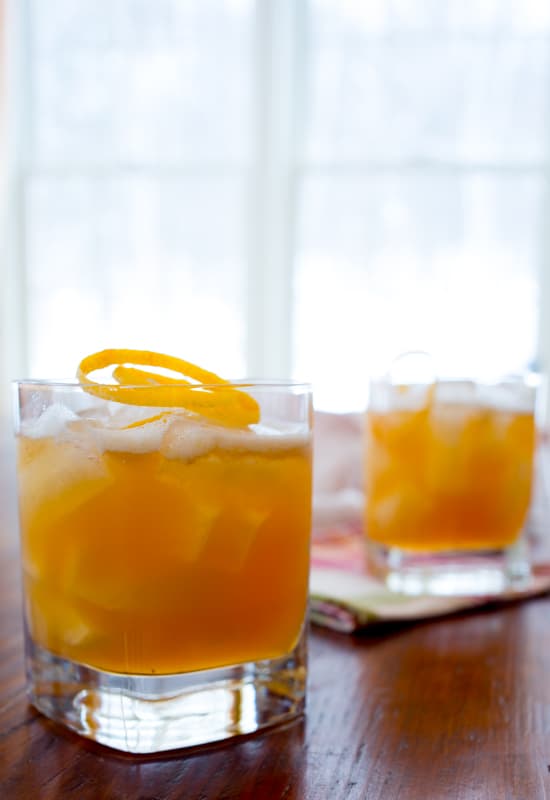 Some notes about my sour mix: I used Deb El Just Whites, powdered eggwhites  because I am a food safety dork. Which means you have to dissolve the whites into the whiskey first so it doesn’t get clumpy. Then you really have to shake the crap out of it too to get it foamy like sour mix would get.

I also sweetened it with maple syrup, which is awesomeness personified with the flavor of the whiskey. I also added in bitters and a bit of salt, for balance. If you have some sour cherries in your freezer from last summer throw a few of them in your glass please. [I will live vicariously through you if you do, because I wish I had some. I have no control with sour cherries and they never last this late in the winter.] 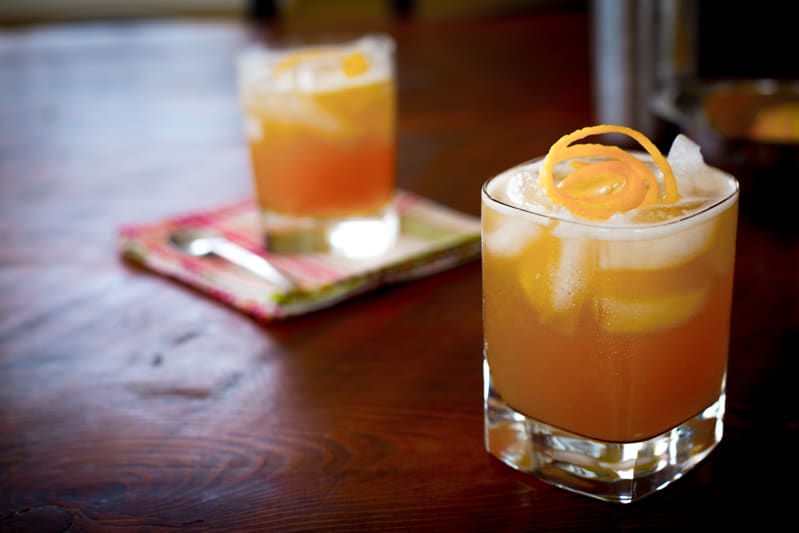 What do you like to make with Meyer Lemons?

Whiskey Sour Cocktail made with Meyer lemon juice and maple syrup instead of Sour Mix. Warning, these are on the STRONG side! Always drink responsibly.