Friends, I’m here to tell you today this Sweet Potato and Peanut Soup is one of the Best Healthy Seasonal Recipes ever. And it just happens to be naturally gluten-free and vegan! 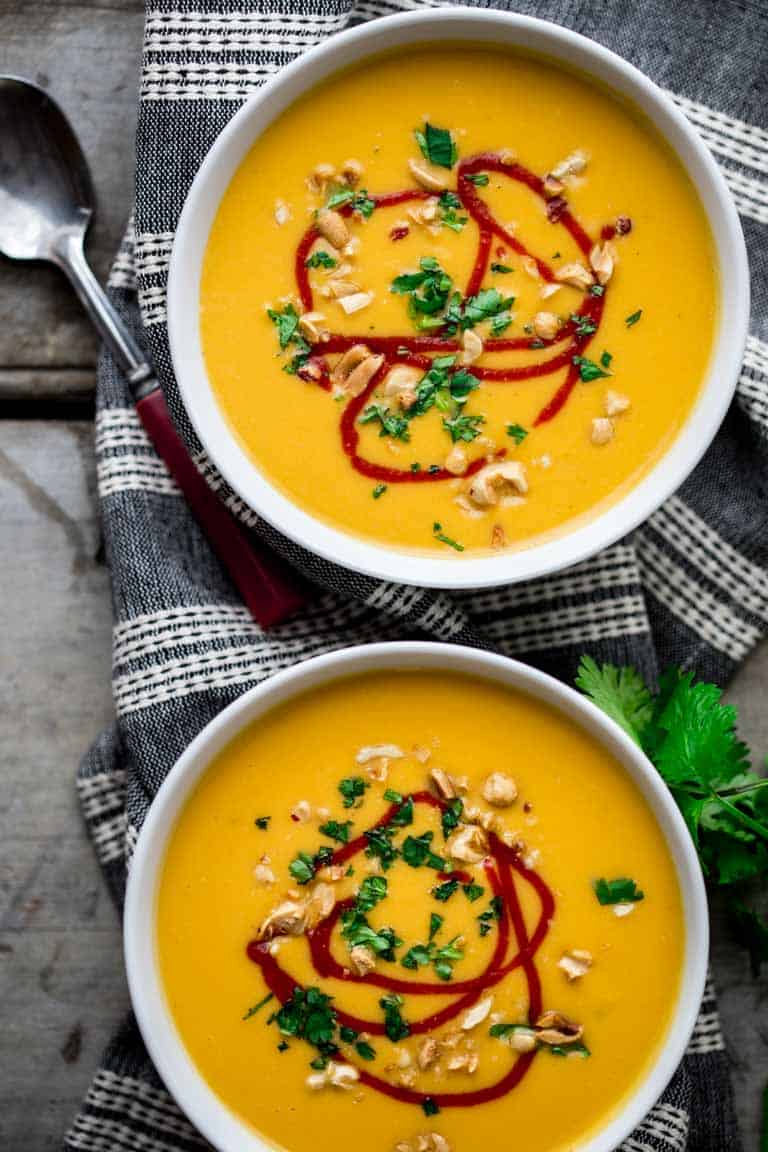 I originally shared this recipe on March 6, 2012. I have updated the images and some of the text today.

There are times in recipe development when the stars align and a keeper is born. This soup is one of those recipes. It is so darned delicious that I can’t wait for you to try it. I am officially obsessed! 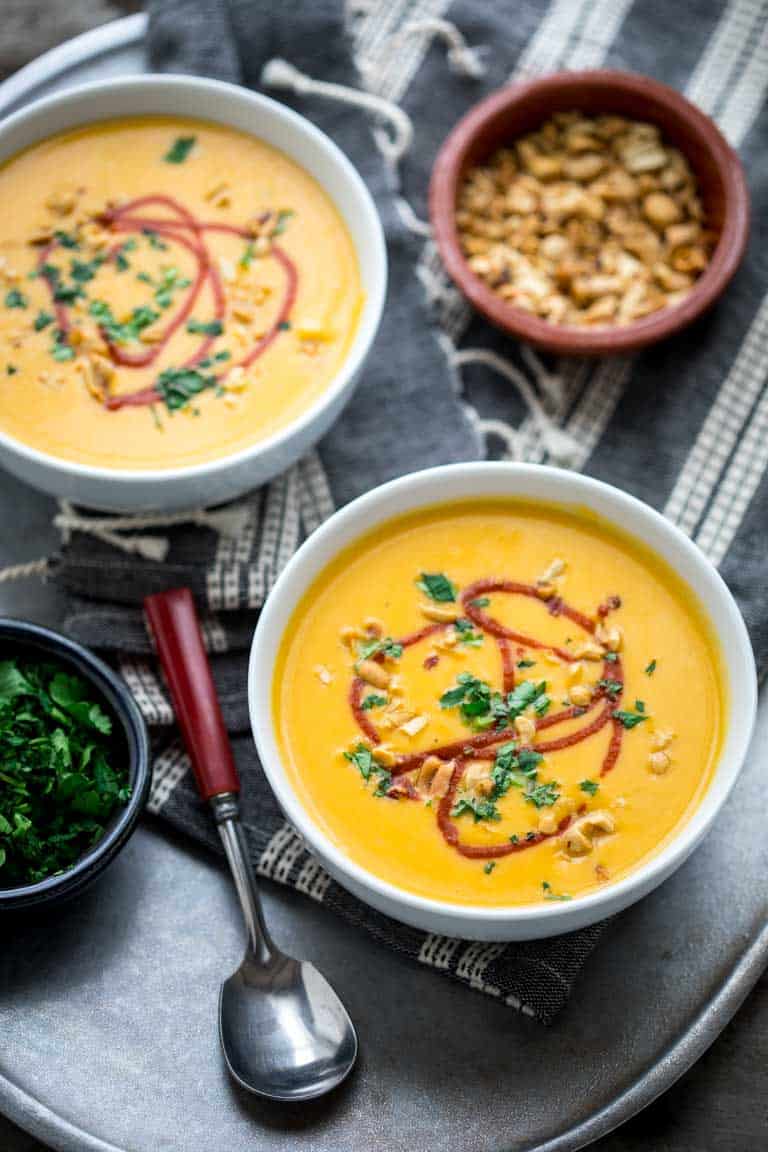 The idea for this recipe came from NPR, actually. I was listening to the Writer’s Almanac with Garrison Keillor and it was George Washington’s birthday. Mr. Keillor mentioned that George Washington’s favorite foods were “mashed sweet potatoes with coconut, string beans with mushrooms, cream of peanut soup, salt cod, and pineapples.” And that was all I needed. My twisted little brain just mixed together sweet potato with coconut and peanut soup an obsession began. 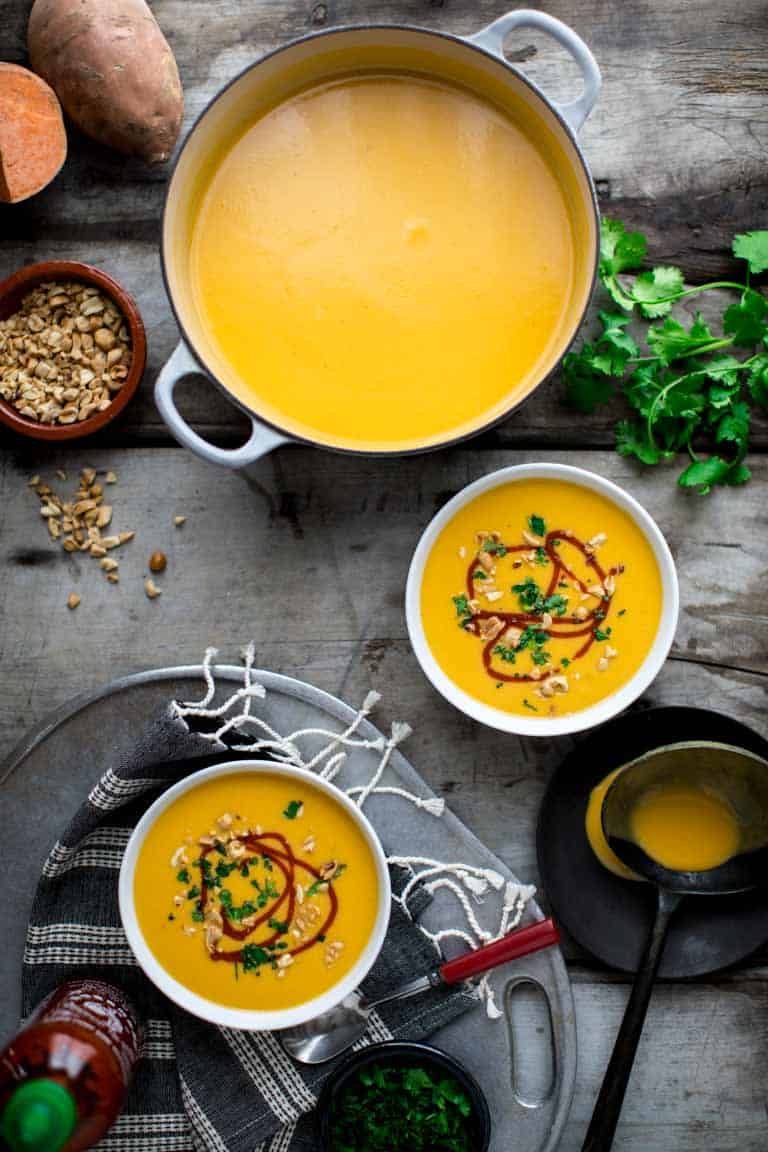 And now it’s not just me who’s so crazed over it. I served it to friends and they were dying over it. After having some, my friend said she was thinking about it while she was lying in bed later. My husband who is often (a little too) reticent with the compliments even went out of his way to declare “This soup is special!” I think you’ll agree. I know George Washington would. 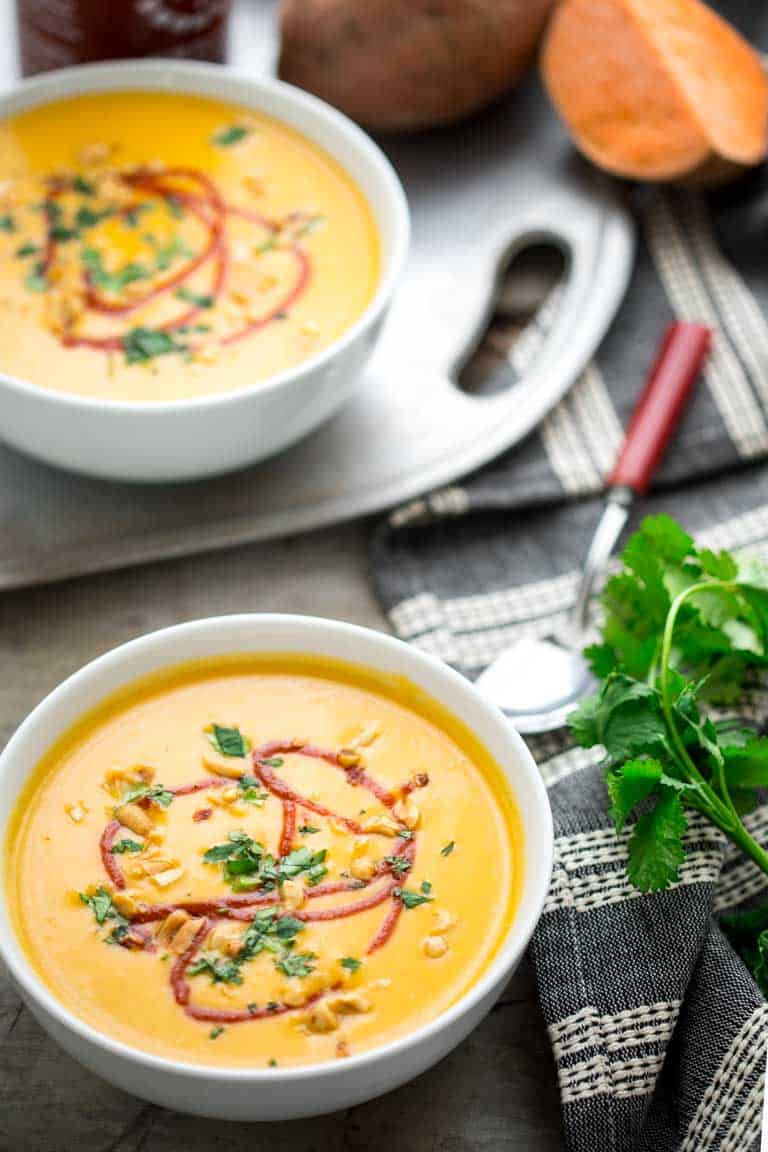 What makes this soup even better is that it is super simple to make. Seriously, if you can boil water… you can make this amazing vegan soup!

How to Make this Vegan Sweet Potato Peanut Soup 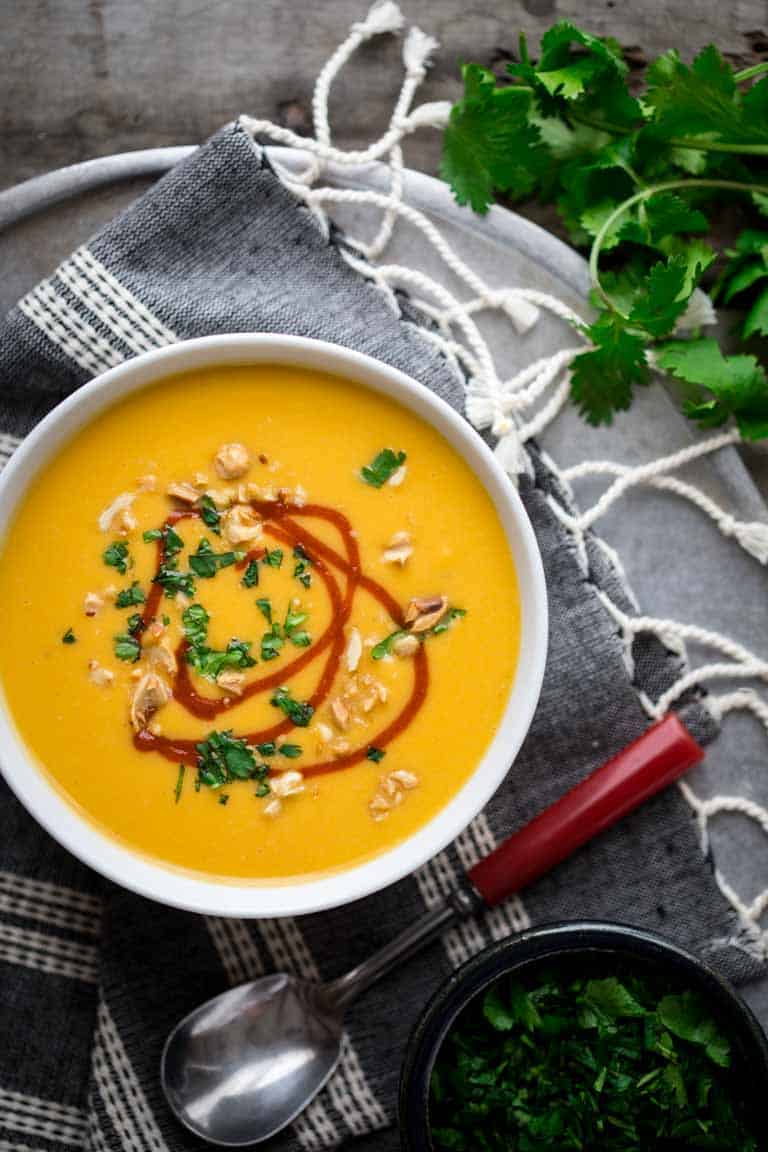 If you don’t believe me, check out this video. You’ll see for yourself that this soup is all that and then some!

This Sweet Potato and Peanut Soup is one of the Best of Healthy Seasonal Recipes ever. And it just happens to be naturally gluten-free and vegan!

Here are the original images associated with this blog post. 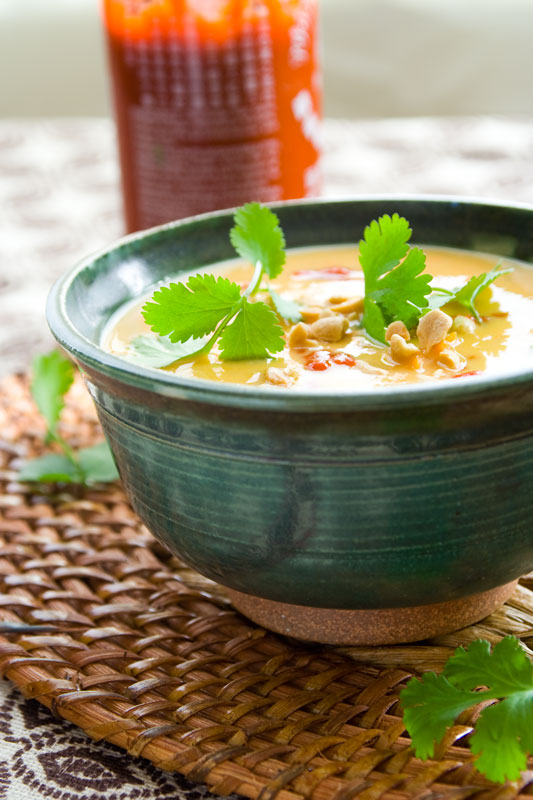 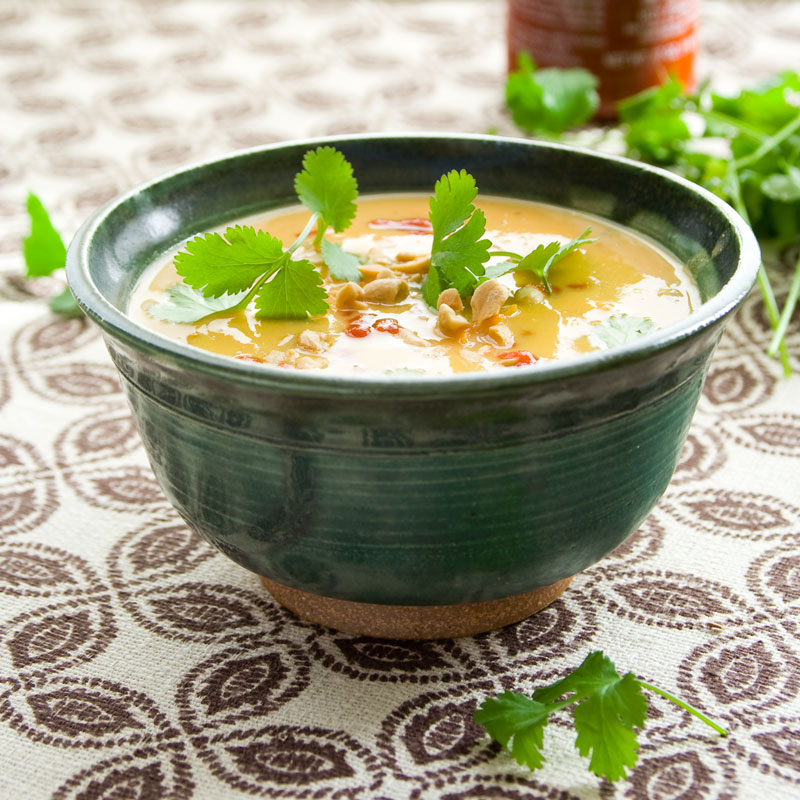 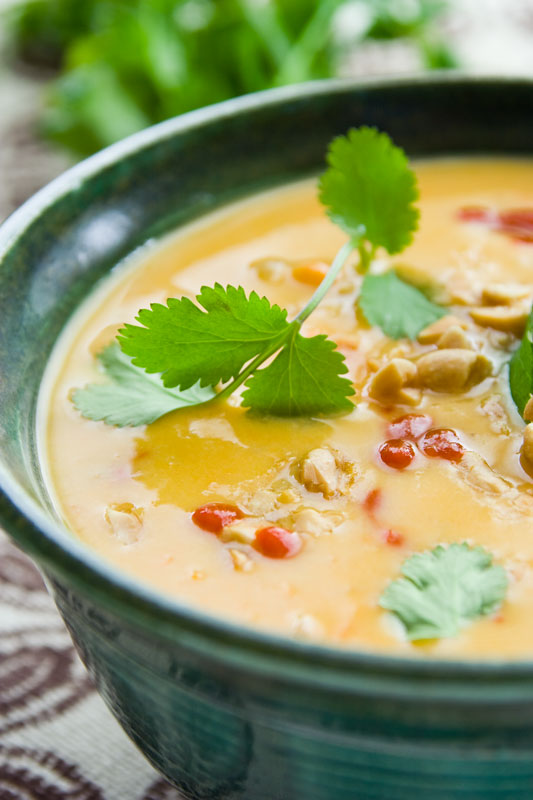 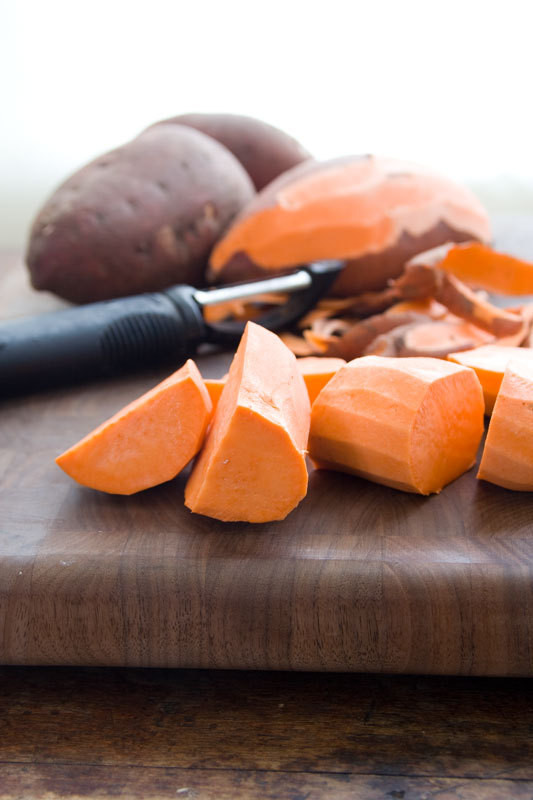