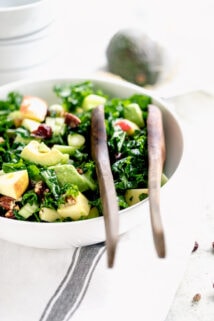 Give me a bunch of kale, and I will find a hundred ways of using it in the kitchen, but making Massaged Kale salad is…Read More

Here is a recipe for New England Seafood Chowder you are going to want to save! It is thick and creamy and it is loaded…Read More 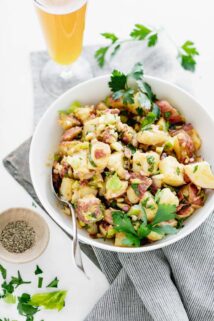 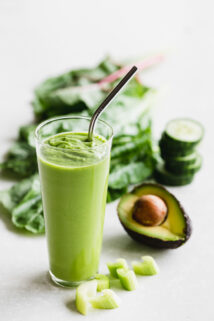 It’s pretty safe to say that most of you have probably made a smoothie, right? But have you made a Healthy Green Smoothie? Adding dark…Read More 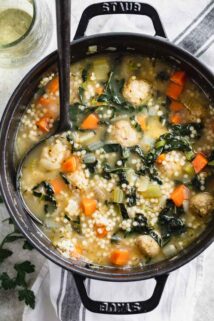 If you are craving a steaming bowl of nourishing comfort right now, then look no further than this Italian Wedding Soup made with extra veggies,…Read More 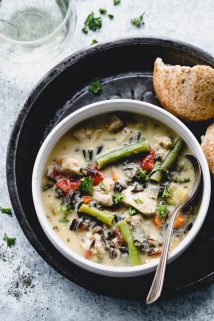 Simply calling this recipe Chicken and Wild Rice Soup is almost a disservice, because it’s also a freezer meal that cooks in a crockpot! So…Read More 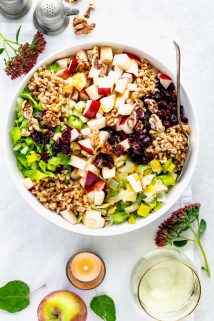 Here is a delicious Farro Salad made with sauteed leeks, apples and walnuts. It has orange and walnut vinaigrette and dried cranberries which gives it…Read More 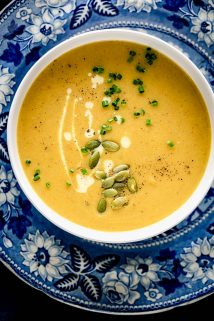 Can I just tell you how much you are going to love this Roasted Pumpkin Soup? A lot, that’s how much! Not only is it…Read More 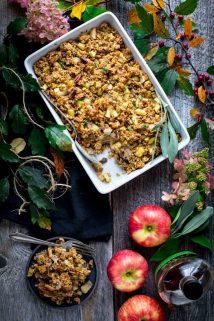 cornbread stuffing with apples and pecans {with a gluten-free option}

It is not possible to have Thanksgiving without stuffing- so that’s why I have a brand-new stuffing recipe to share with you today! But I…Read More 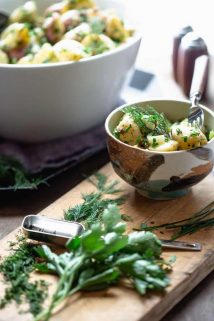 No mayo was used in the making of this Vegan Potato Salad with Herbs. Just a simple oil and vinegar dressing and a ton of…Read More 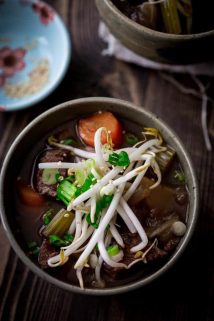 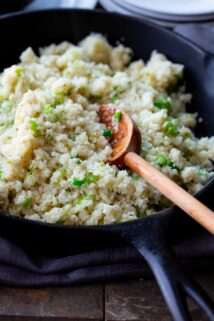 Today I have a from scratch Cauliflower Rice recipe made with fresh cauliflower, scallions, garlic and a little rosemary. It is a simple low-carb side…Read More