Here are two healthy 4th of July side dishes plus some great recipes for the grill for this weekend’s barbecues and cookouts! 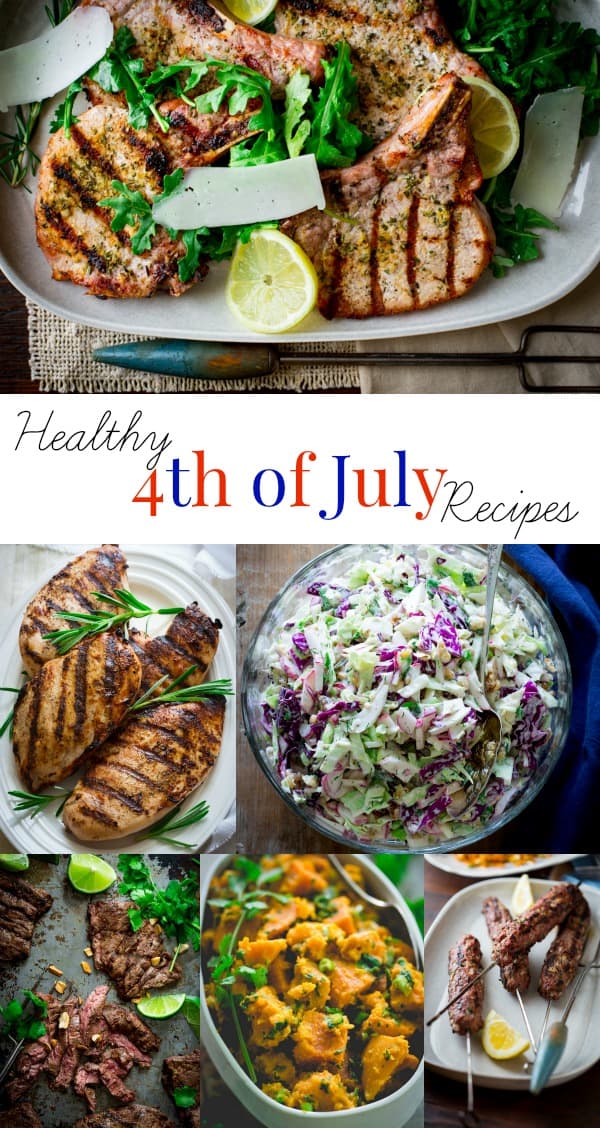 I had a TV appearance yesterday! Vermonters, did you catch me? Thank you to all of you who sent me messages letting me know you saw it! That was so fun!

Since the majority of you didn’t see it, I wanted to share it here too.
Healthy Barbecue Side Dishes-

These are the two recipes I made.

It went pretty well, and next time I think I may try to pack even a third recipe into the 5-minute segment. I can do that right? That is if there is a nxt time because I may not get asked back…. When I was cleaning up, I totally dropped a soapy mis en place dish in the sink and made a big crashing noise during the weather that was rolling live in the next stage!!! Ooops!

During the segment, Gina, my host asked me about fresh ginger versus dry ginger, and upon reflecting about that overnight, I realize I didn’t give a great answer and people ask me that a lot. I think the long answer to that question is, that I think of them as two totally different ingredients. They don’t really taste that similar because a lot of the subtle olfactory essences are lost in the powdered. In a pinch, go ahead and sub in the powdered when fresh is called for. But try to keep a ginger root on hand. I use it at least once a week for recipes like this fast ginger pork and this carrot and radish salad or ginger lime black cod! And you can store it in the freezer too. I mostly only use the powdered ginger for baking.

If you follow me on Facebook then you probably saw that I flew to San Francisco for the ALA conference last weekend for my first promotional engagement for Maple. It went well too. I couldn’t have done it without the help of Annelies who just wrote her first cookbook too! 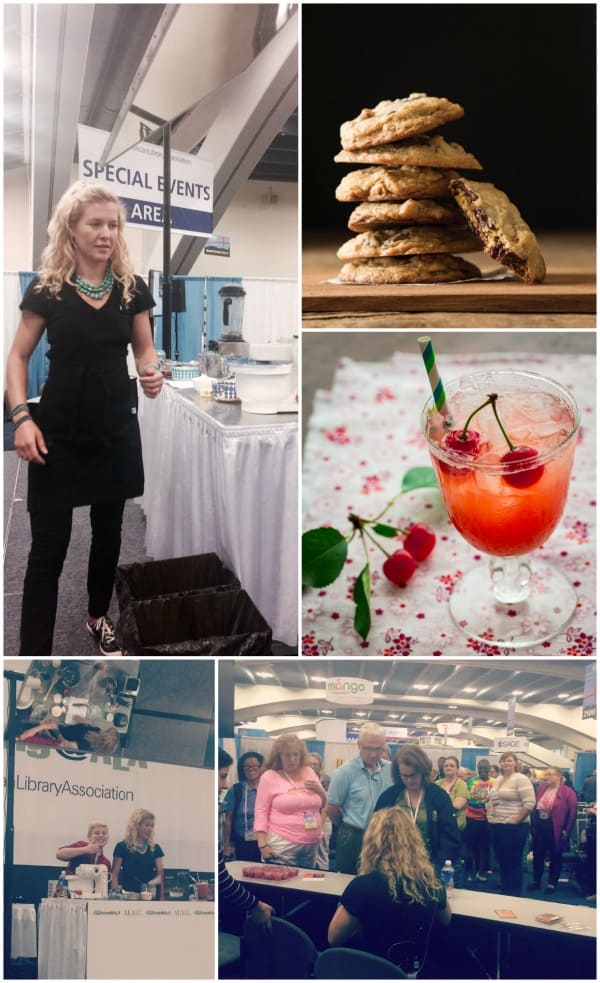 I made Maple Sour Cherry Shirley Temples and Maple White Chocolate Chip Cookies. One of my audience helpers was a 12 year old boy who was a total ham. The audience was so nice and a lot of them stopped by for a signed book plate that they can use once the book is released on October 6th. {Note to self, figure out how to sign a lot faster!}

I also wanted to share some delicious favorite recipes for the grill for the 4th of July! 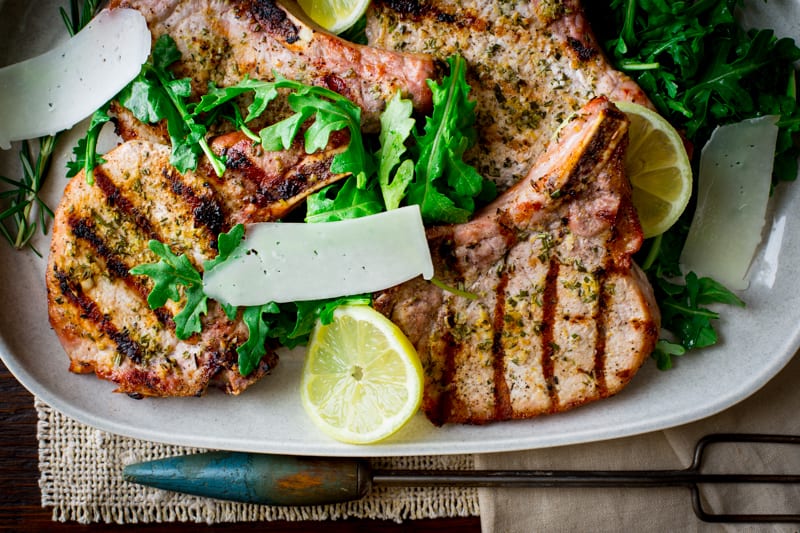 Pork Chops with Arugula and Pecorino 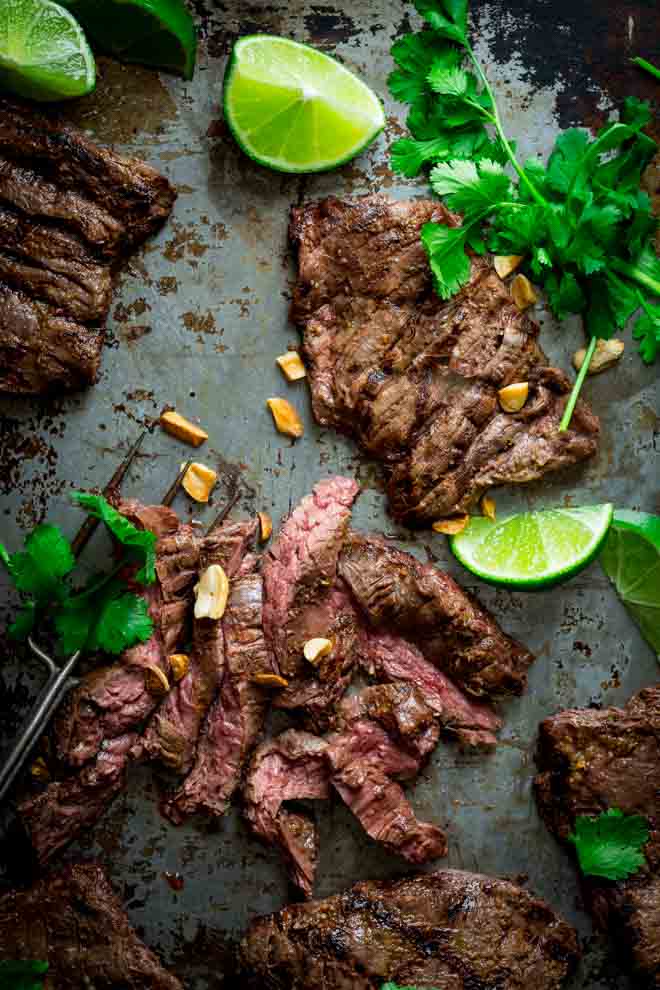 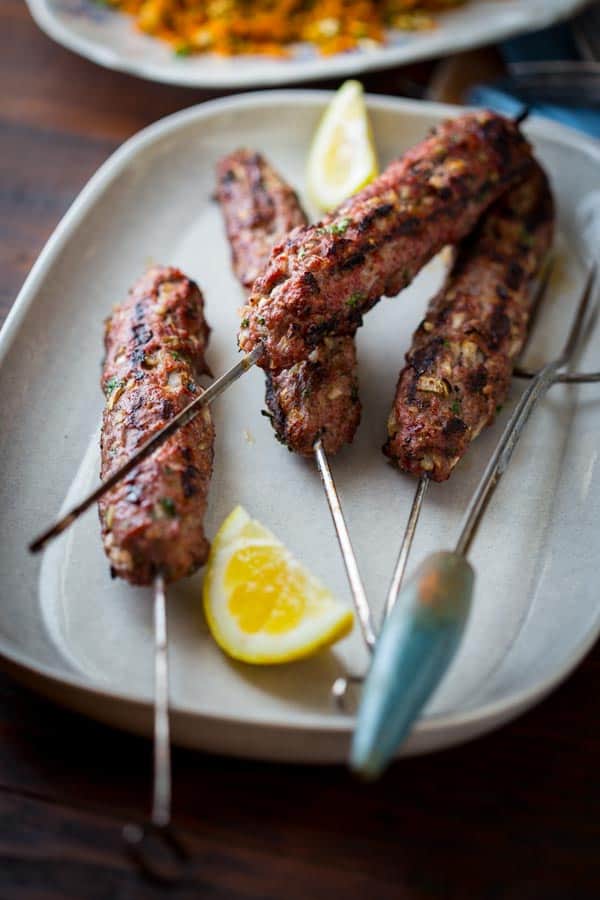 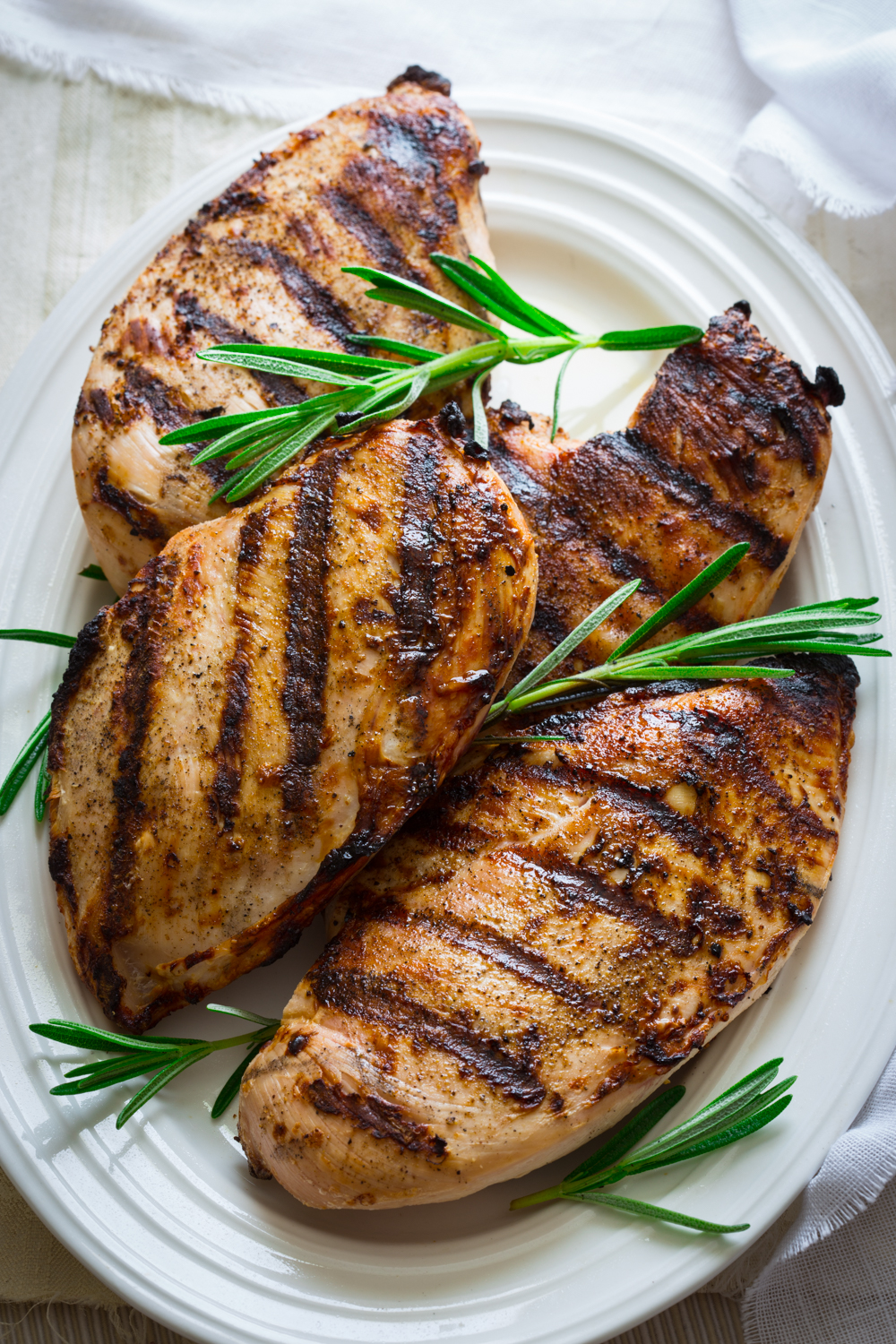 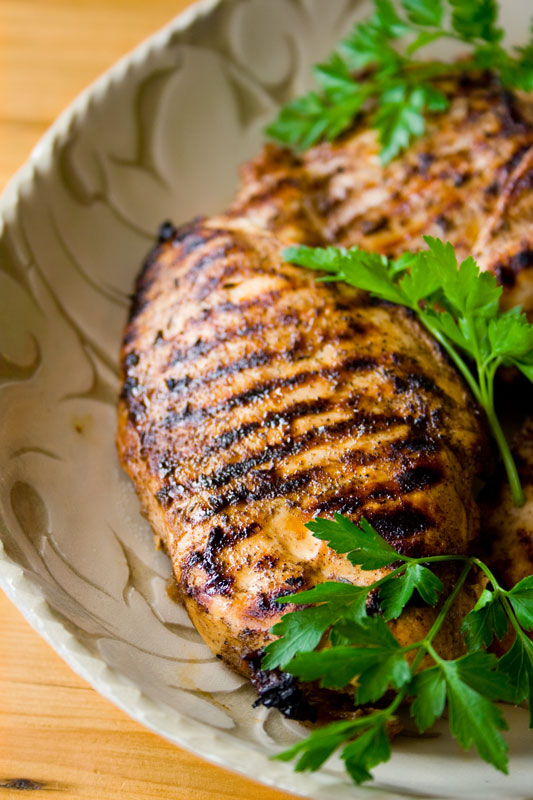 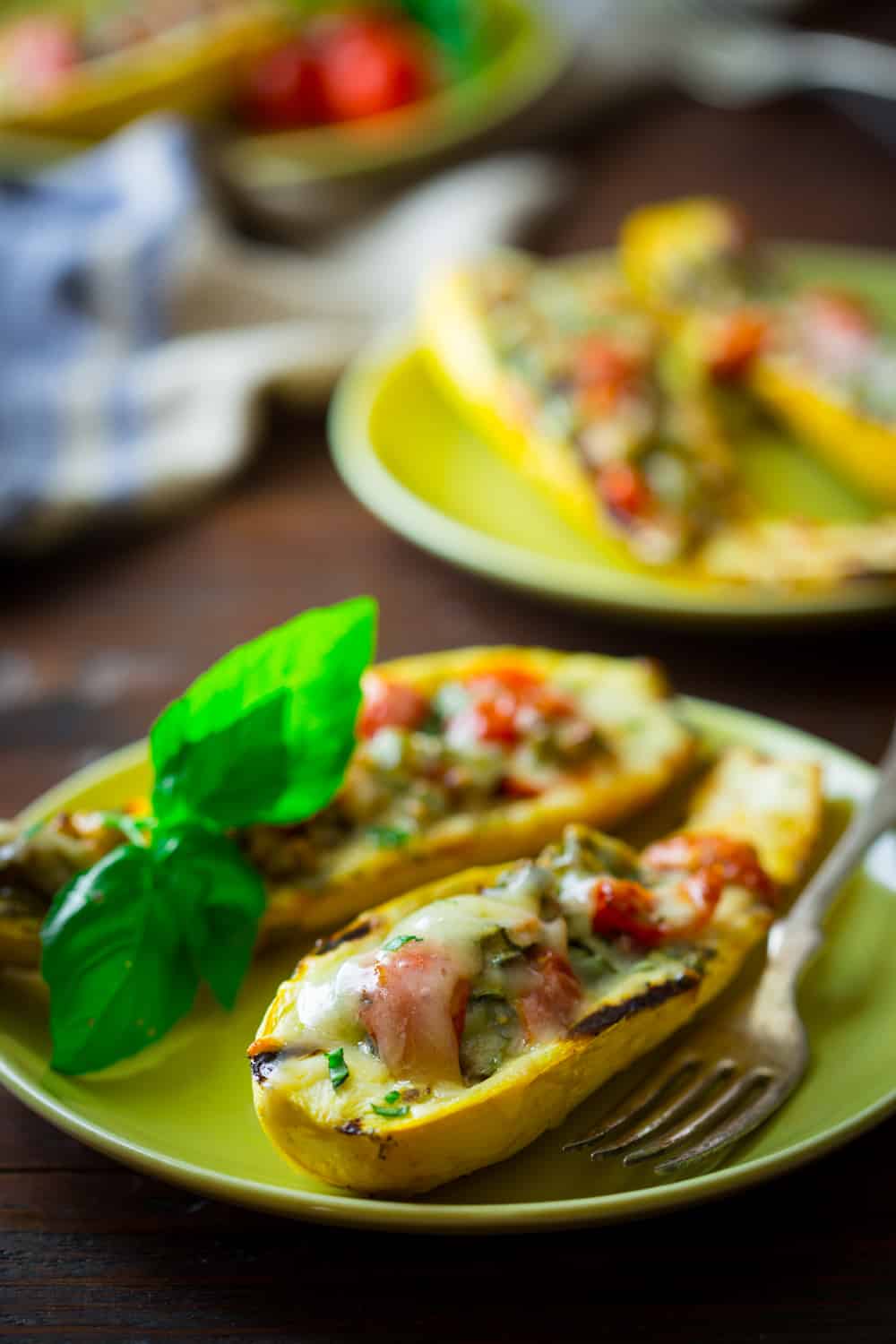 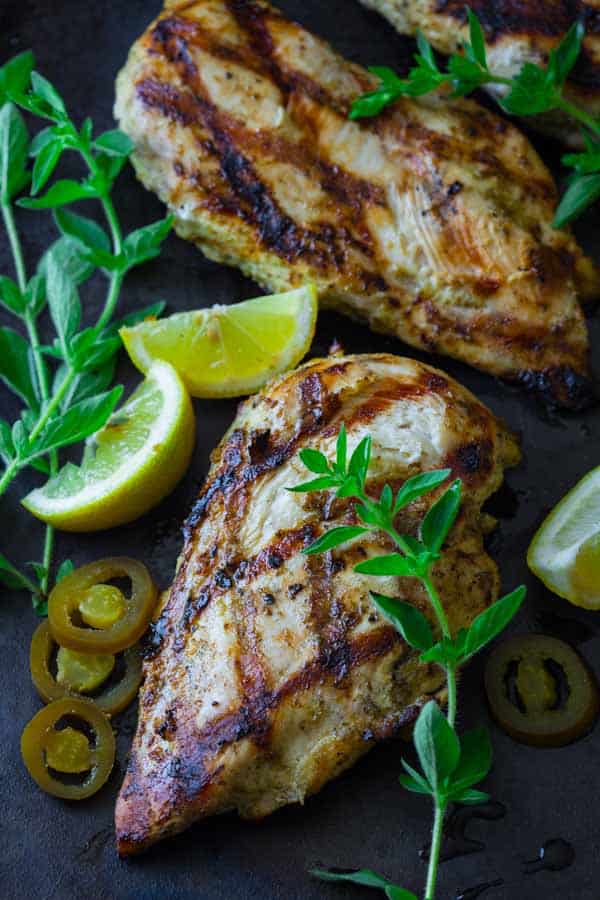 Do you use both fresh and dry ginger?

Do you think I could have squeezed a third recipe into the segment?

Have you ever gotten a signed copy of a cookbook before?

Hope you all have a great 4th of July everyone! 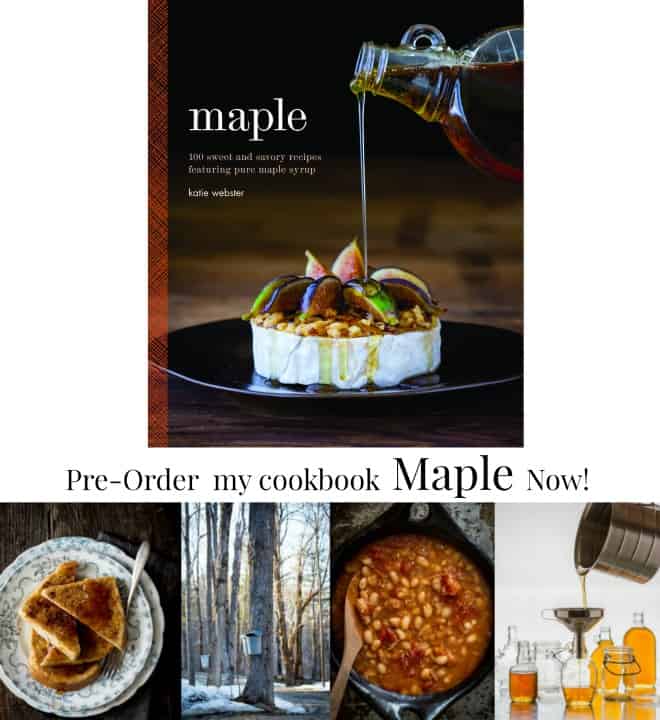