Home » No Index » thursday things ~ how to find satisfaction

thursday things ~ how to find satisfaction

A woman in my BodyPump class asked me if I really eat all that cheese that I am always talking about on my blog. I told her yes I do. And here is why. 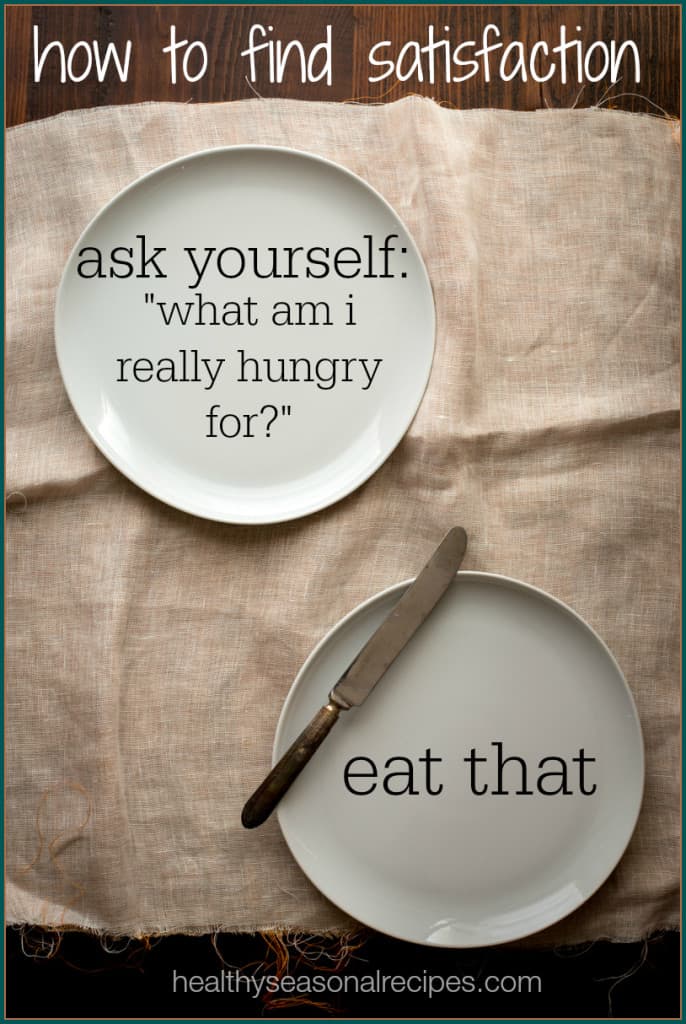 Cheese satisfies me. I allow myself to eat it, even though it has saturated fat and is relatively calorie dense at 110 calories per ounce, because it is what I really want. If I were to forbid myself from eating it, I would only want it more, and I would end up eating too much of something else in an attempt to satisfy myself with an “allowed food.” And I would still want the cheese. Instead, I listen to my hunger, my real hunger. And I eat the cheese in the first place. It is what I hunger for, and I feel truly satisfied when I eat it. And here’s the thing, I eat an ounce of it. And I stop there because I feel satisfied. It’s 110 calories, and I am happy.

In a way, it is harder to listen to that inner hunger and satisfy it, than it is to follow a diet. With a diet, there are rules. They are all black and white. With listening to your hunger, and satisfying it, you have to tune into signals that you may have very intentionally tried to squash while following the rules of a diet.

I learned this the hard way. I spent way too much of my twenties counting calories and restricting my diet. I had struggled with weight gain when I went off to college. {I gained fifteen pounds my freshman year.} After spending too much time being bummed about gaining weight, I took hold of the reins and went on a diet. I ended up being too restrictive. I made it all black and white. I had a certain number of fat grams that I needed to stay under, a certain number of calories I needed to stay under. Every time I took a bite there was a mental calculation.

I look back on that time and feel sad that I wasted so much energy counting fat grams and calculating how many calories I was eating. Sad that I was never satisfied. My hunger wasn’t satisfied and I was never happy with the way I looked, even though I had lost the weight.

Eventually, I read Intuitive Eating, by Evelyn Tribole. And it really changed my attitude about eating. One of the major things I learned from it was to listen to your hunger. Not just physical hunger, like a growling stomach. {Listening to physical hunger IS part of it too, and is really important.} But the hunger for that which you really want to eat is super important. When I started intuitive eating I wanted chocolate donuts. Isn’t that funny?! At first I was so worried that if I ate the donuts I would gain weight. But after a few stops at Dunkin’ Donuts, I actually found that I didn’t really care about them that much anymore. Then I also went for poptarts for a while. Ohh boy… It took me a while though to find the place where I am now. Now I can see a craving from a mile away and I know to get on it before it turns into a big deal.

Today, for me, I really want to eat cheese. So I listen to that. Sometimes I end up eating ice cream for lunch. Then I go about my day. Most of the time, I eat big salads. It all works out. Here’s the shocker: The irony of this shift in mentality is that I don’t count calories at all anymore, I am thirty-eight, I’ve had two kids, and I still fit into my jeans from my early twenties from when I was obsessed with calorie counting.

I wrote about this around Thanksgiving, and I said this. “The real deal scratches an itch that an imitation won’t.” This is exactly what I am talking about. For me the real deal is a square or two of dark chocolate. (Sorry stevia sweetened chocolate is not going to cut it for me.) Or an ounce of really sharp cheddar does the trick. That is so much better than a low calorie imitation in my opinion.

Don’t get me wrong, this isn’t sweeping permission to eat everything with reckless abandon. I’m saying that for me, when I really tuned in and listened, I heard what I really wanted. Seriously, you may be scarfing up a whole paleo pizza at 1100 calories, when a simple slice of regular thin crust wheat dough pizza was what you really wanted. Why eat a plate of turkey bacon if a strip of pork bacon will do the trick. But this is really hard, you have to be able to recognize the hunger AND the satisfaction. That is what makes you stop at the single slice.

I am not saying that this is the magic bullet to staying slim. Nor am I suggesting that choosing to diet is all about being thin. {I get that people are restrictive for other reasons.} It isn’t the whole picture, by any means. What I am saying is that there is little point in getting to your goal weight if you aren’t satisfied. Being dissatisfied is unsustainable. For me, being satisfied is one of the big keys to my maintaining a healthy weight.

Here is a great post from Anne the RD about why you should throw away your scale.

If you have yet to read why I don’t believe in swearing off food, this is a good one.

Former restaurant critic, and recovered dieter, Ruth Reichl on how she gave up dieting and lost weight as a result.

What do you really hunger for?

Do you count calories?

Is the thought of listening to your hunger scary compared to the black and white rules of a diet?

DISCLOSURE: Amazon links may be affiliate links. That means that if you click on that link and buy the product I will receive a small commission at no extra cost to you. I only link to products that I like.

10 comments on “thursday things ~ how to find satisfaction” 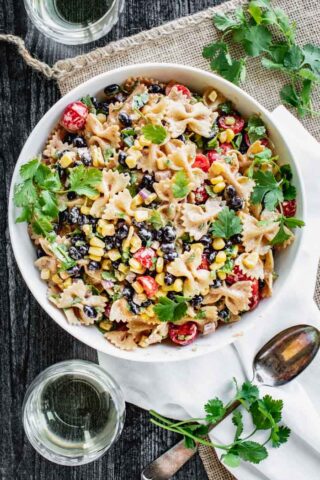