Friends, I have a healthy and skinny cheesesteak recipe made in a slow cooker for you! I’m guessing that cheesesteaks don’t exactly spring to mind when you think of dinner from a slow cooker. Nor do you often think of putting the word “skinny” anywhere in the near vicinity of the word cheesesteaks. But this month’s Recipe Redux is all about making unexpected meals from your slow cooker. 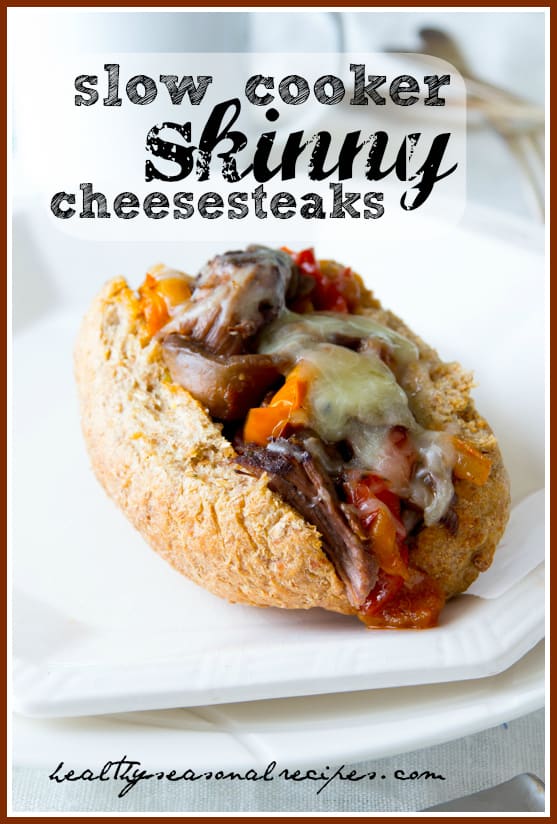 The challenge was to make anything that isn’t a casserole. And of course because this is the Recipe Redux it has to be healthy. So being a good Philly girl, and since cheesesteak was my first solid food (my mom swears this is true) I had the idea of making-over a Philly cheesesteak. Trust me, there would be no frying of the beef, and  no ‘wiz’ in sight.

How To Make Skinny Cheese Steaks 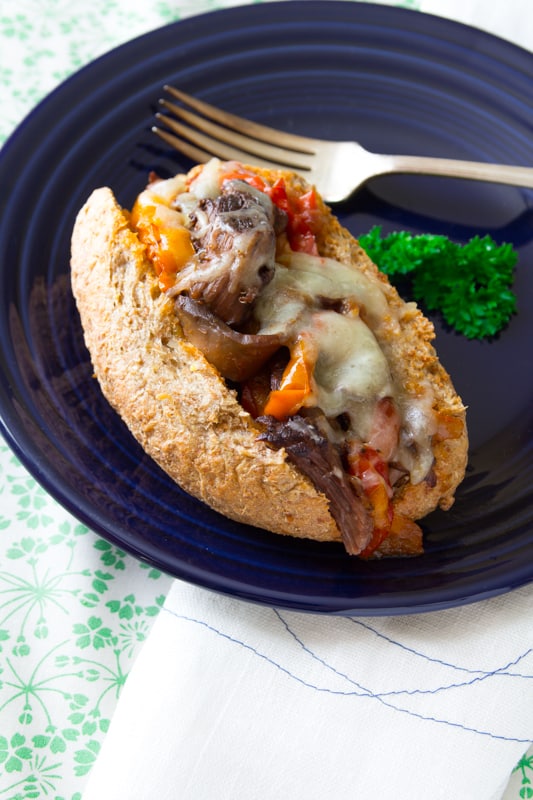 My last Recipe Redux post can be seen here. What is your favorite slow-cooker meal?

Healthy cheesesteak sandwiches, cooked in the slow cooker with peppers, onions and mushrooms.