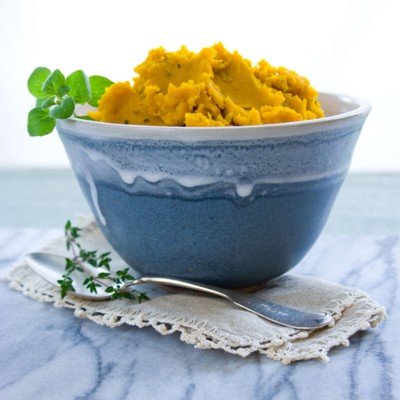 Every fall, when squash is in season, I think of a time when my husband and I were first dating. I had made dinner for the two of us. I don’t even really remember the menu, except there was squash on it. When I told him that we were having squash, he off-handedly referred to it as “squish.” I gave him my furrowed brow expression. Did he really not know how to say the word correctly? But I soon realized that he called it that because he didn’t like it. Huh? How could you not love the most sweet and savory, satisfying, unctuous fall vegetable? I remember serving it to him anyway. I had already decided that I really liked this guy and picky-eating was a deal-breaker for me. That’s sort-of how I roll with anyone who tries to be picky, I just ignore it and it will go away. 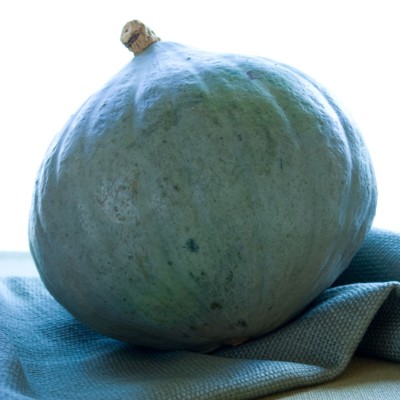 Since then, I realized that it was pretty naïve for me to be shocked. Squash is not well loved by a lot of people. But I sort of think maybe it’s because they haven’t been preparing it correctly. Or maybe they just need to give it another try. Too bad, because squash is nutrient rich. According to www.eatright.org most varieties of winter squashes “provide nearly 6 grams of fiber in one cup and are a good source of potassium, vitamin C, folate, magnesium, iron and calcium.” So I say, even folks who don’t like it should try it again with nutritional stats like those! 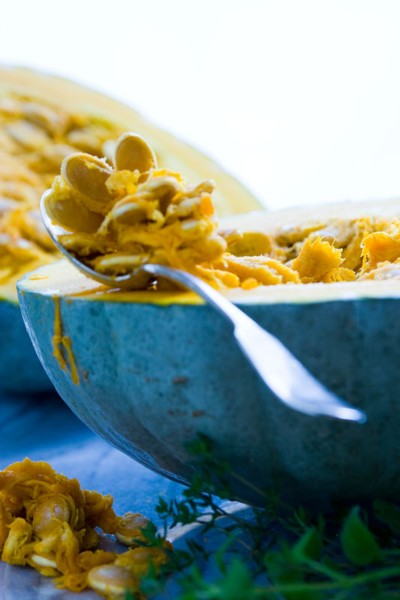 So over the years I just plugged away serving squash to him. Quickly he stopped having to choke it down. And eventually he stopped calling it “squish.” Now we’re at the point where he loves it as much as me. A few weeks ago when I made this recipe, he inhaled his serving and said, “This is off the hook!” Then he got up from the table to serve himself seconds. Thank Goodness, because he’s a keeper. 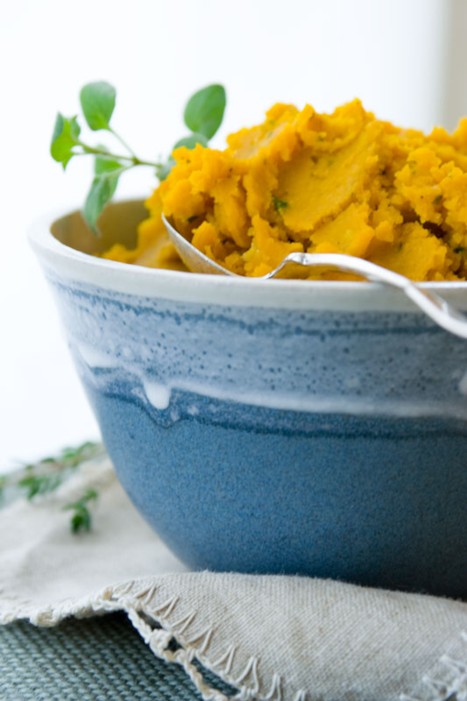 Savory squash puree with herbs and broth- can be made completely vegan if you use vegetable broth. Perfect for a healthy Thanksgiving side dish

*Ingredient note: I used a blend that was 50% chopped parsley and the other 50% was a blend of oregano, rosemary and thyme. If you’re going through the trouble, make extra and store it in an airtight container in the fridge for up to a week. You can add it to all sorts of goodies like turkey and biscuits casserole, scrambled eggs, savory muffins