Easy recipe for homemade multigrain pizza dough. So much better than store-bought and you can make it in your stand mixer or knead it by hand. 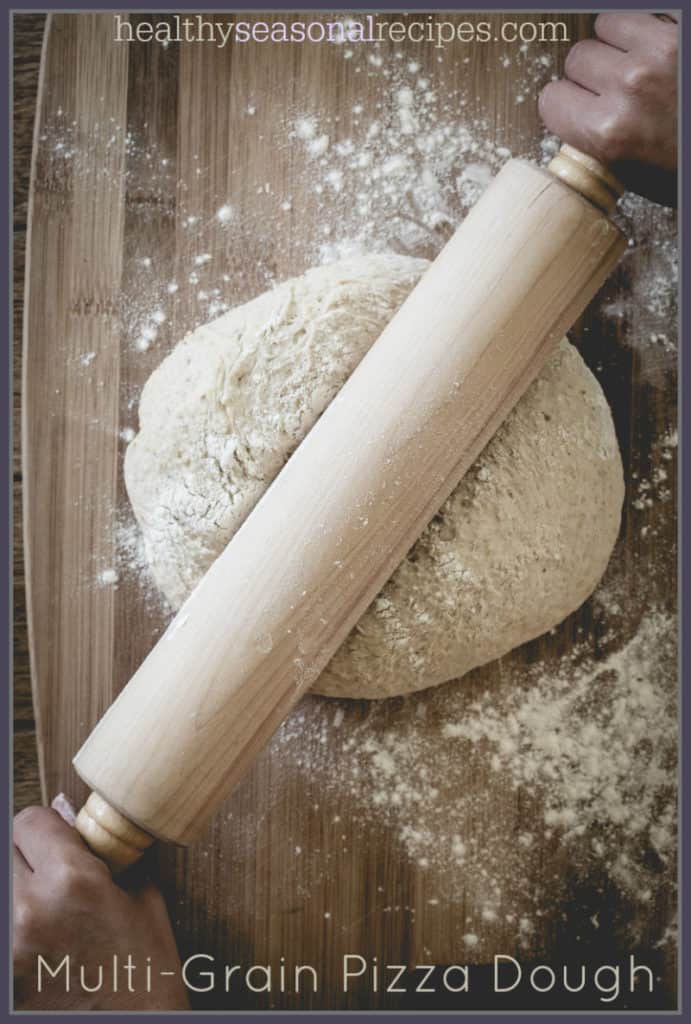 I asked on the Healthy Seasonal Recipes Facebook Page last week if you all like to make your own pizza dough or if you buy it. I was pretty amazed that across the board most people preferred to make it themselves. Maybe the people who buy it were just not fessing up, or maybe they are just too busy to be commenting on FB. I am not sure, and this certainly wasn’t scientific on my part. But I realized that I may be in the minority because I buy my dough most of the time. 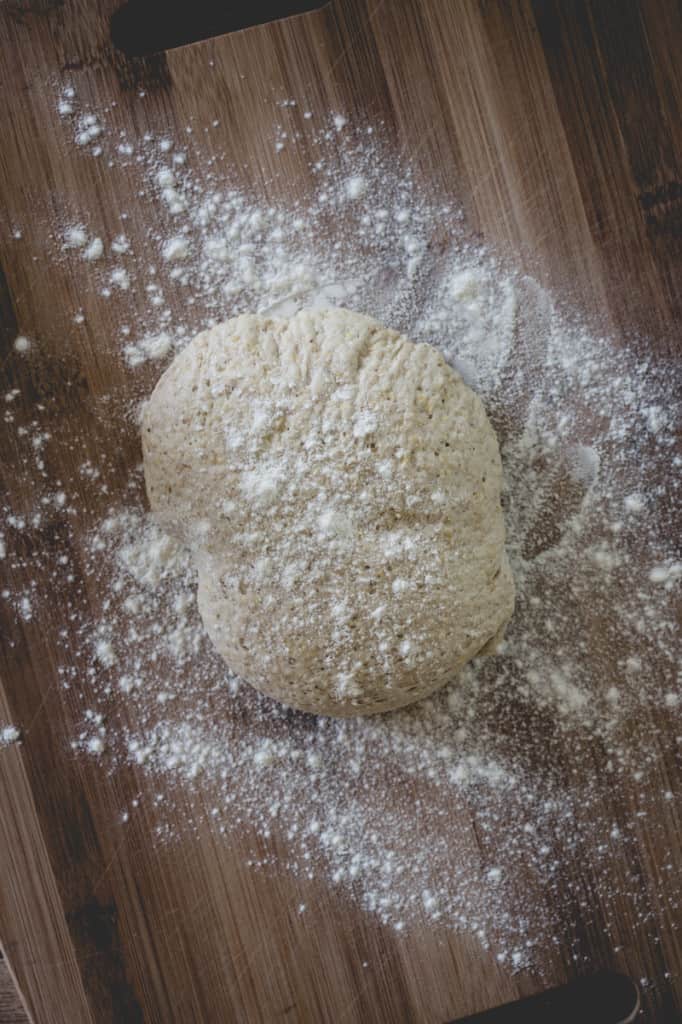 I feel like I have to defend myself. I guess I buy it because I reserve making pizza for dinner for one of those, Oh crap, I don’t really have time to deal so I am just going to bust out a pizza dinners. So as a result, I tend to stick with the store bought kind. I buy the whole-wheat or multi-grain dough from Hannaford (which is a New England grocery chain.) The doughs are in the deli case with the “fresh” pastas and refrigerated pesto. But if you ask the people behind the deli counter, they will give you the ones that are still frozen from out back. I just keep them in my freezer, and on busy weeks when I know I will be coming in the door right before dinner needs to be on the table, I pull one out of the freezer and let it defrost in the fridge the day before I’ll need it. It is not the best crust in the world, but it is better than take-out. 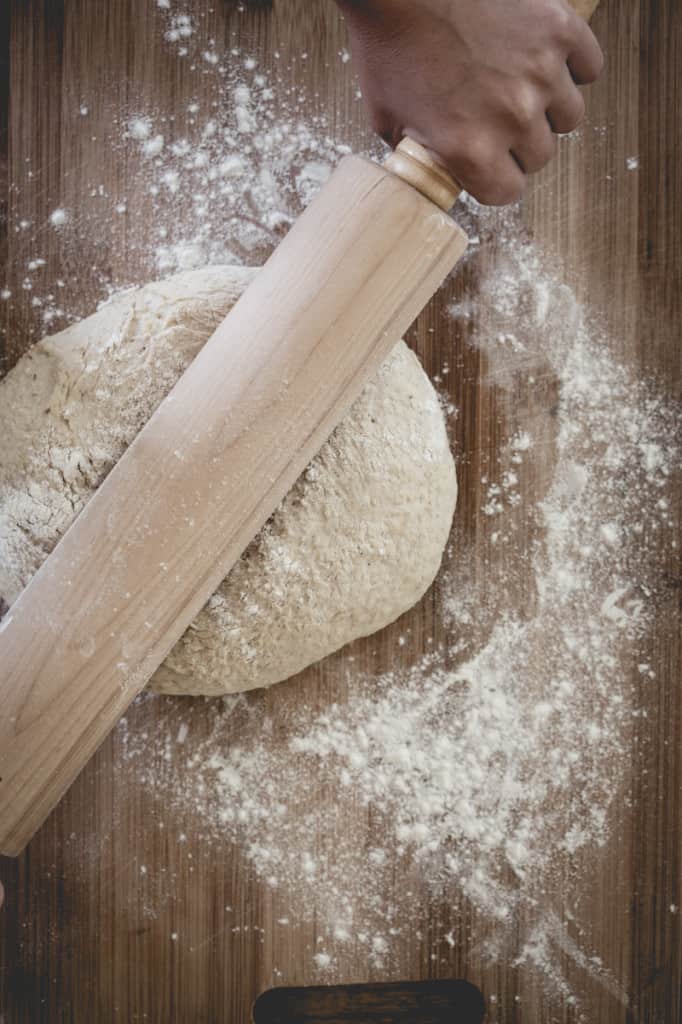 But seeing that a lot of you already like to make your own crust, I started thinking about it. And about developing a master recipe for the blog. One I could reference any time I ran a pizza recipe. One that worked as flawlessly as the multi-grain Hannford dough. But tastes better than that. And one that is better than take-out. 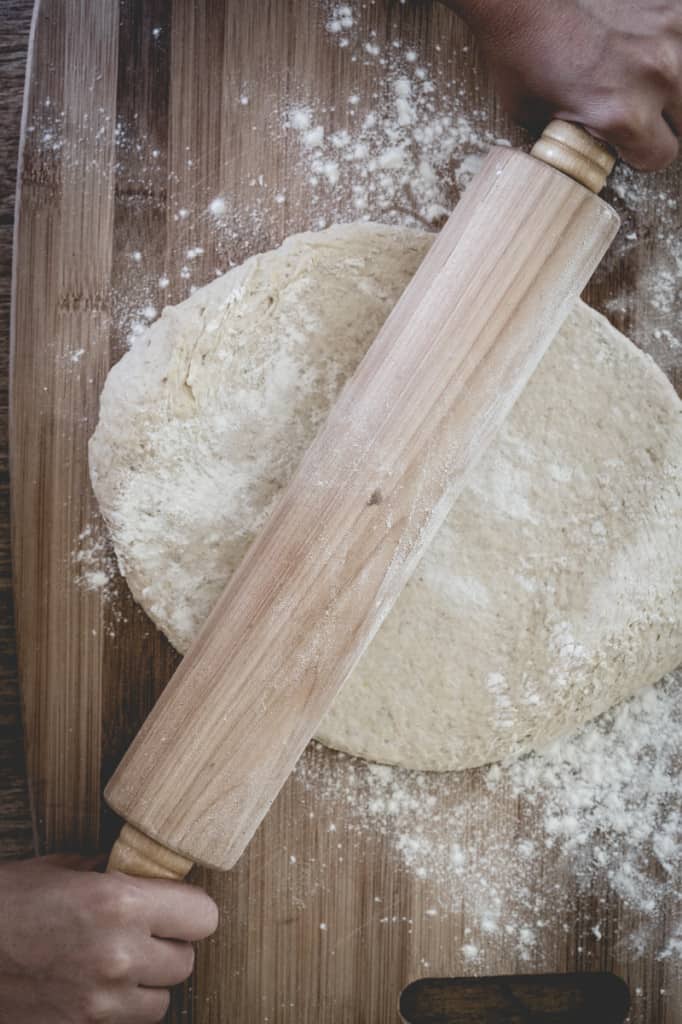 So to begin with I need to tell a tiny side story. When I was working in the EatingWell test kitchen, I worked on a bunch of the recipes for the Simple Art of EatingWell Cookbook. I have many favorites from that book, and the thin crust pizza dough was one of them. Man, I tested that recipe, and tweaked it more than a dozen times. It was the base of a master pizza formula, and so even after the crust was perfected, then I had to test all of the combinations of toppings. But as a result, the recipe is awesome and bullet proof. Today it remains The Recipe I use when I am actually making dough from scratch. 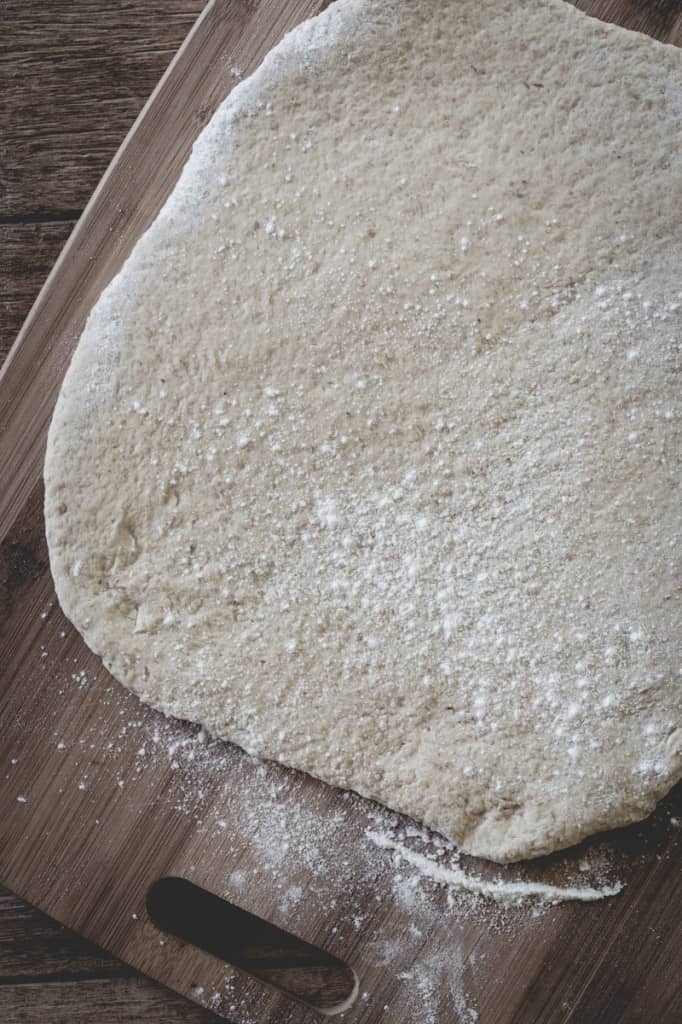 So when I set about working up this multi-grain pizza dough recipe I used the EatingWell thin-crust dough recipe as a jumping off point. To be able to add in the grains, I knew I’d have to mess with the formula a bit to get the right consistency. I wanted it to be like the crust I like to buy, but better and home-made. So I increased the total amount of water, boiled it and used it to pre-soften some Bob’s Red Mill 8-grain cereal. (Disclosure I got the cereal for free from Oldways.) My first test was too dry, so I decreased the amount of flour when I retested and I was really happy with the way it came out. It has a lot more structure than the original thin-crust dough and I love the texture from the grains. I hope you enjoy it! 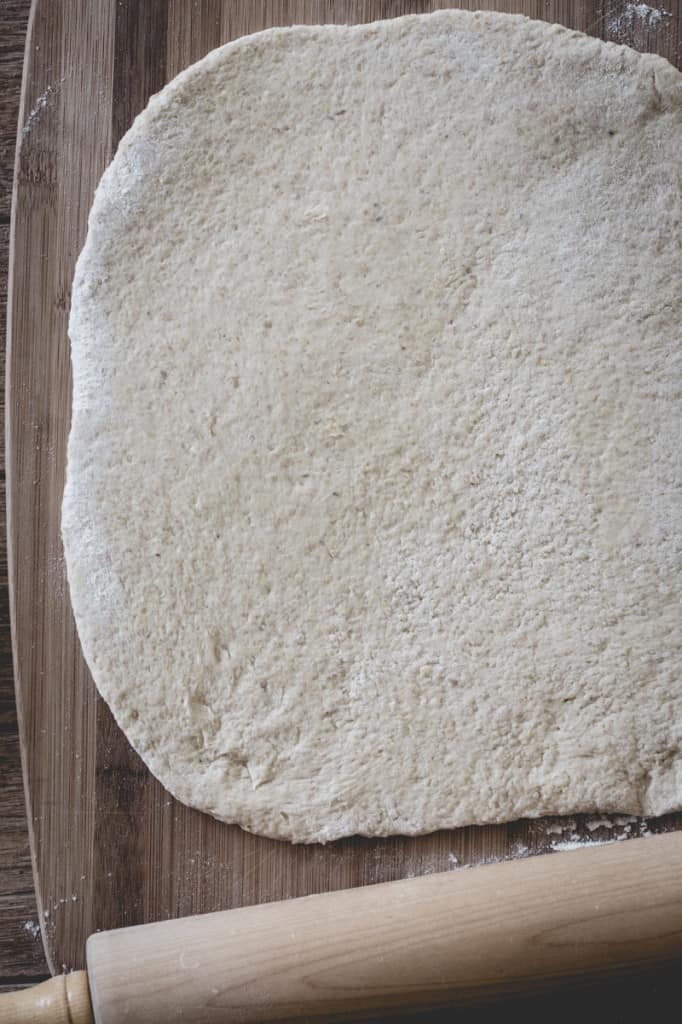 What about you, do you make pizza dough from scratch or do you buy it? Or both?

Can you find store-bought whole-grain pizza dough in your area?