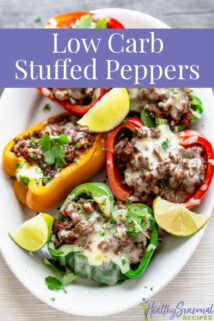 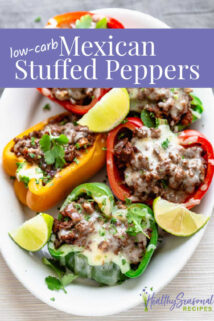 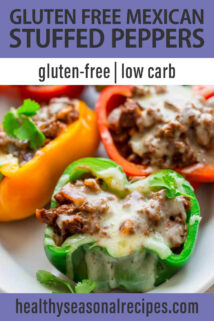 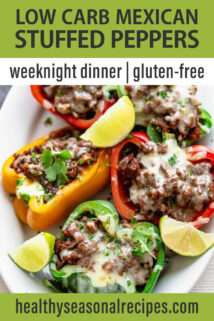 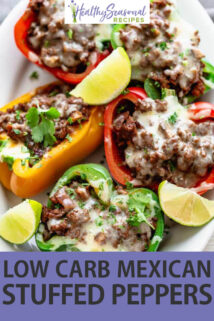 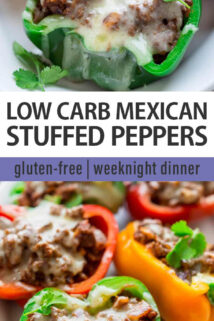 How to Cut the Peppers

Cut the bell peppers in half right through the stem. This will give you two even sides that lay flat. They’re perfect for filling! Next using a kitchen spoon and pairing knife, scoop out the core, seeds and ribs from the inside of the pepper. Leave the stem intact though so the filling won’t fall out the sides!

Ready in only 20 minutes

Indeed they can be cooked in only 20 minutes and it’s not magic, I just used the microwave! This gives them a head start. That way, they will already be cooked when you fill them and top them with cheese they only need another minute or so to melt the cheese. I used this same technique for my Vegetarian Stuffed Peppers and it worked like a charm! 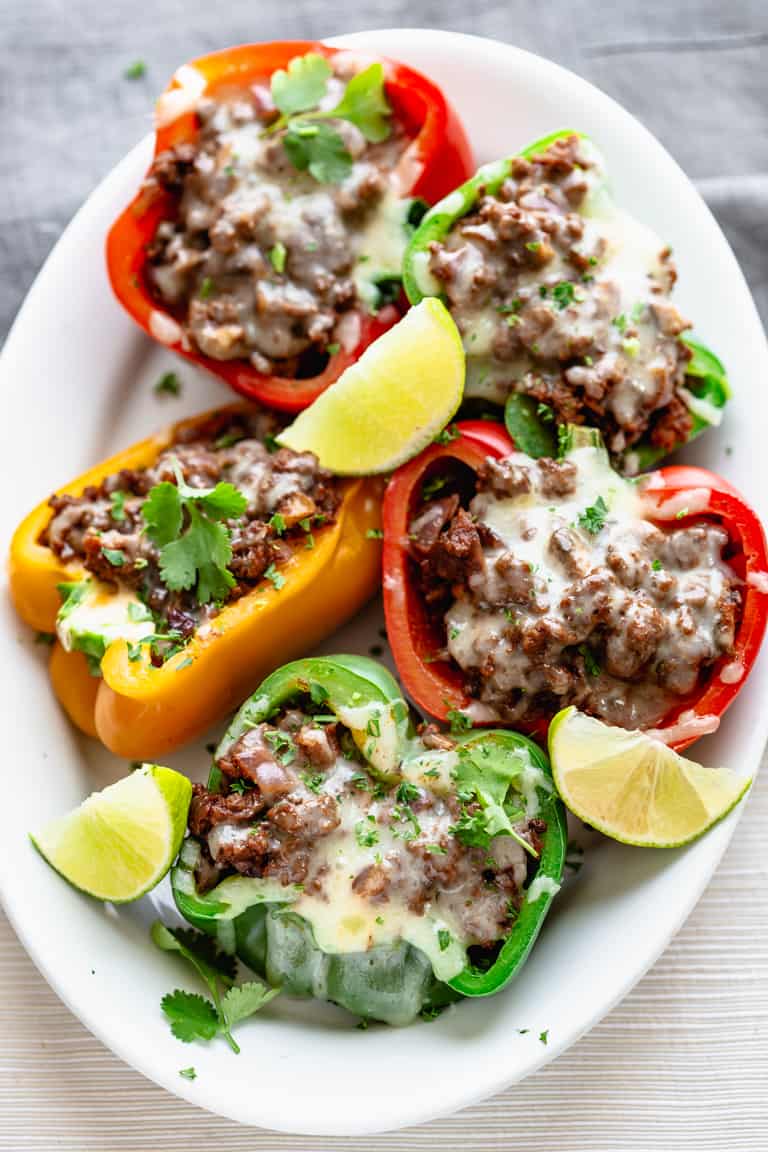 Make the Low Carb Beef Filling on the Stovetop 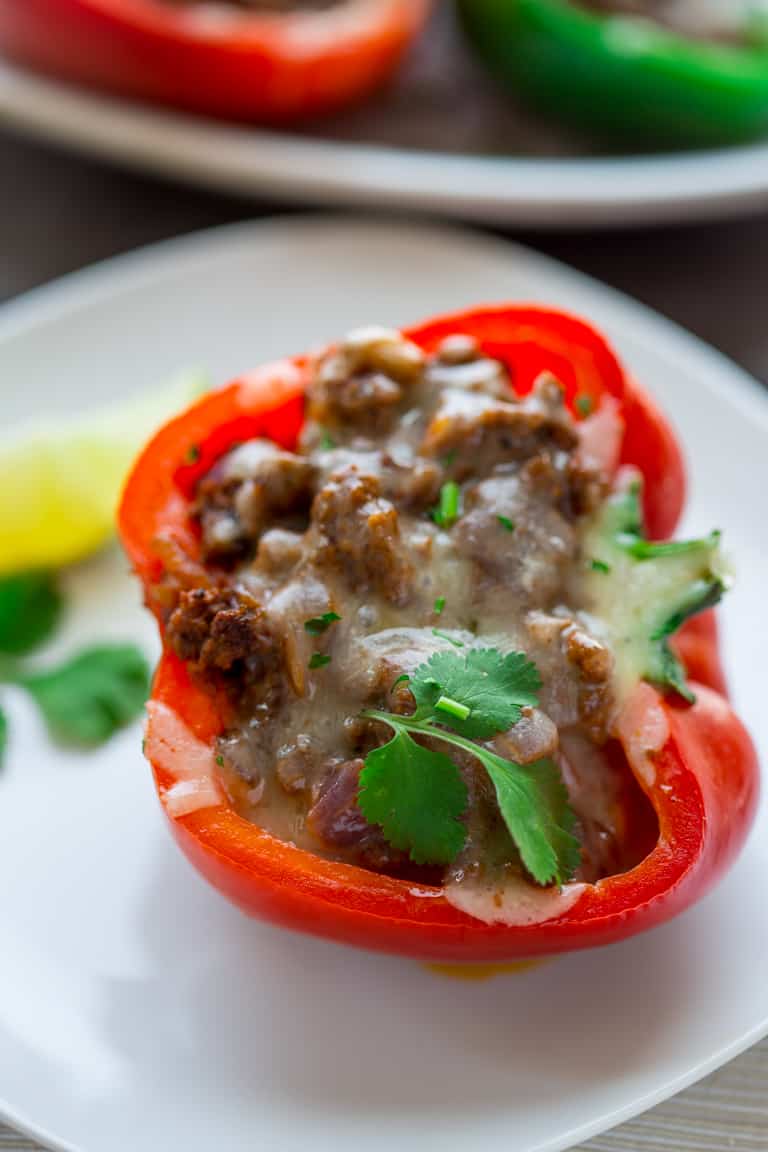 Step By Step Photos To Make This Recipe

1. Arrange pepper halves in a dish, add water and cover. Microwave to steam 4 to 5 minutes. 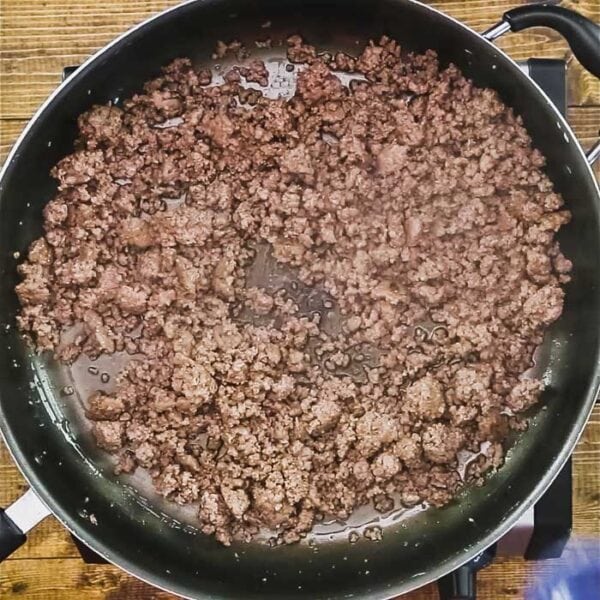 2. Brown beef in a large skillet. 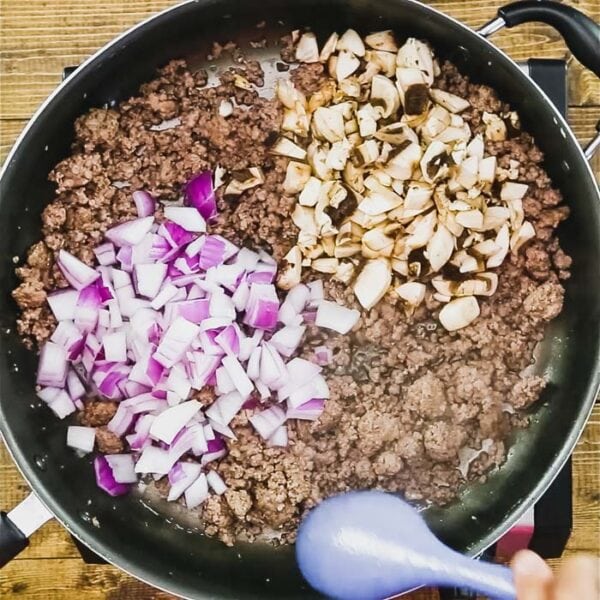 3. Add chopped mushrooms and onion, and cook until softened. 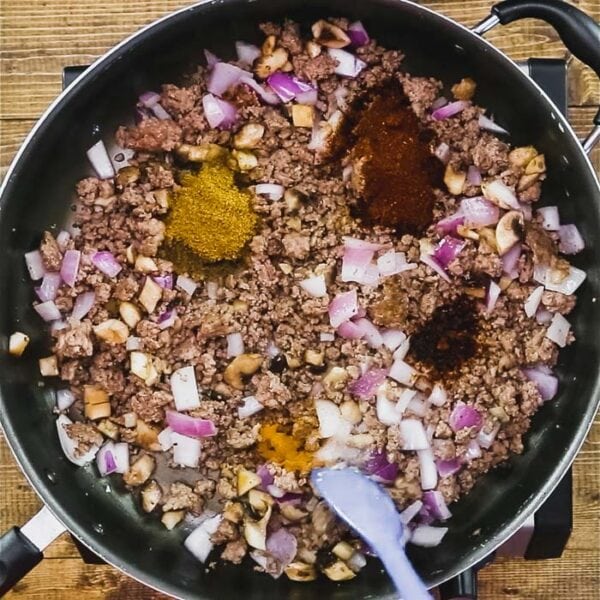 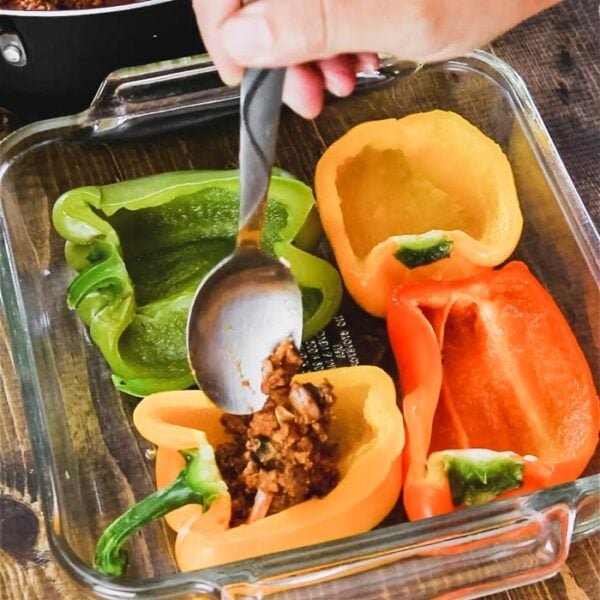 5. Drain the peppers, and fill with the beef mixture. 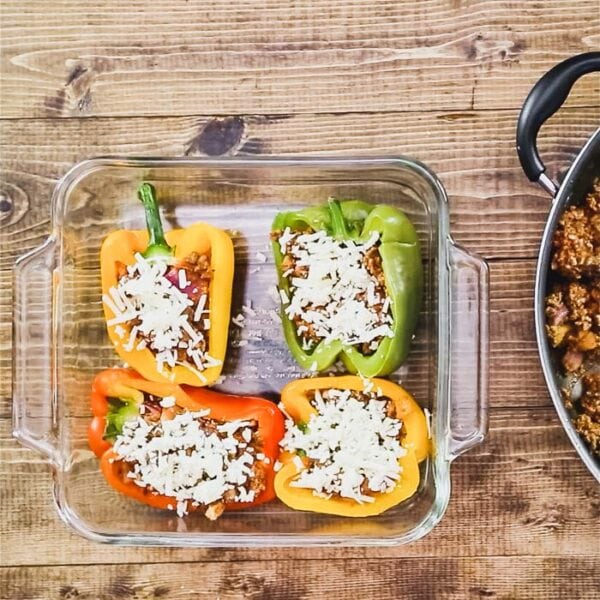 6. Top with shredded cheese and microwave to melt the cheese. 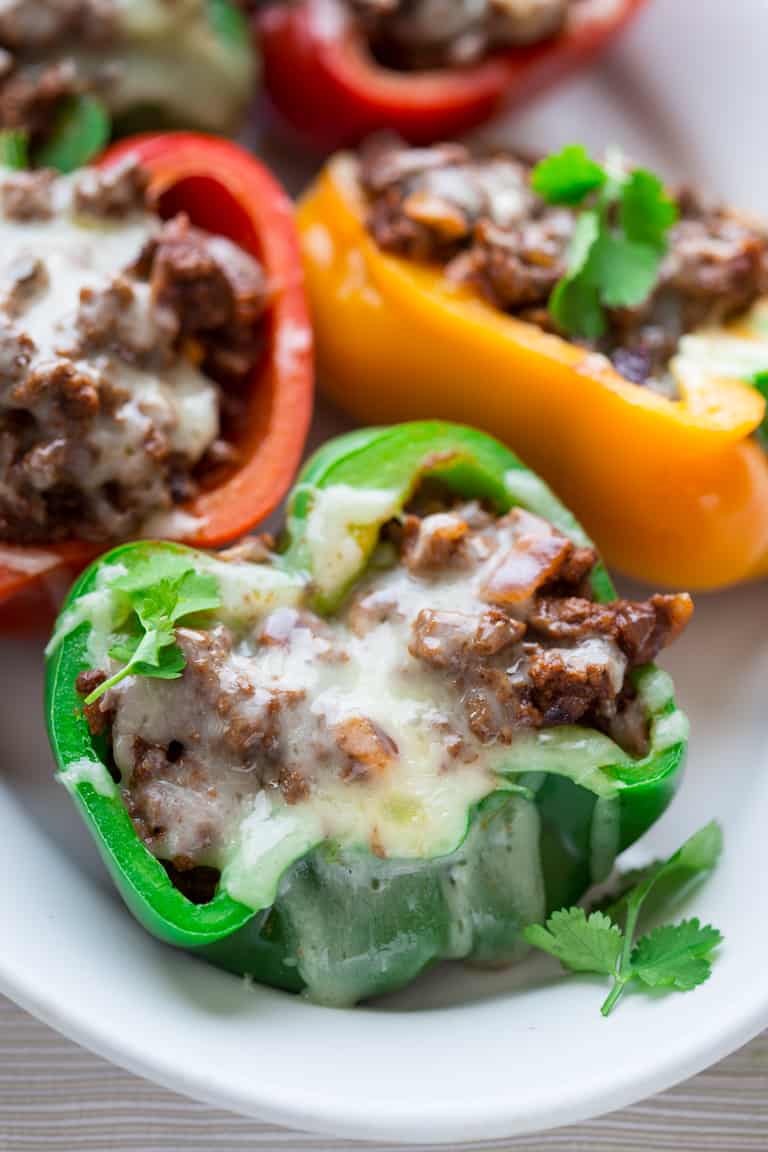 Thank you for reading. If you’re new here you may want to sign up for my email list or follow me on instagram to keep up with the latest posts. If you make this recipe, please come back and let me know by leaving a rating and review.