A healthy gluten-free cornbread stuffing recipe with bacon and butternut squash for Thanksgiving. Seasoned with smoked paprika, sage and a pinch of nutmeg. 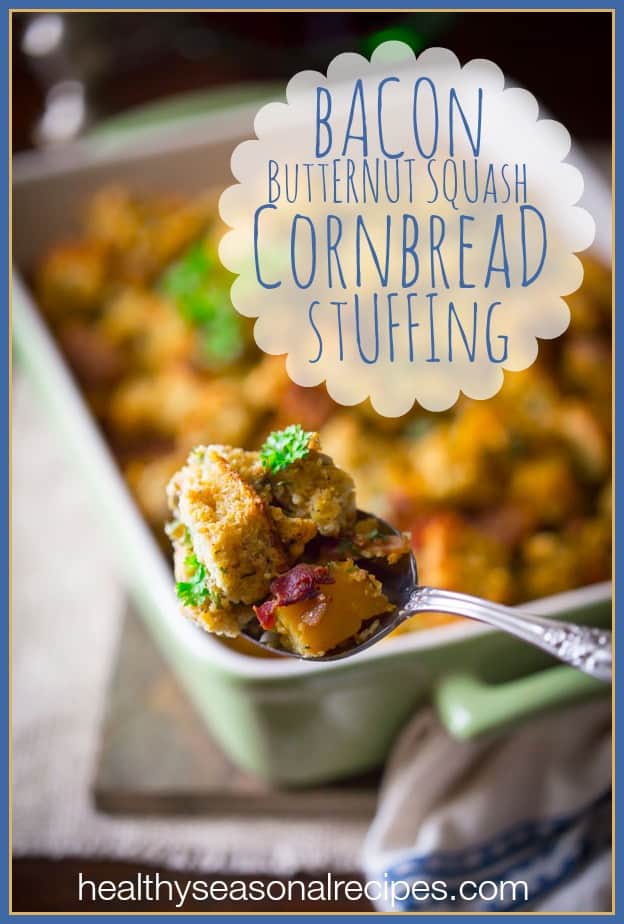 A few years ago, while I was at the gym setting up my weights for BodyPump my friend, a fellow pumper stopped me to introduce me to her husband. “This is Katie, the stuffing lady.” Light dawned in his eyes as if he knew what she meant. I on the other hand, had no idea what these people were talking about, but I said “So nice to meet you” as if I was in on it.

Then she explained that they had been making my Pecan Cranberry Stuffing with Chicken Sausage for Thanksgiving and that it had become their family’s official stuffing recipe. I don’t think I have ever had such a huge compliment. I haven’t posted a stuffing recipe since. How does one top that? #honored 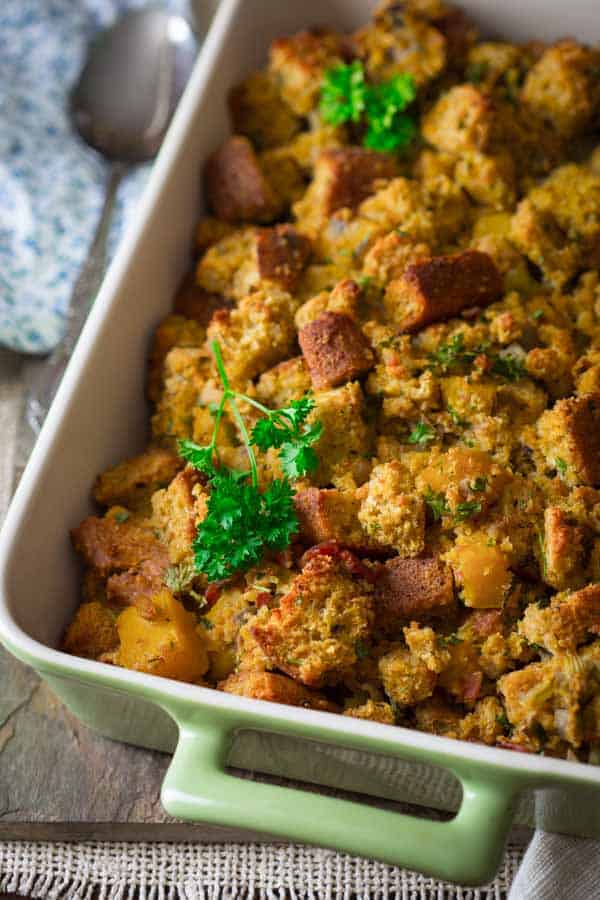 It was with humble trepidation that I decided to make another stuffing for this November. I knew it had to be good to live up the expectations of what someone known as The Stuffing Lady would be making. No pressure. And I knew it would have to be completely different from the other one. So, cornbread stuffing seemed like the obvious choice. 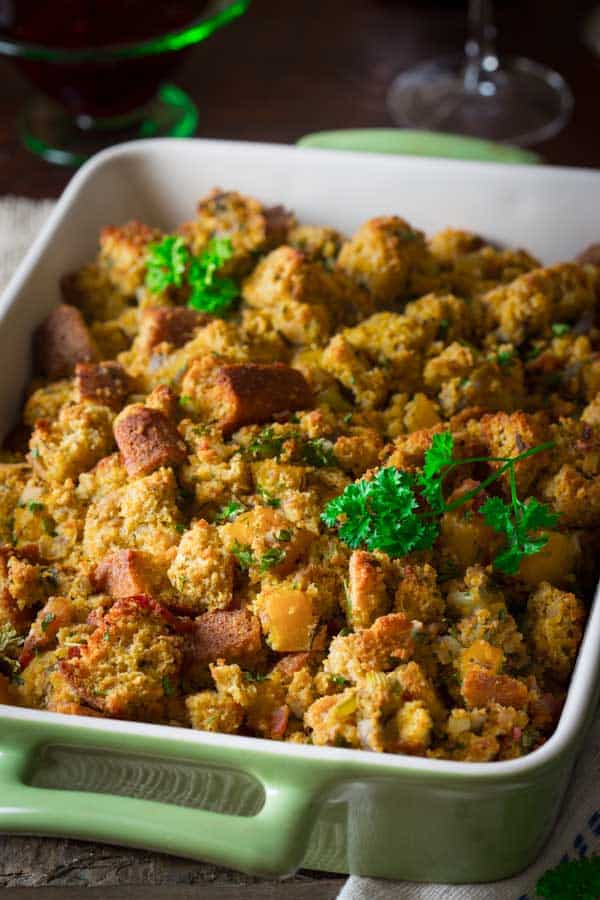 I also wanted to make it gluten-free so that everyone at the table would be able to enjoy it. So many families these days have at least one person who is avoiding gluten. So, I made my own gluten-free cornbread. Then I added in butternut squash and bacon to make it more exciting. Celery of course, plus a bit of nutmeg and sage. And then finally I tweaked and tinkered with the seasonings and moisture levels. A lot. I tested and retested this gluten-free cornbread stuffing recipe. 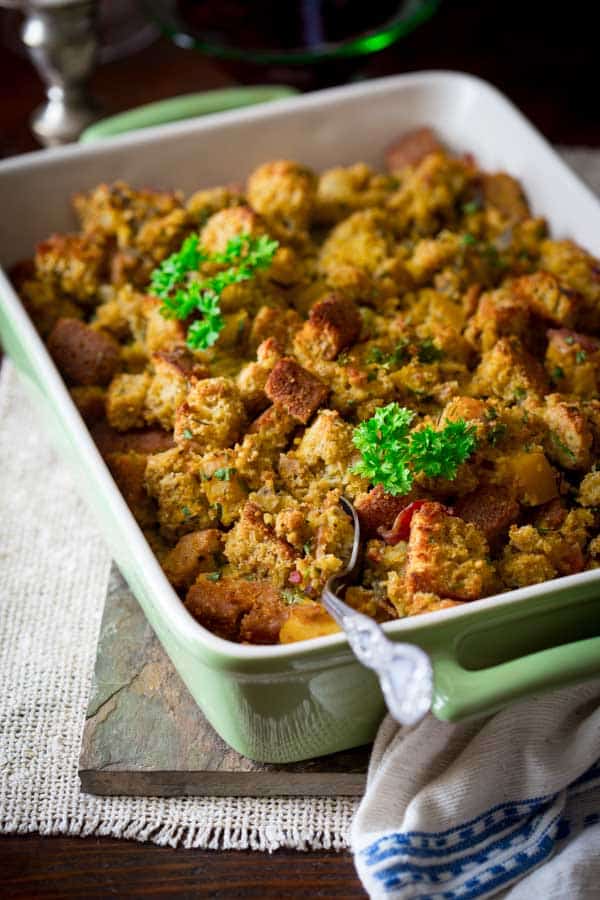 So we have basically been eating this recipe for a month. Breakfast, lunch and dinner. Every batch makes 12 servings, so it has been on our plates like every day. Jase and I have been warming it up for breakfast and then laying a yolky egg on top and a hit of sriracha, oh baby! And I can officially say that it is worthy of the Stuffing Lady’s seal of approval. 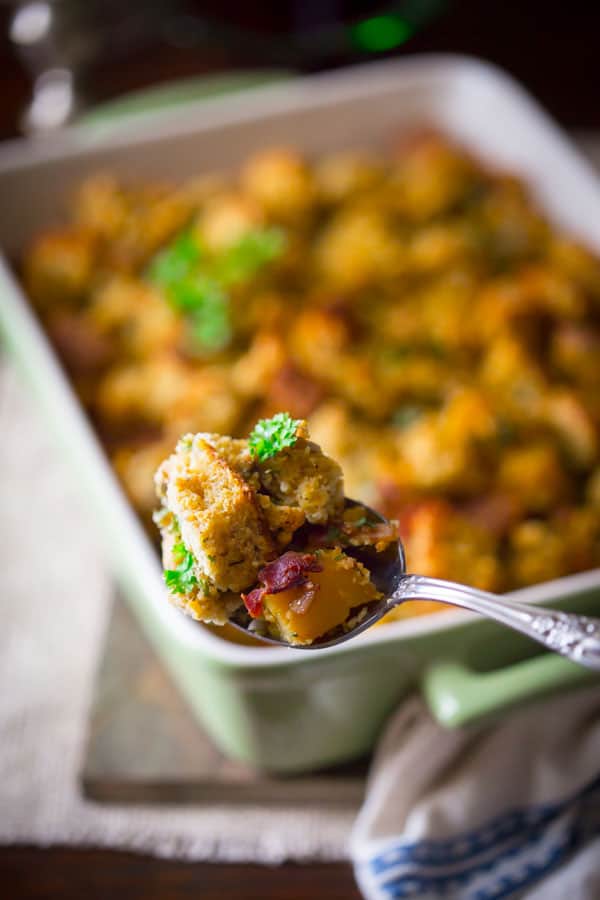 Is anybody at your Thanksgiving table avoiding gluten this year?

Do you make the same stuffing recipe every year?

Have you ever had left-over stuffing for breakfast?

A healthy gluten-free cornbread stuffing recipe with bacon and butternut squash for Thanksgiving. Seasoned with smoked paprika, sage and a pinch of nutmeg. 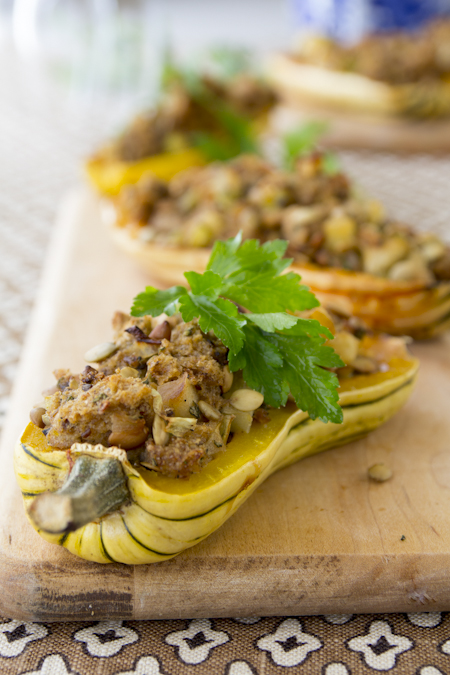 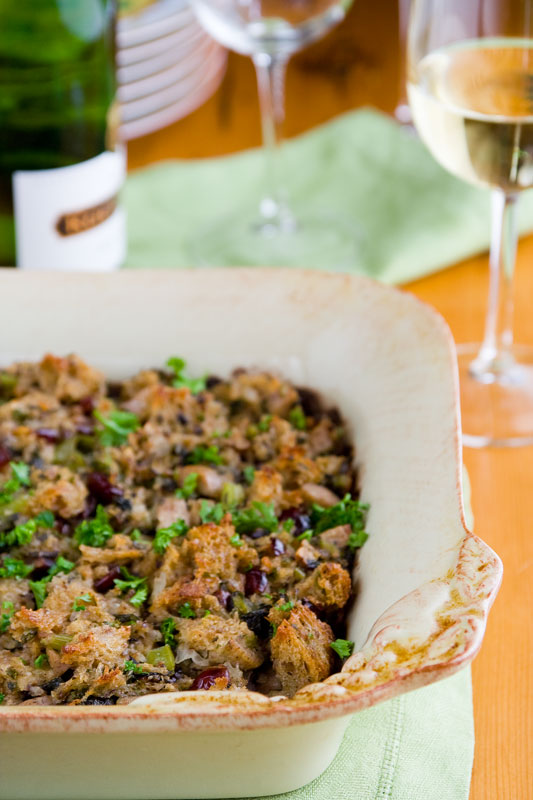 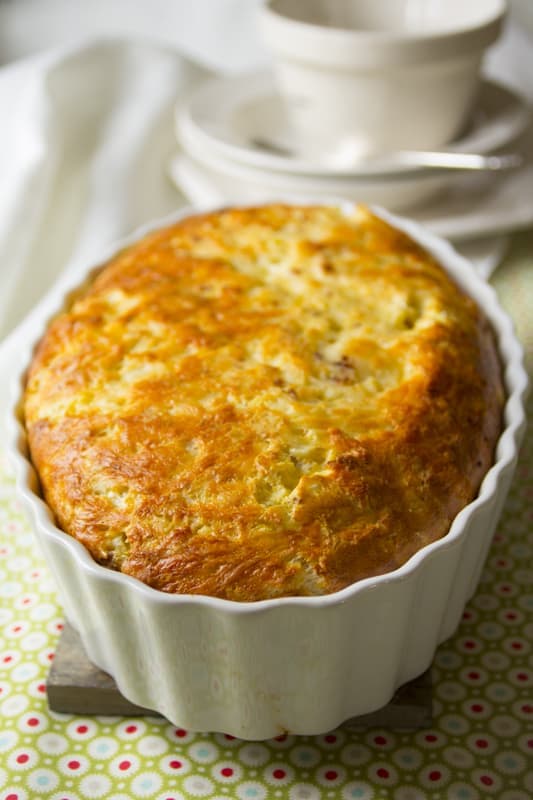 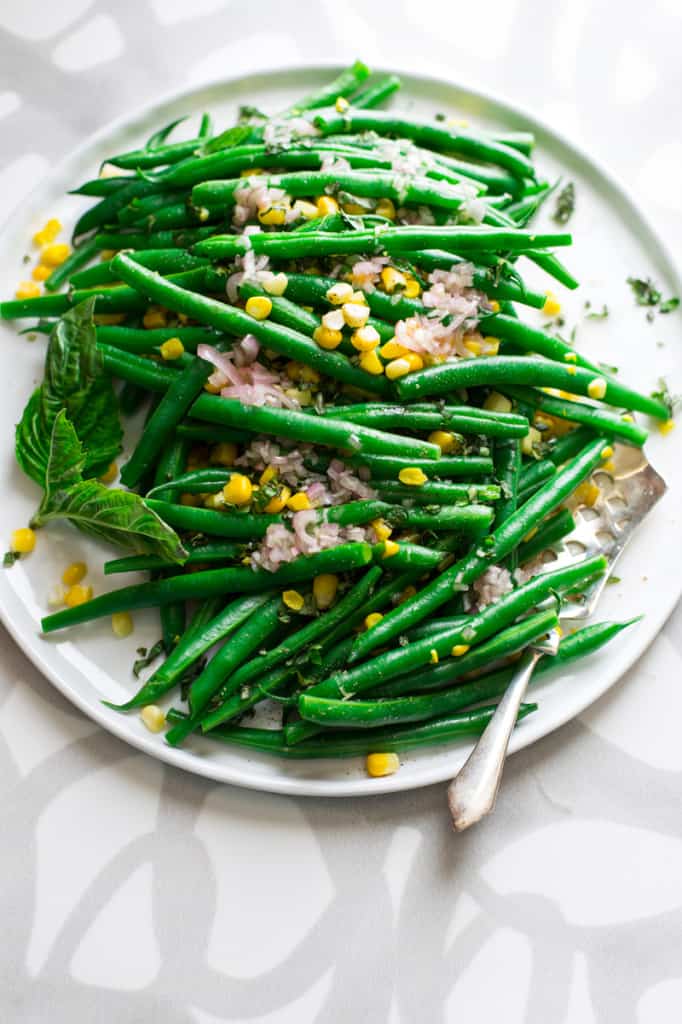 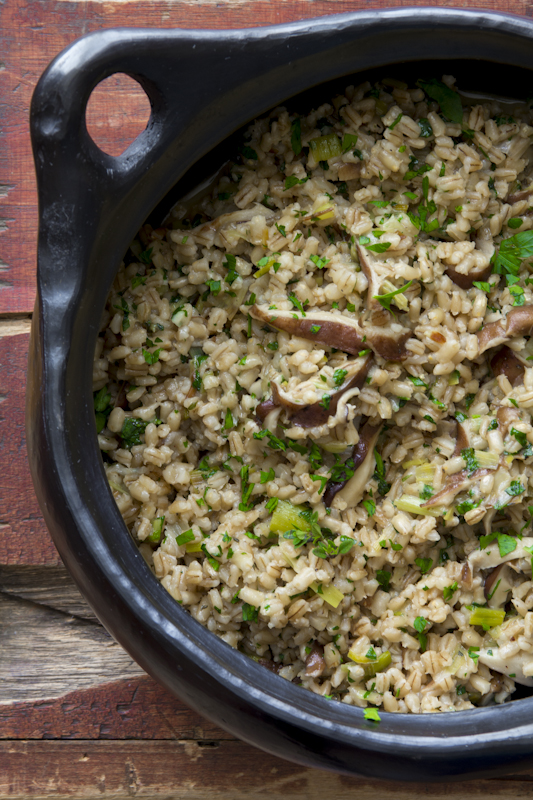