Today I have a friendly little cooking and photo challenge for you all and a giveaway. Plus I wanted to make sure you knew about my yumtastic composed bean salad recipe from the most recent issue of EatingWell magazine. 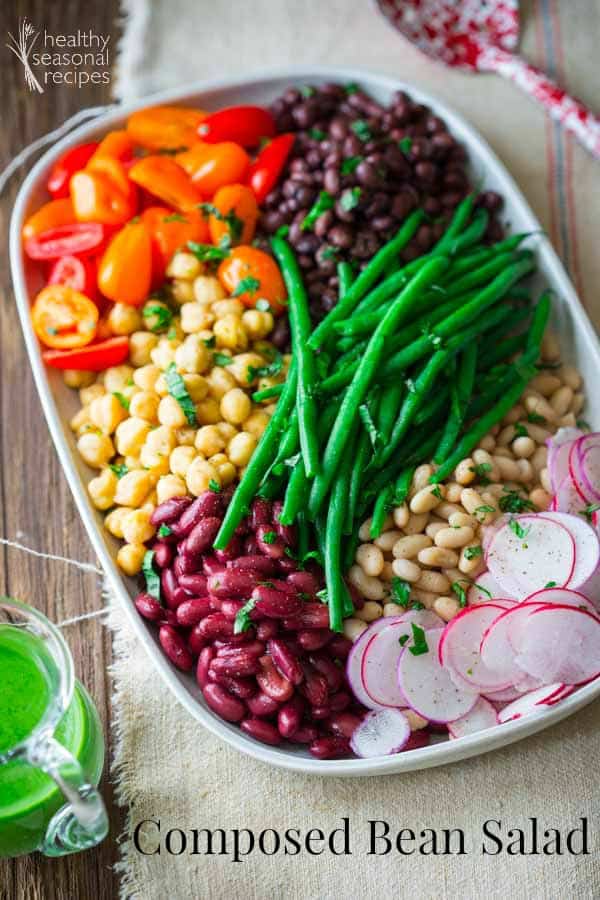 Earlier this year, I submitted six recipes to EatingWell, for a feature with a working title “Beyond Three Bean Salads.” The idea being that bean salads can be fun and new and unexpected and go way beyond three-snoozeville-beans-in-a-bowl. A few weeks after submitting the recipes, I heard that the recipes were getting rave reviews from the test kitchen and tasters. Apparently, there was also a bit of talk among the editorial staff about maybe even running the composed bean salad recipe on the cover of the magazine. My heart fluttered and I felt a wave of excitement, but I quickly dismissed it, and really didn’t think of it again. I mean, that sounded amazing, but so unlikely. 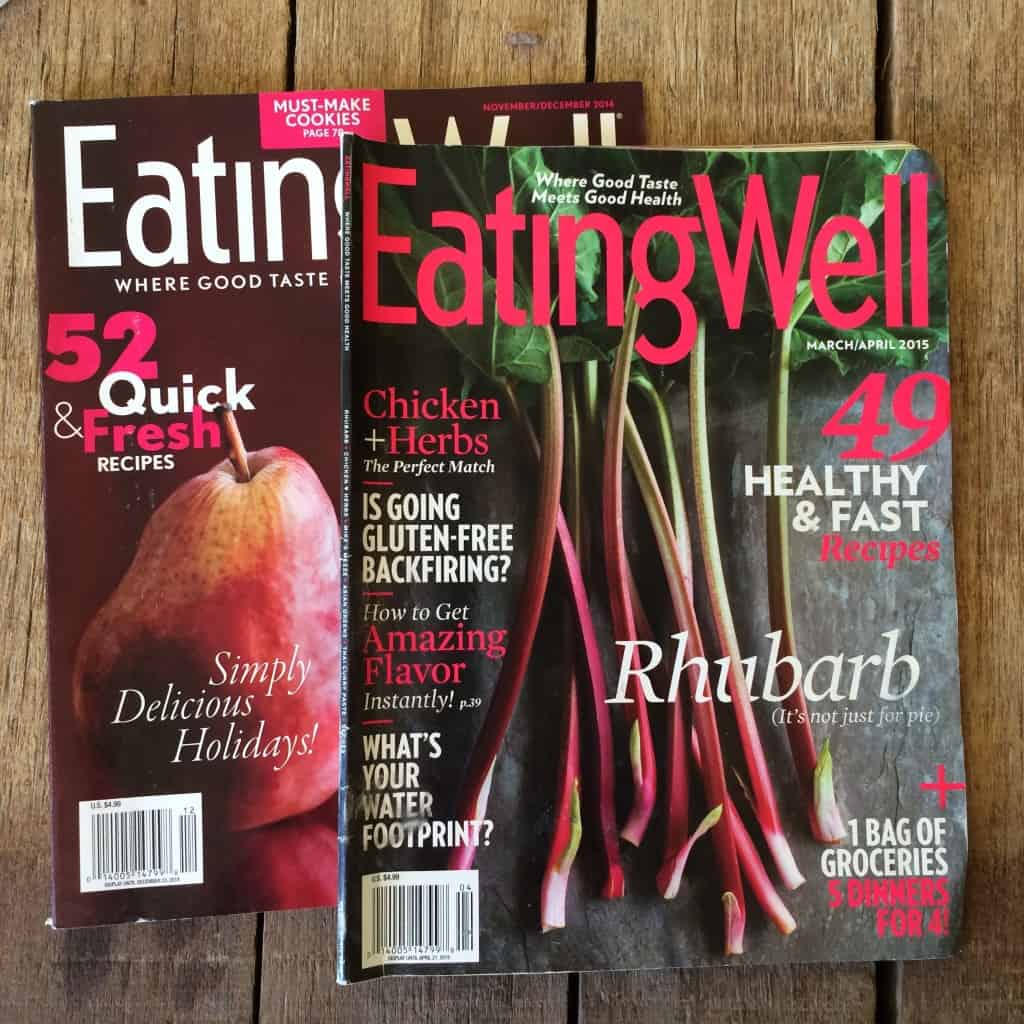 EatingWell covers are always gorgeous whole food shots and a recipe would be quite a departure. If you’re not familiar with the covers of EatingWell, they are always of fresh uncooked foods, not recipes. Picture a perfect pear or two, a basket of blueberries, or earlier this spring was whole rhubarb stalks- one of my favorite covers ever!

As a food stylist for Eating Well, I have styled my share of these shots over the years, some I feel so excited about and sadly some of which end up not running. I know how it works, there are a few options, they get mocked up and then the favorite is chosen.

So when my editor mentioned the composed bean salad as a contender for the cover, I figured the recipe may even be photographed with the cover in mind, but it would never make it onto the actual cover. Then I started hearing from other friends on the staff that it was maybe moving forward. Just rumors I was sure but my hopes did start to climb a tiny bit. 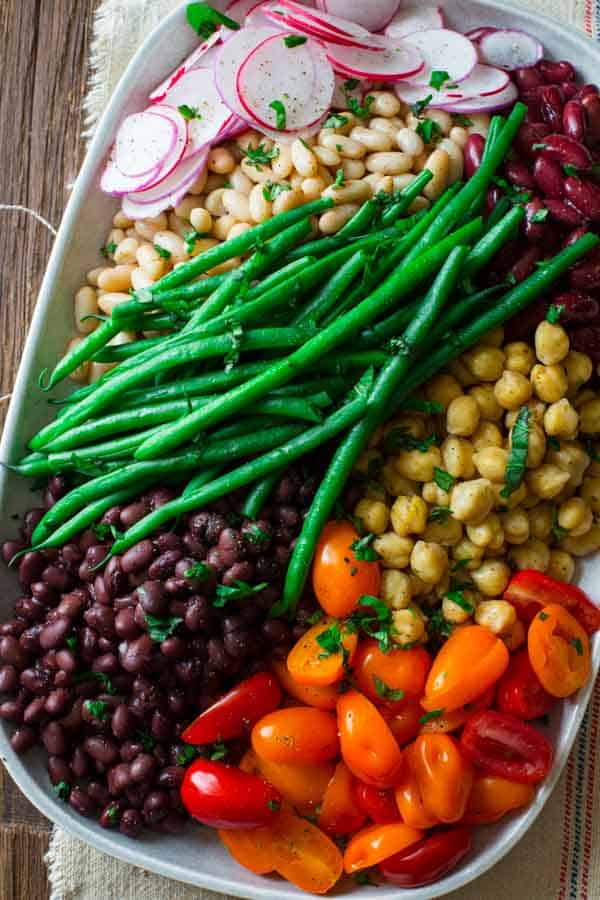 Then a few weeks before the issue was supposed to hit newsstands, I couldn’t wait anymore. I texted my sister Jessie, in case you didn’t know, she is the Editor in Chief of the magazine, and I knew she would be the one person who would tell me for sure that it was all a rumor. {You’re probably wondering why I didn’t ask her before that, but honestly we never talk about work stuff. Since we’re such good friends it is just better that way.} She said, no it wasn’t going to run. They had just done a mock-up. She even sent a pic of the mock-up. I was pretty bummed. But I had been prepared for that.

Then EatingWell, tagged me in an Instagram photo of the cover and I think I actually started crying a little bit! A lot of exclamation points flew! It was the salad! On the cover! Of the magazine! That was my recipe! Holy moly! I was only mad at my sissy for punking me for about 11 seconds, and then I was so so excited! I am so glad to have had the surprise. And after reading her awesome letter from the editor, I felt even more honored. 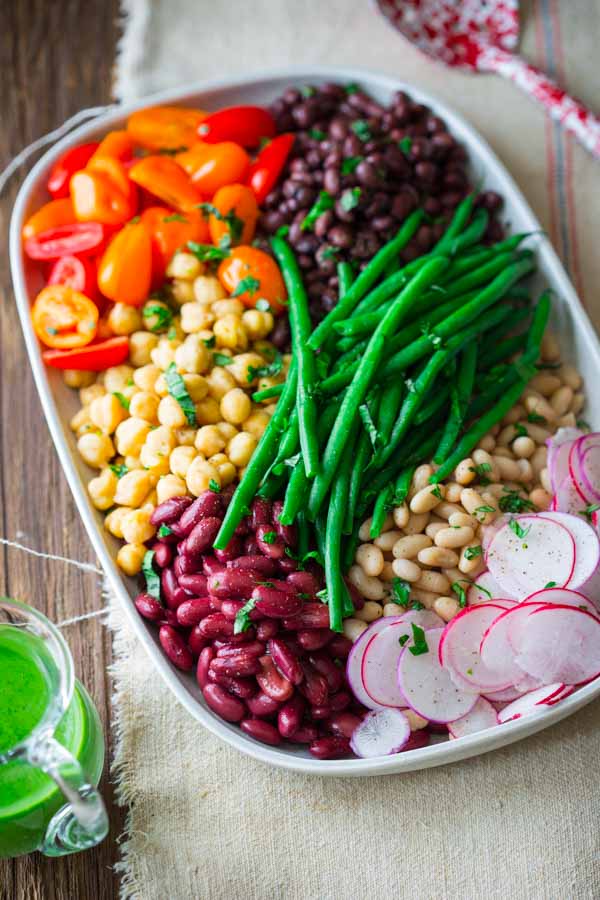 Even now, that I have an issue in real life sitting on my counter, I am still excited every time I look at it. I feel like it is a real milestone in my recipe developing career to have a cover recipe. And the photo itself is stunning. Leigh Beisch took the shot. If you don’t know her work you should check out her website and Instagram account. Her lighting and compositions are just beautiful and very inspirational. 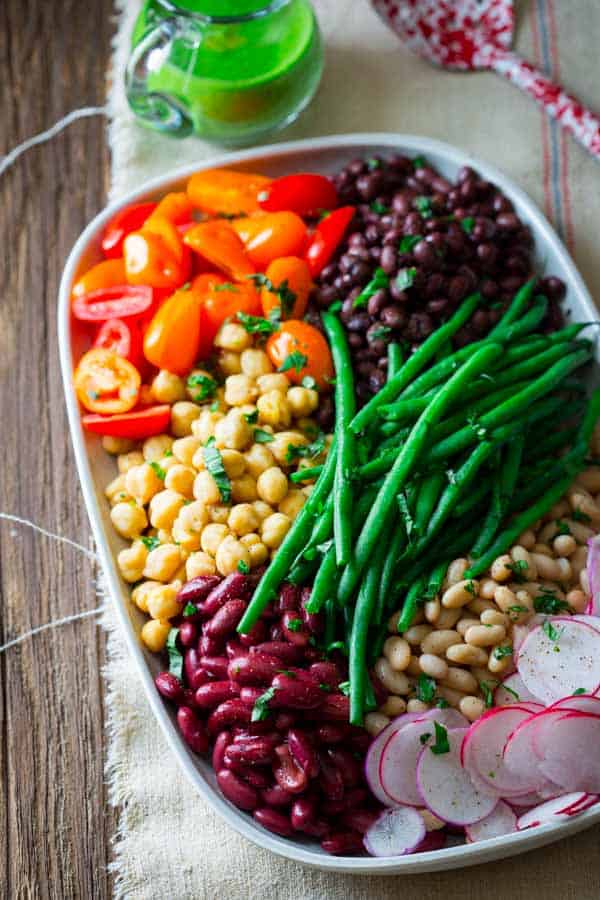 Speaking of Instagram, I don’t want to forget to tell you about the cooking and photography challenge I mentioned. For the months of May and June EatingWell will be re-gramming their favorite reader photos of the cover recipe. What that means is that if you make this recipe, and I really hope you do, take a picture of it and post it to Instagram. That’s what I am planning to do today with one of these photos I took for this post. Be sure to tag it @eatingwell and #CookTheCover and they’ll share their favorites! I hope you’ll tag me @healthyseasonal too! 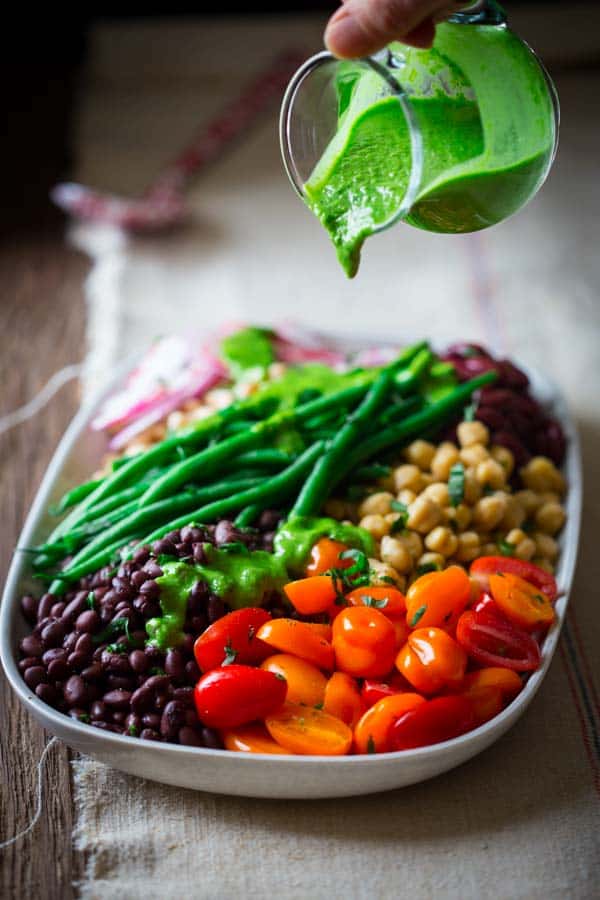 If you don’t have an issue of EatingWell at home, you can GET THE RECIPE HERE. You can see the rest of my bean salad recipes in the May/June issue or on the EatingWell website. {Don’t miss the moroccan kidney bean and chickpea salad– it is crazy good!} 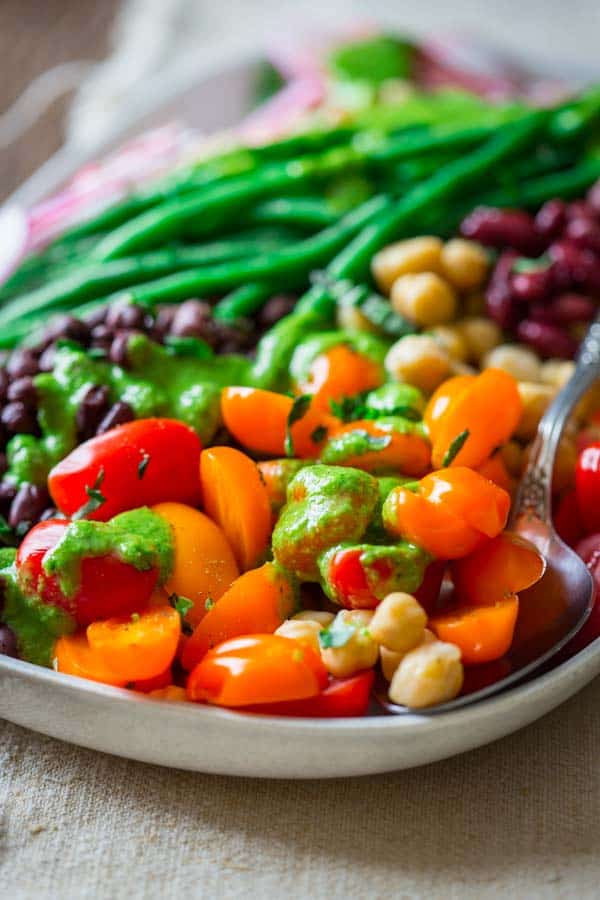