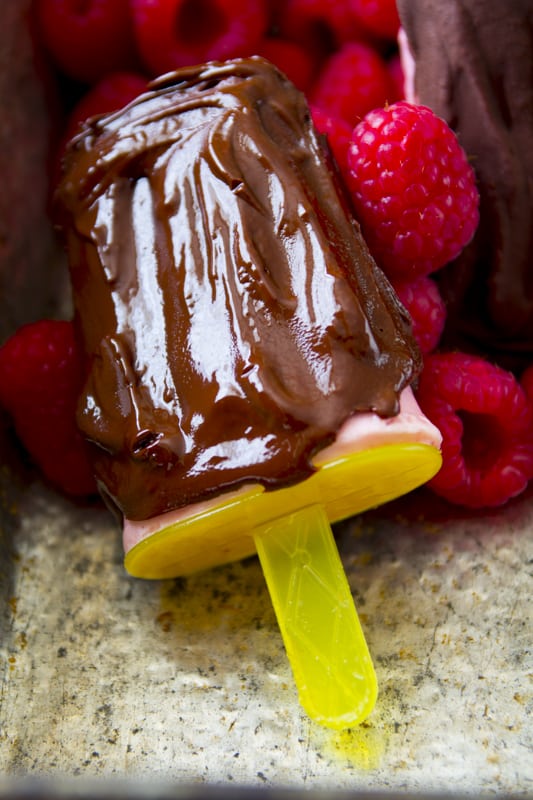 I don’t want to wallow in sadness, but I just have to get something off my chest. Please feel free to skip to the Dannies recipe below. I won’t fault you. But I’m just going to lay it out there, and you can decide right now if you want to read on. We had to put Chuckie Bear down. 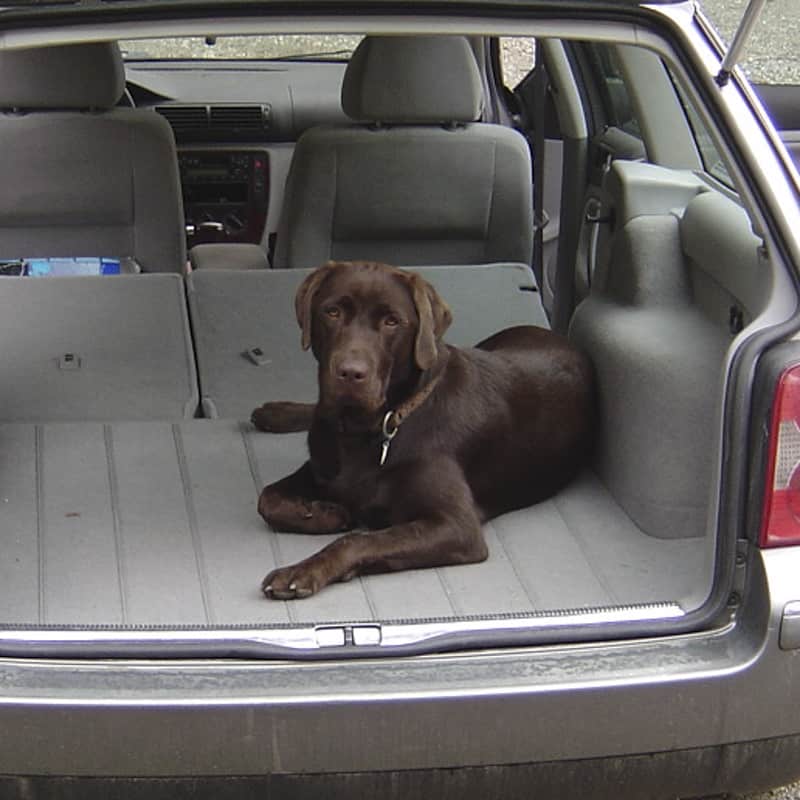 Chuck was the best dog ever. He also was possibly the smelliest dog ever. And I’d like to add to that he was also in the running for the drooliest dog ever. Chuck was so completely head-over-heels-obsessed-with-food, that when I was cooking dinner, he’d hover by the stove and his drool would extend from his droopy jowls all the way to the ground. He’d scrounge under my feet the entire time I cooked every single meal, all the way to the end. Screw Dyson, Chuck was the best vacuum ever. 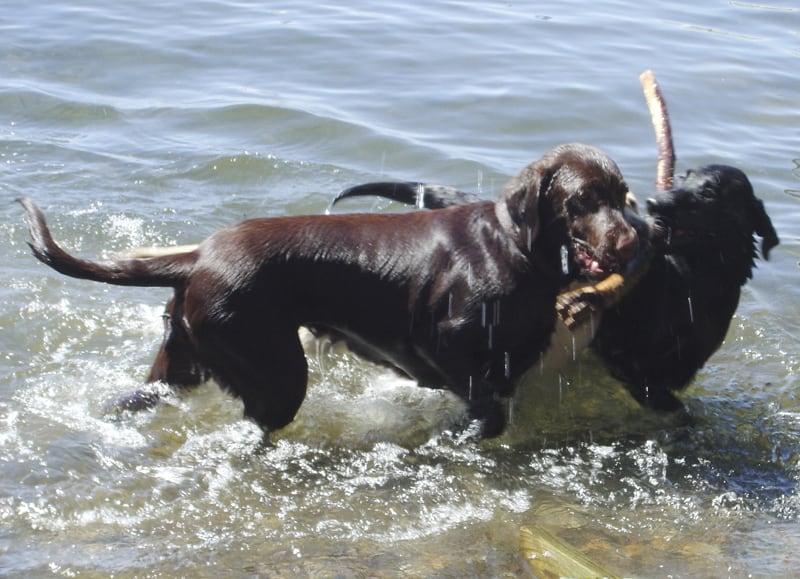 He was also an obsessive waterdog. He sought out water at any opportunity. Even a grody muddy stagnant puddle was the perfect respite in his opinion. I’d take him on runs or hikes and he would race ahead, and then find a puddle to lounge about in, drinking up the stanky mosquito larvae, waiting for my biped slowness to catch up. Then of course he’d shake that crap all over me when I caught up. Even after we had his leg removed to get rid of the cancer he found a way to swim in my mom’s pond. He used his snout like a snorkel, but that darned dog could still swim.

He was also pretty much obsessed with his family. He was so entirely devoted to us I cannot even imagine a more pure-feeling being on this planet. When my little one was a toddler she was climbing on him and actually stood on his boy parts and he barley wuffed out a whisper of a growl. That is the only time I ever heard any (any!) sound that would be construed as more than loving toward them.  I remember looking into his eyes at one pint when he was maybe a year and a half, and I was filled with terror. Terror because I realized how much I loved him and that some day he would die. 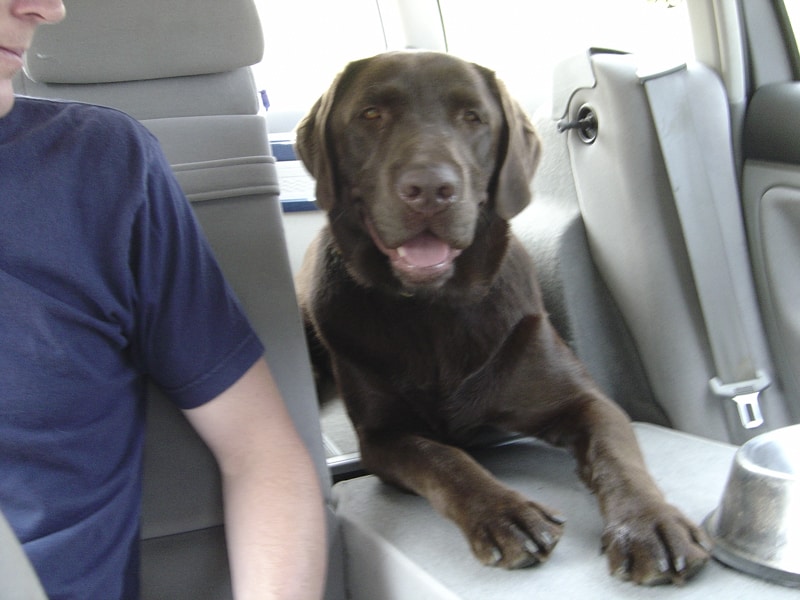 We’ve known since late November that Chuckie was sick. But we heard what our options were for treatment and we decided to put up our dukes and punch that cancer in the face.  Less than a week after his diagnosis, he was in surgery and his front leg was removed. Bringing him home from the animal hospital was one of the worst days I have ever known. He was pretty bummed, but recovered remarkably. His test results looked great! Then we started a mild dose of chemo a few weeks later. Never the less, the cancer had already spread to his lungs. We found out a couple of months ago and stopped treating him and just maintaining at that point. He gradually got weaker and weaker and had more and more difficulty breathing. We finally made the appointment for Friday.

On the morning of the deed, I let the girls give him his last meal. He had always loved licking out the final drips of yogurt when I ate a container of yogurt. He’d always lap the thing completely clean. That morning I let them give him an entire cup. They took turns holding it, as he tried to get every single molecule of yogurt out of the cup. Then he went to his bed in the mudroom closet and began to shut himself down. I could tell he was in pain. And I wanted his pain to stop.

Dr. Dan came to our house.  Even though Chuck barely realized that the vet was there, even though he could barely gasp for breath, when Jase picked up his dog food bin to make more room for the vet, and the bin rattled and made that distinctive “I’m about to get fed” sound, Chuckie picked up his big old food-obsessed-head. Dr. Dan actually lay down in the mud-room closet to give him the dose of euthanasia medication.

I cannot say how sad I am about the loss of this dog. That is the only emotion I feel. I am not regretful in any way. I know we did everything we could have done. I know he had an awesome life. I just feel sad. I miss him. Like my daughter said, I have a hole in my heart. 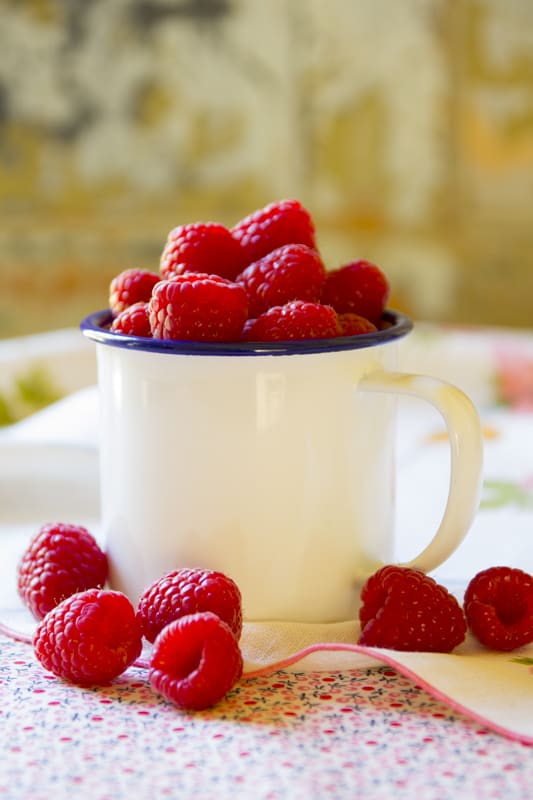 So when I was thinking of sharing this story with you, I knew that there was really only one recipe that would fit the situation. I mean, Chuck would really have appreciated any recipe. He was completely non-descriminating of any of my cooking.  But I knew he’d really like some more yogurt. 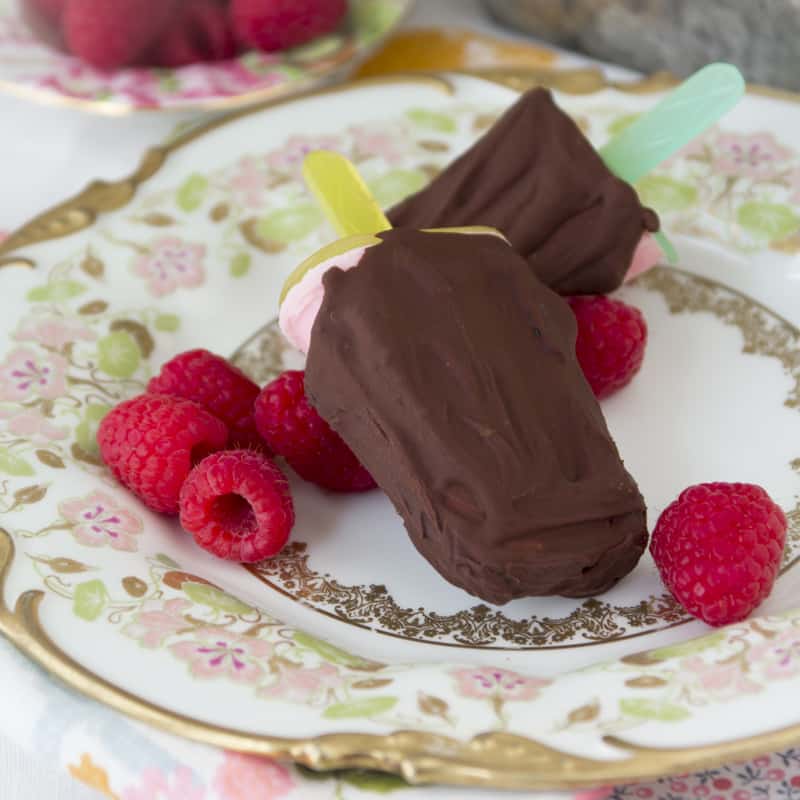 And his being a chocolate lab of course the recipe would have to be chocolate [even though I wouldn’t feed a dog chocolate.] So I decided to make a recipe from a childhood memory. It was a yogurt popsicle made by Dannon in the 80’s. I believe they were called Dannies (or Dannys) though I can’t really find anything about that. So maybe that is what my family diminutively called them because we were so fond of them. They were creamy and sour at the same time. And they had a super thin crust of chocolate over them. I know Chuckie Bear would consider them drool-worthy. 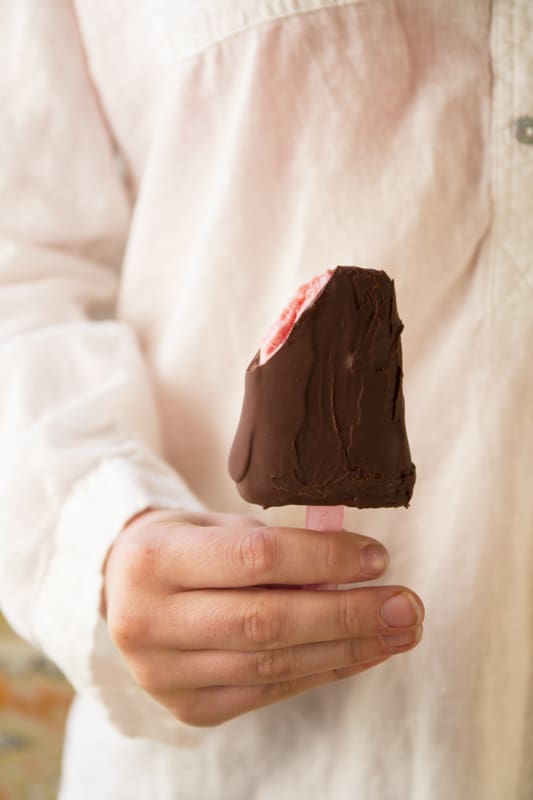 I decided to make a recipe from a childhood memory. It was a yogurt popsicle made by Dannon in the 80’s. I believe they were called Dannies (or Dannys) though I can’t really find anything about that. So maybe that is what my family diminutively called them because we were so fond of them. They were creamy and sour at the same time. And they had a super thin crust of chocolate over them.

Makes 1 3/4 cup yogurt mixture, so depending on the size of your pop molds you may have more or less than 6 pops.