Home » No Index » the best of healthy seasonal recipes 2014

the best of healthy seasonal recipes 2014

Just when everything is getting good, time starts to speed up. I know it sounds cliche, but I don’t feel like it was that long ago that I was writing the best of 2013. How did we get here so fast? This year has been about reaching big big goals, trying to slow down to enjoy the moment (but doing a sucky job of it), working out like a mad woman, writing a cookbook, and finding my voice. Below you’ll find the five minute version of my year in review.

I should have known big things were in store for 2014. The year started off with a bang with the second most popular recipe of the year, Mini Beef Wellington Pot Pies posted on Jan 5th the cutest little bites you ever did saw. Actually I should be saying that in a British accent… oh well.

Later that month I wrote another post that got a lot of you talking. I took me a while to write it all out, but the process of doing it helped me clarify my thoughts on sugar. I think it was on my mind a lot, since I had started the process of writing my proposal for a cookbook all about the subject of maple syrup. 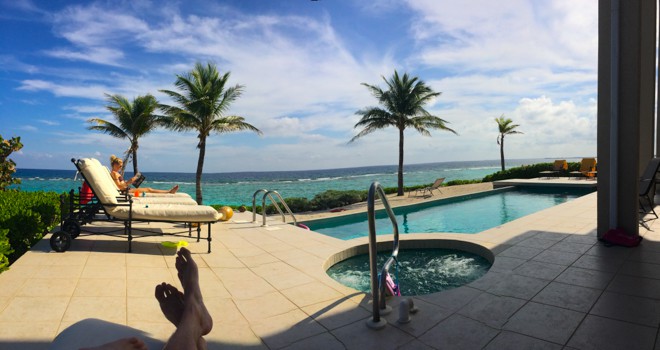 In February I thawed myself for a week in the Caymans. 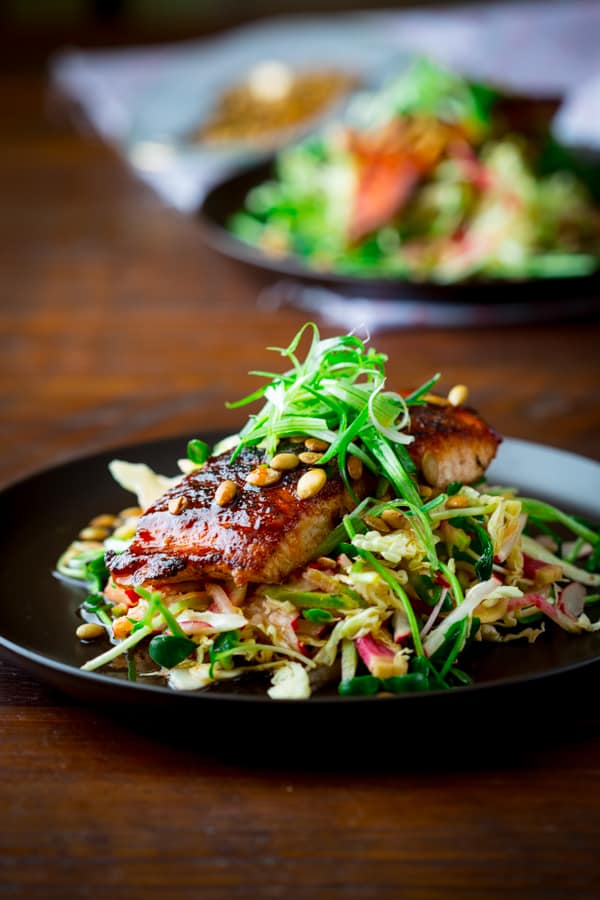 Maybe it was all the relaxing I did in February, because by March I was really grouchy. I wrote this long rambling rant of a post about how pissed I was that no matter what I did I was failing as a food blogger. Sheesh.

And then in March I found out I had been accepted into the ranks of FitFluential Ambassador and I made a freakin’ delicious recipe, Hot and Sweet Slaw with Jerk Spice Salmon to celebrate. The recipe is a good one you guys. It easily made the Best of Healthy Seasonal Recipes list and became the number three most popular recipe of the year. This is a positive step I guess. 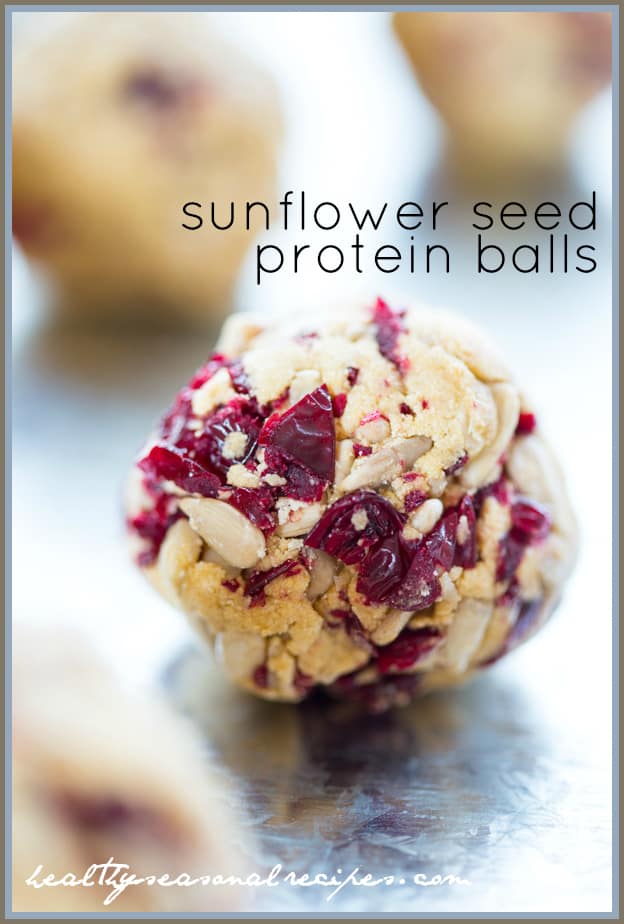 After a colder than normal March, April was filled with maple sugaring in our backyard, running and lots of working out. I re-fuled after workouts with these little nut free sunflower seed protein balls which also made the top 5 most popular recipe list.

Then May happened, and I had like a totally major ohmuhgah moment as a blogger. What was the moment you ask? I decided that it was okay to let the world know that I love salad above and beyond all other foods and I was born this way baby. 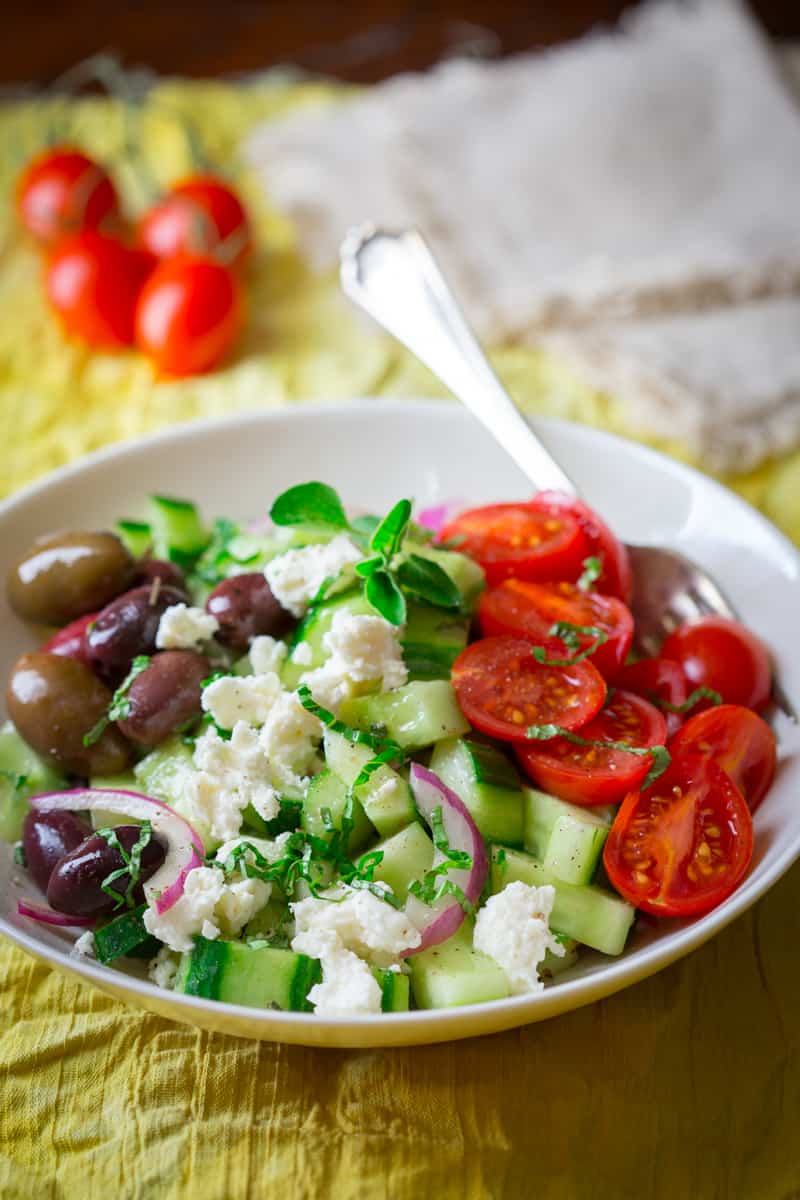 Thus spawned a whole month of salad recipes and I wrote some great posts in the process of discovering this. My favorite one of the entire year would be this one. And this one helped clarify things about my priorities. I also ran a much shorter race than I intended to, but was pretty happy with how it all went down. 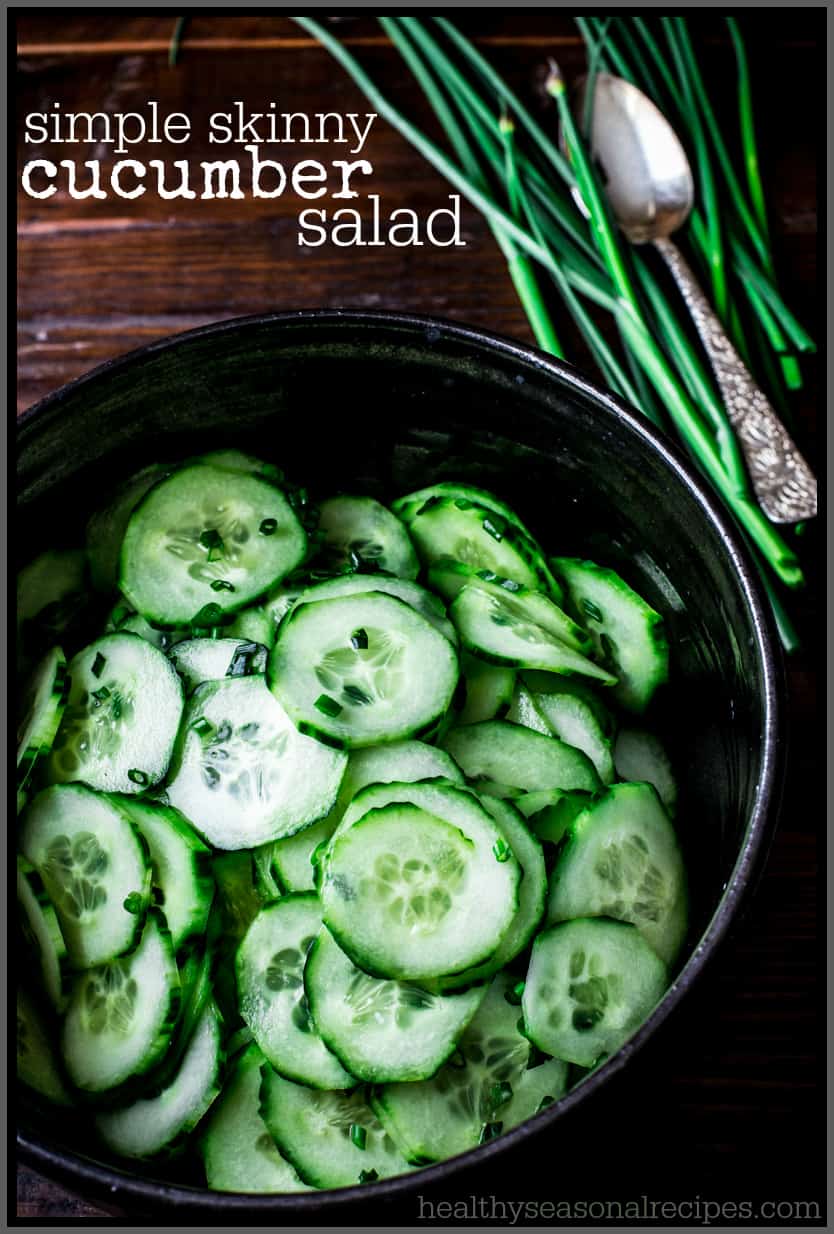 I also have to give a shout out to the fact that the number one most popular recipe of the year was from the month of May^^^that one^^^. It is head-smackingly-stupid-easy. Simple Skinny Cucumber Salad. This too was sort of an aha moment for me. You all are cool with the same stuff I like. You like salads too. You like simple stuff too. Why did it take me four and a half years of blogging to realize this? 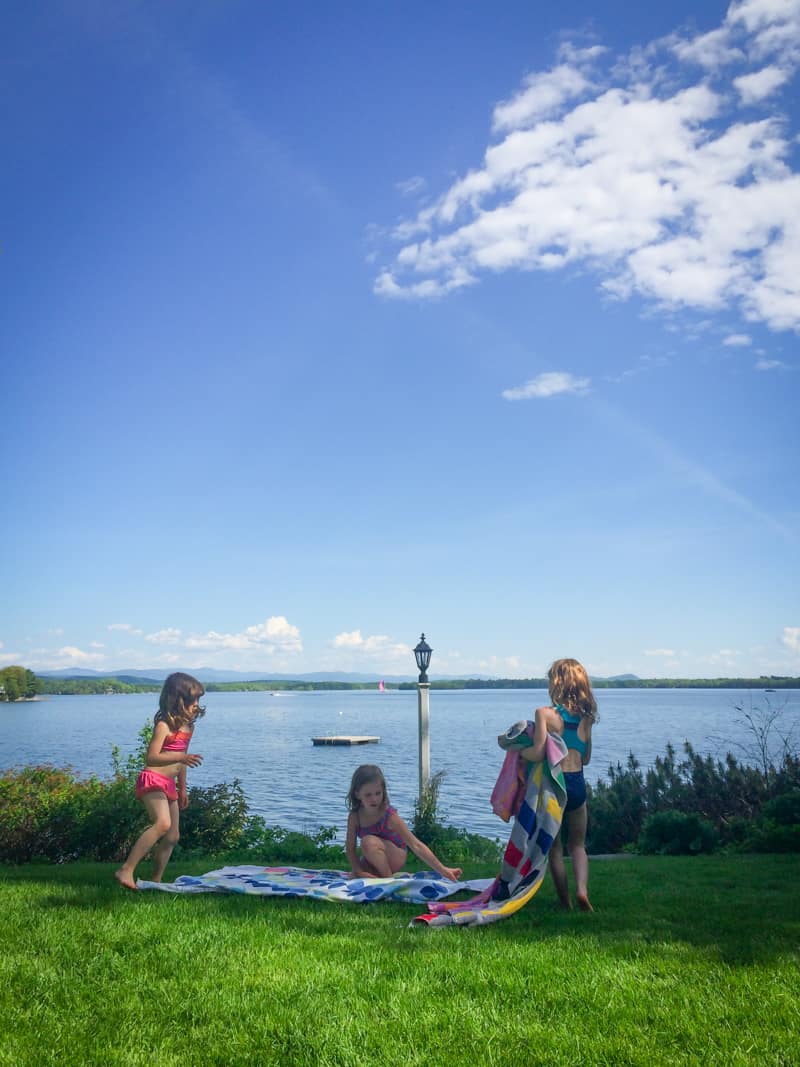 June was spent moving into our new lake cottage with my sister and brother in law. We quickly fell into a pattern of awesome dinners on the porch. I tried like crazy to stop and smell the green grass under my own feet. I also started writing Thursday Things posts, and I created a non-recipe space to say shit like this about finding satisfaction in your diet and about attitude adjustments. 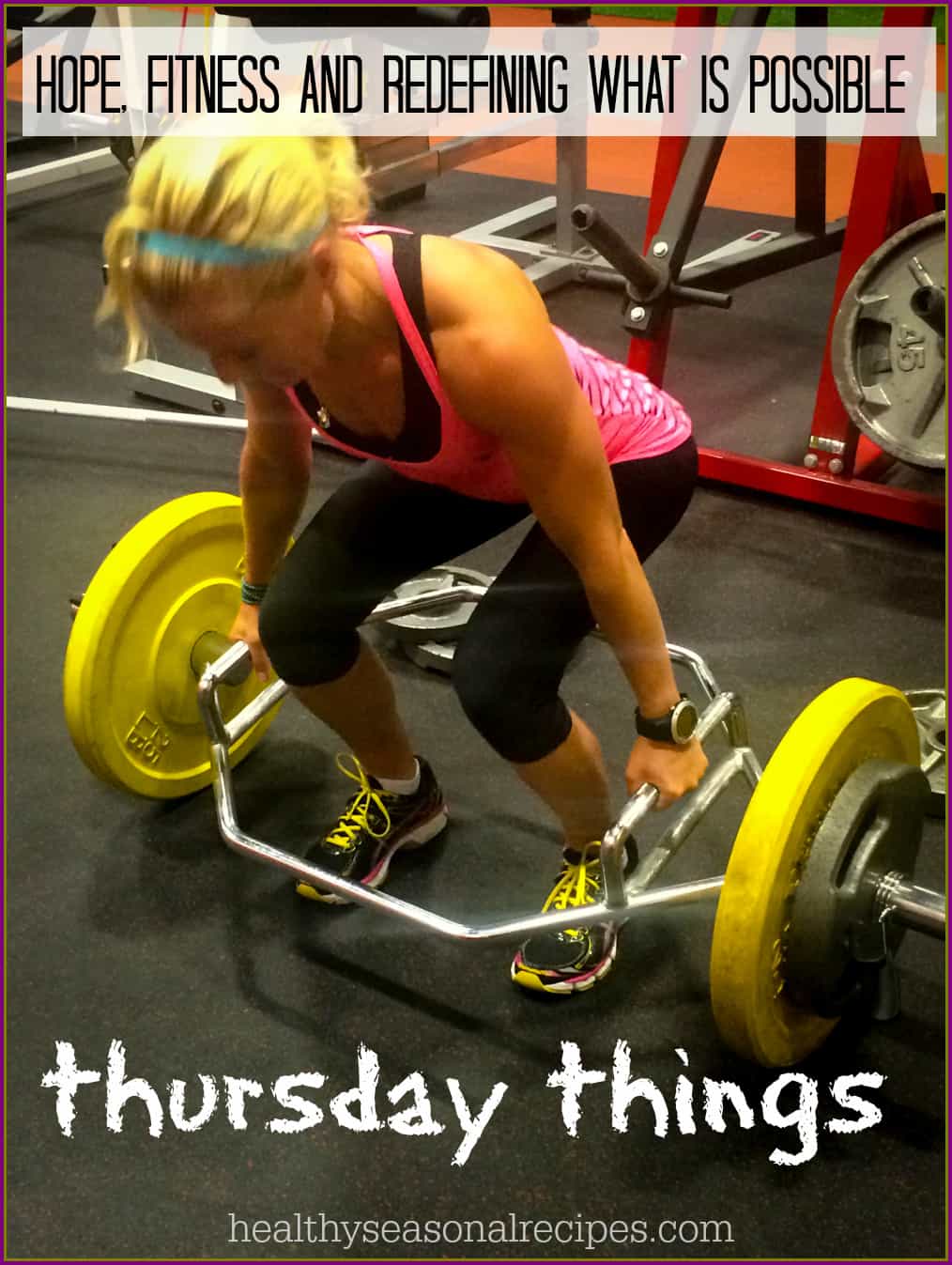 July meant that I started the 365 day count-down to the big 4-Ohhh. Fuck. I compensated by lifting heavy shit. {When did this become one of those posts where I curse a lot?}

In August, I was working behind the scenes with my literary agent on a deal for my cookbook. The last week of August I put my littlest one on the school bus for her very first day of Kindergarten. 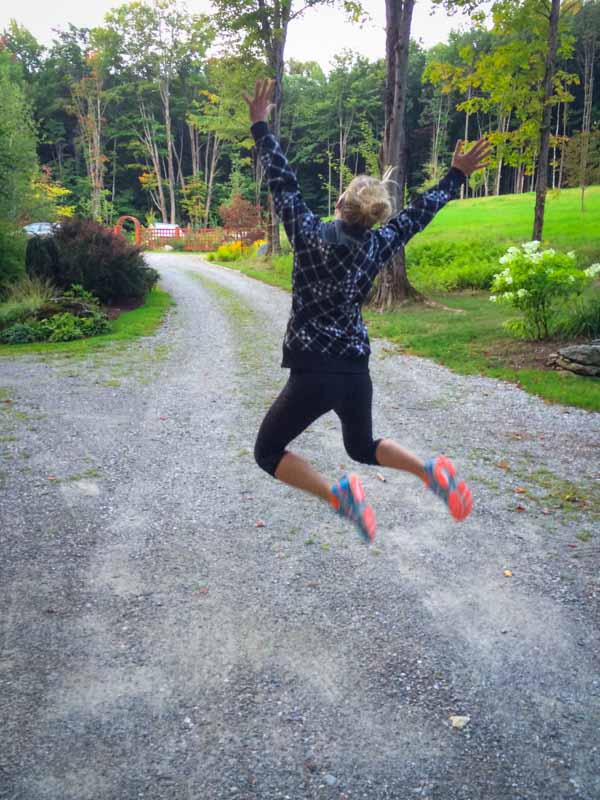 I was pretty stoked about going from ten-hours-per-week-times-four-years of driving my girls to and from school to suddenly have normal(ish) working hours. 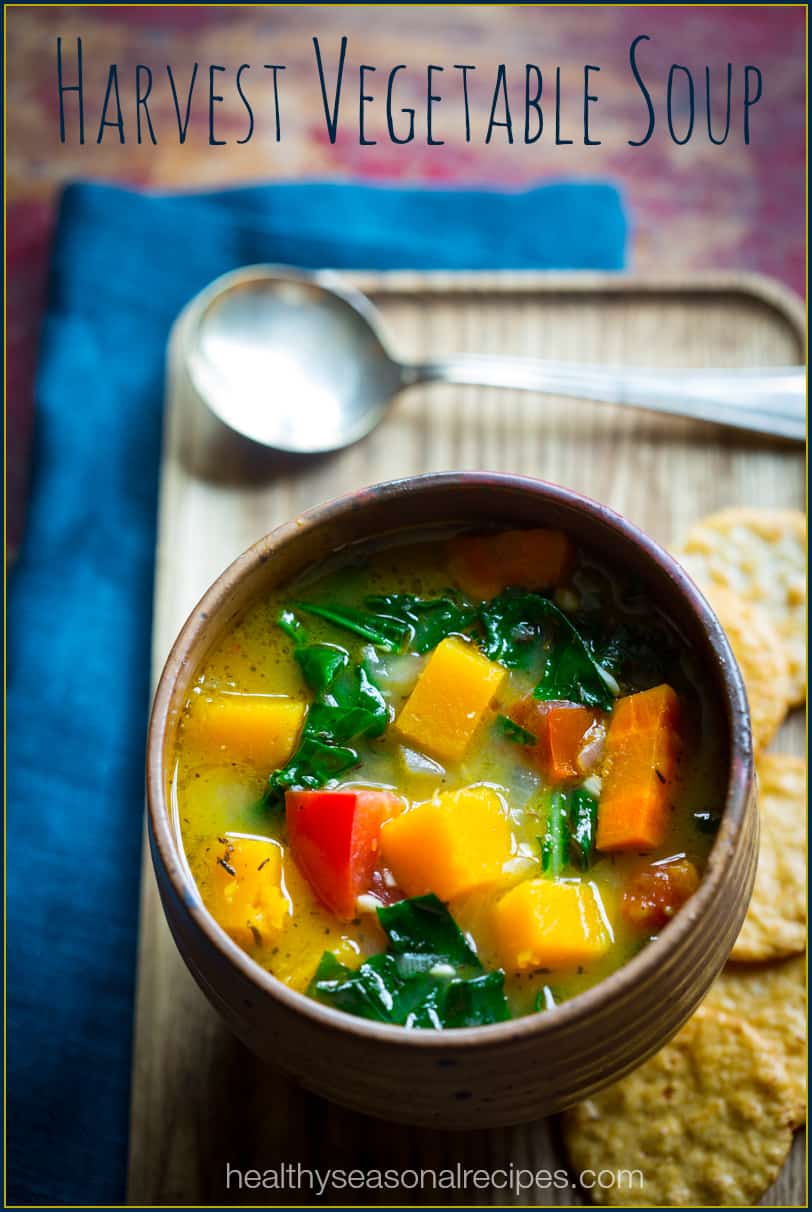 September meant moving out of the lake house, going a little soup crazy, and getting certified as a Body Attack instructor. I also had my friend Ellen help me testing and taking photographs for the first round of recipes for the cookbook. I also went to Pennsylvania to hang with other food bloggers for the weekend. I also wrote a post about being too busy and being okay with it. 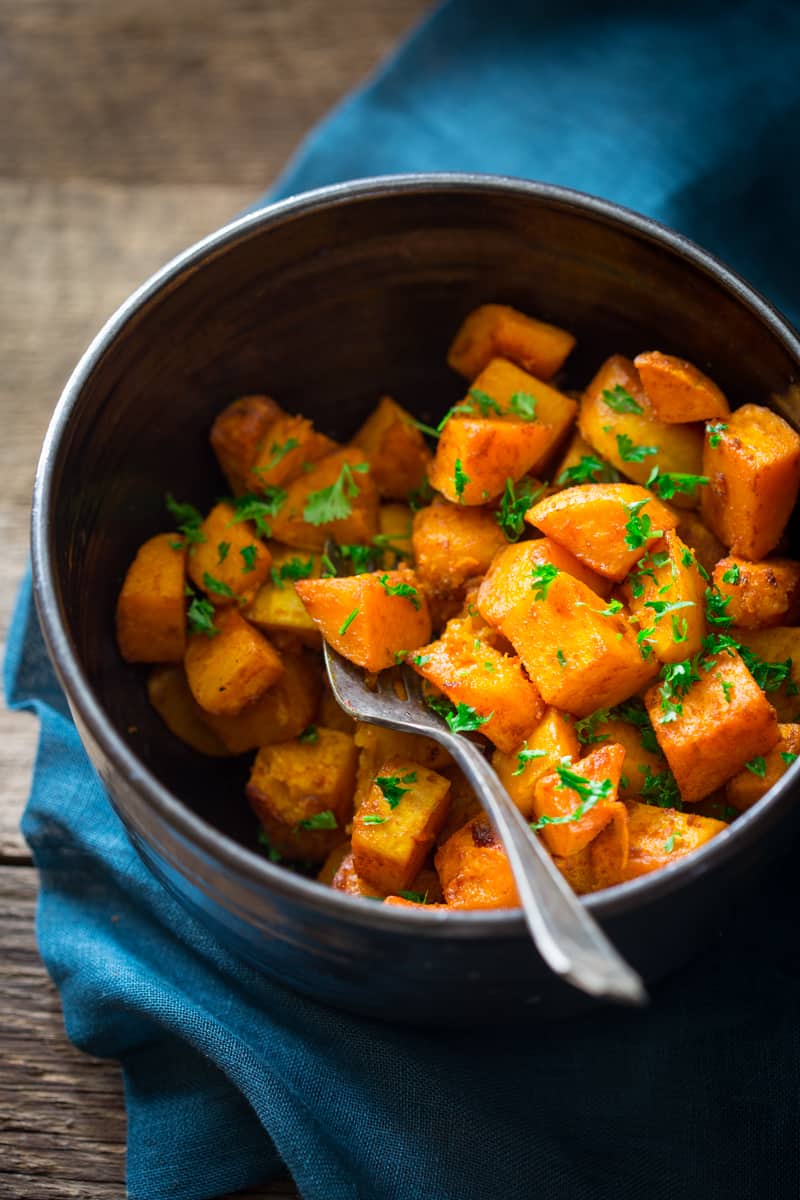 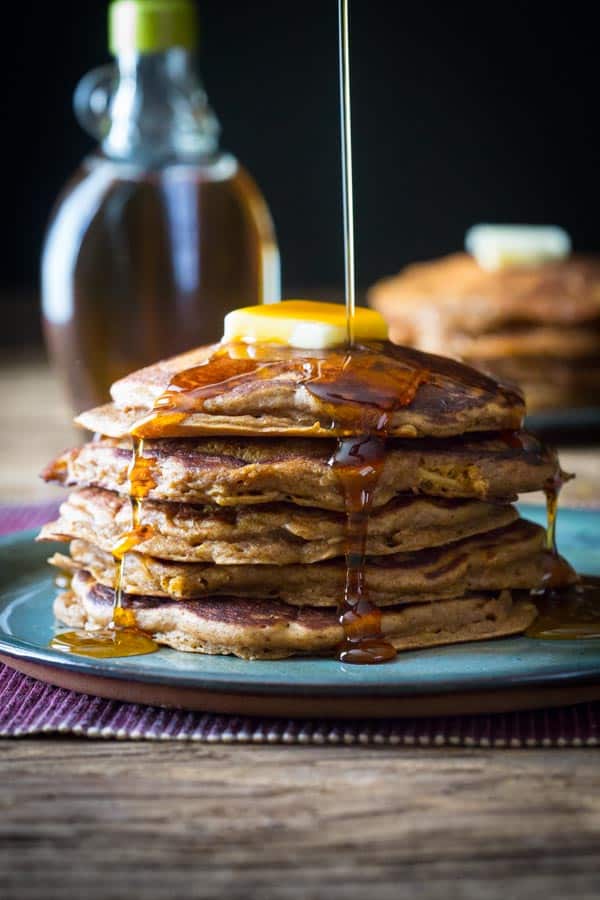 What stands out to me about the posts I did in November was mostly the photography. You can see the November archives here. I did some of my favorite shots of all time for the blog last month. I also did a whole day of shooting for the book with my friend Liz who is a food stylist. She came with all sorts of fresh energy and boxes and boxes of props. It was like a shot in the arm for Maple. I cannot wait to share the images with you guys!!! I am bursting!!!!!

This month has been faster than fast. I have been finishing all of the recipes for Maple and writing the front and back matter.

Looking back on it, I feel like this year is going to be one of those points in my life where I am going to say “That was crazy that I fit all that into one year.” I am so glad to have gone through the transformation from the grouchy post to the cup of tea post and to know you all are here with me on the other side. I have also loved opening up to you all with my Thursday Things posts, and reading your comments in response.

I am so excited to see what happens next year! Now if only I could slow down time. Thank you all so much for being here with me for the ride and reading along. And I love it when you leave comments and share too.

Was there another post I did this year that you think needs an honorable mention?

Were you surprised/happy to the transformation in May?

What were the highlights from YOUR year?

DO you feel like time is going way too fast?

19 comments on “the best of healthy seasonal recipes 2014”