These apricot coconut macaroons are the subject of legend. They are dangerous. They should have a warning label. I am telling you, unless you have a party or bake sale to bring them to, do not attempt to have them in your house. Simply put, they are irresistible. 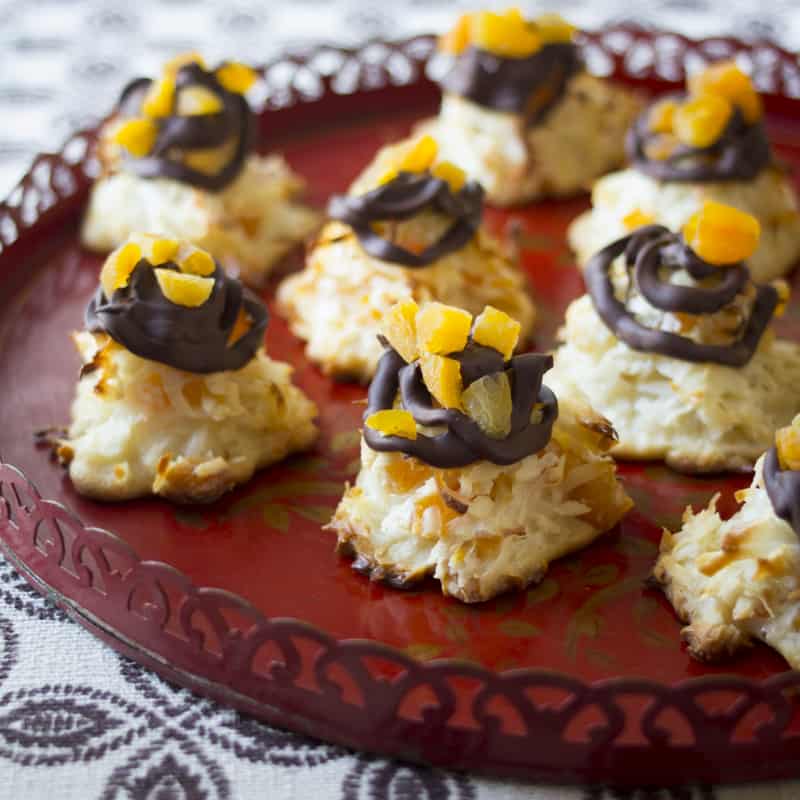 They have a sublime balance of crispy toasty outside and gooey apricot studded coconut on the inside. And then there is a perfect swirl of dark chocolate to balance the sweetness. I am swooning just thinking about how good they are.

One summer, I made these macaroons every Friday for the local farmer’s market. I was selling farm to table take-home meals, and for an added revenue stream, I always brought a variation of these “Outrageous Macaroons.”

I sold the chocolate-topped ones for $2.50 a piece. Some people complained that I charged too much, but I sold out every single time. People would get out of their cars and make a beeline for my table. They would buy sacks of them.

Children would throw tantrums about “needing” them. Even though that was almost ten years ago, people recognize me at the local market and say “oh, you’re the macaroon girl.” 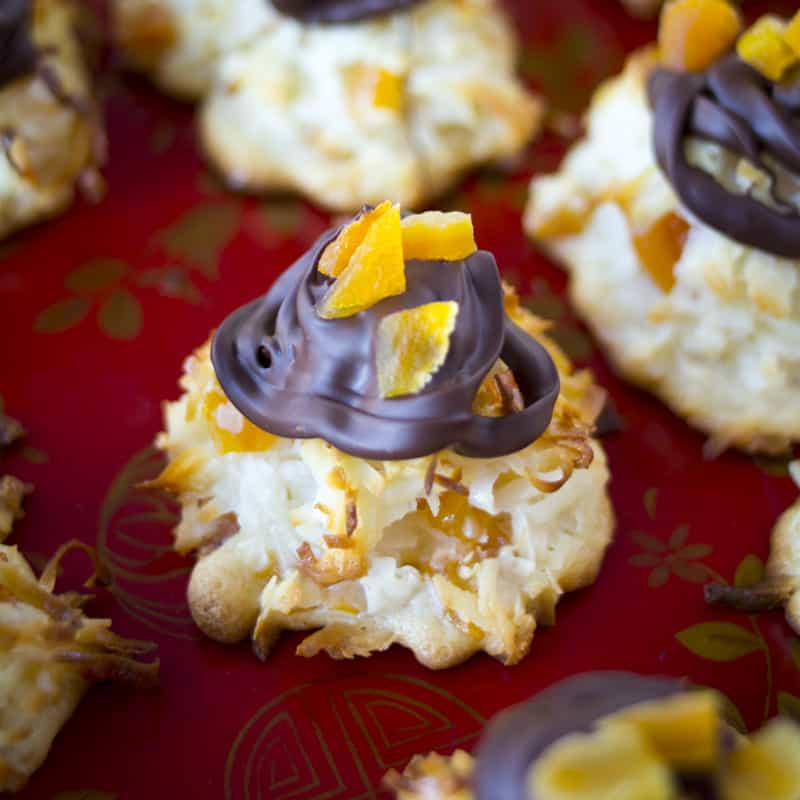 Inspiration for the recipe came from epicurious, while planning a gluten-free party for a personal chef client. I changed it a bit, and doctored it up with dried fruit and chocolate. Note, if you’re eating gluten-free, make sure you check your extracts and choose an alcohol free one. And if you haven’t already be sure to read my step-by-step tutorial on how to temper chocolate here.

Ten years later, I still make them fairly regularly and I get cheers and oohs and ahs when I bring a giant platter of them to a party. Now I’d like to pass them on to you. Once you try them, I think you’ll agree they are worthy of being your wow-moment recipe for pot-lucks.

Coconut Macarons with apricots and chocolate